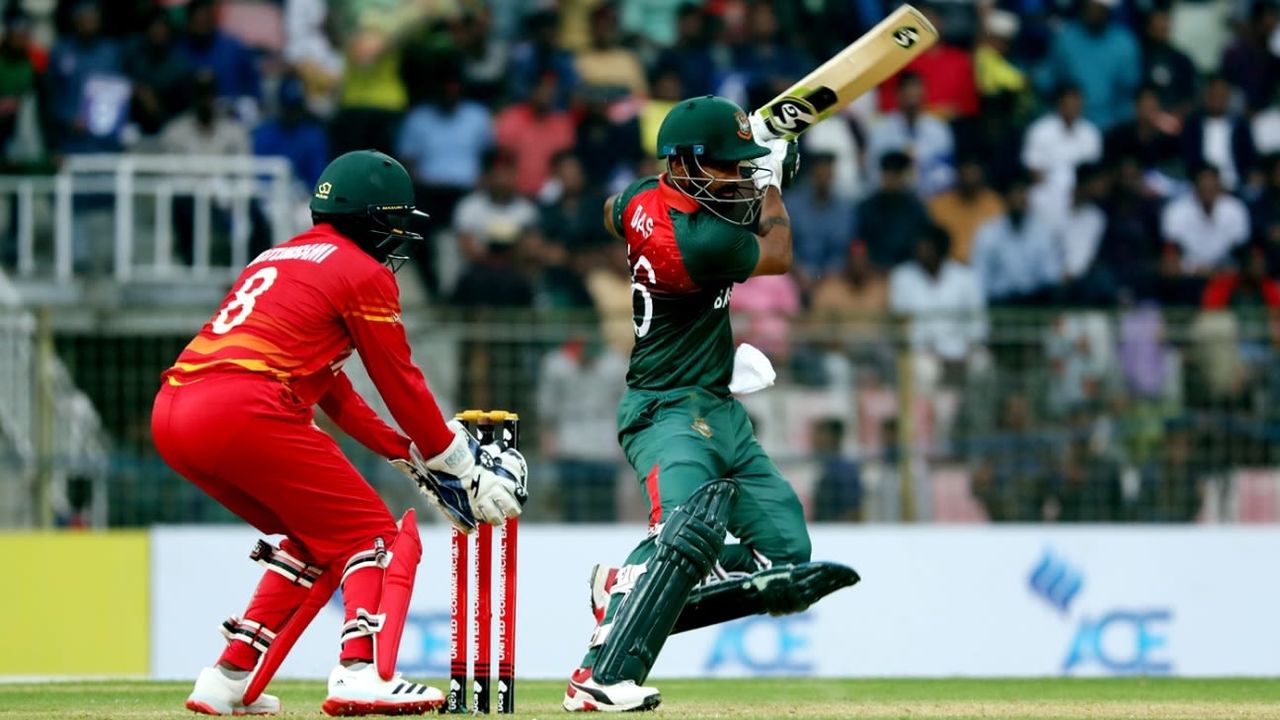 Bangladesh is currently on the Zimbabwe tour where they won the one-off Test quite comfortably. Both teams will now meet in three-match ODI series starting 16th July 2021. All the matches will be played at Harare Sports Club, Harare. The teams will later take part in the three-match T20I series as well. The ODI series is going to be significant in terms of ICC Men’s Cricket World Cup Super League.

Let’s look at important stats and numbers before the start of the ODI series between Zimbabwe and Bangladesh:

Head to Head record: Both teams have played 75 ODIs so far against each other. Among these, 47 have been won by Bangladesh while Zimbabwe have emerged victorious in 28 games.

16 – Bangladesh have won 16 consecutive matches against Zimbabwe in ODIs. The last time they lost to Zimbabwe was in 2013.

127 – Shakib Al Hasan has scored 6455 runs in 200 ODI innings so far. He will have a chance to go past Mushfiqur Rahim (6581) in this regard by scoring 127 runs. He will become the second-highest ODI run-getter for Bangladesh after Tamim Iqbal. Rahim won’t be taking part in this series.

200 – Mahmudullah will be playing his 200th ODI in the third match of the series if he features in all three games. He will be the fifth player from the country to reach the landmark.

45 – Shakib Al Hasan has scored 11955 runs in 383 innings he has played in international cricket. He needs 45 more runs to cross the 12000-run mark. He will be the third Bangladesh player after Shakib Al Hasan and Mushfiqur Rahim to reach the milestone.

1 – Shakib Al Hasan has picked up 269 wickets for Bangladesh in ODIs. He needs one more wicket to go past Mashrafe Mortaza (269) and reach the top spot.

7 – Rubel Hossain has taken 193 wickets in his international career so far. He is only 7 wickets away from completing 200 wickets across formats.

200 – Brendan Taylor will be playing his 200th ODI in the first match of the series. He will become the fifth player from the country to reach the milestone.