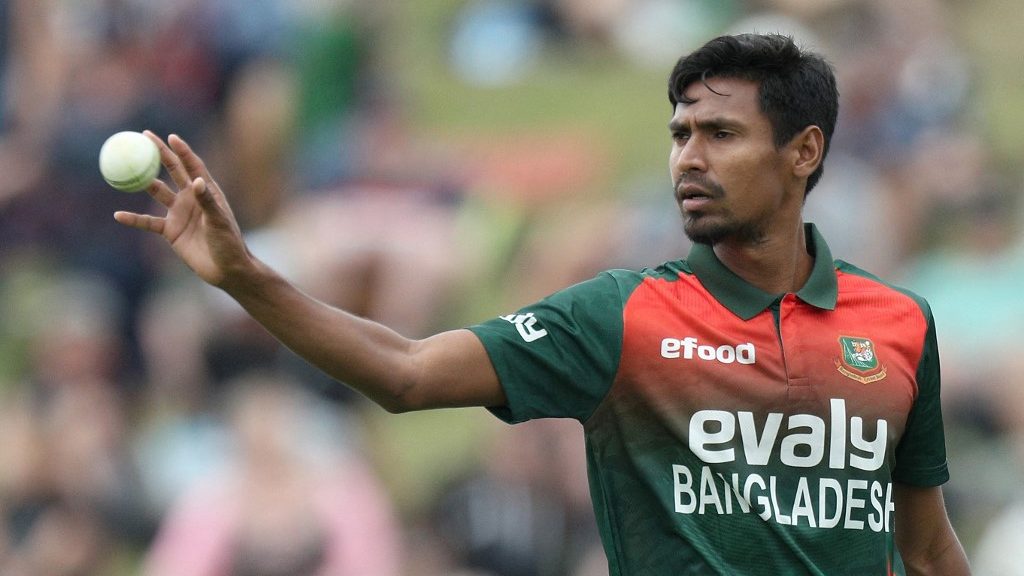 Bangladesh received a big jolt ahead of their ODI series against Zimbabwe which is set to begin on July 16. Their premier fast bowler Mustafizur Rahman is now a doubtful starter for the white-ball series. During one of the warm-up matches against Zimbabwe Select XI on Wednesday, 14 July, the left-arm pacer suffered an ankle injury.

Rahman seemed in a lot of pain after delivering just five deliveries before he was immediately taken away by Bangladesh management. He was monitored closely by the medical staff of the team and was given ice therapy too, but later it was revealed that the fast bowler had a strain in the right ankle. The news of this untimely injury to Rahman was confirmed by Bangladesh Cricket Board (BCB) chief selector Minhajul Abedin to Cricbuzz.

The list of injuries seems not to stop for the Bangladesh team as earlier Tamim Iqbal and Mushfiqur Rahim were injured while playing domestic T20 league in Bangladesh. While Rahim returned just in time to play the one-off Test match against Zimbabwe, Iqbal finally returned to action by scoring 66 runs in the warm-up match.

Bangladesh will look to continue their good performance against Zimbabwe

The one-off Test match was thoroughly dominated by the Asian team as they outplayed Zimbabwe in all three departments of the game. Now, with the ODI series set to begin, Bangladesh will look to solidify its position in the ICC Super League Standings. Earlier they beat Sri Lanka and are currently sitting at the second position with 50 points.

With Zimbabwe playing an inconsistent brand of cricket, Bangladesh will hope to pocket as many points as possible in these three ODIs. The return of Iqbal should boost their confidence, as he is often the one who provides the team with blazing starts upfront.

Meanwhile, Zimbabwe too should be happy with Brendan Taylor’s run-scoring ability and would again bank on him to provide the team a good platform with the bat in hand. Apart from Taylor, Luke Jongwe had a good limited-overs series against Pakistan and would hope to continue with the same momentum.