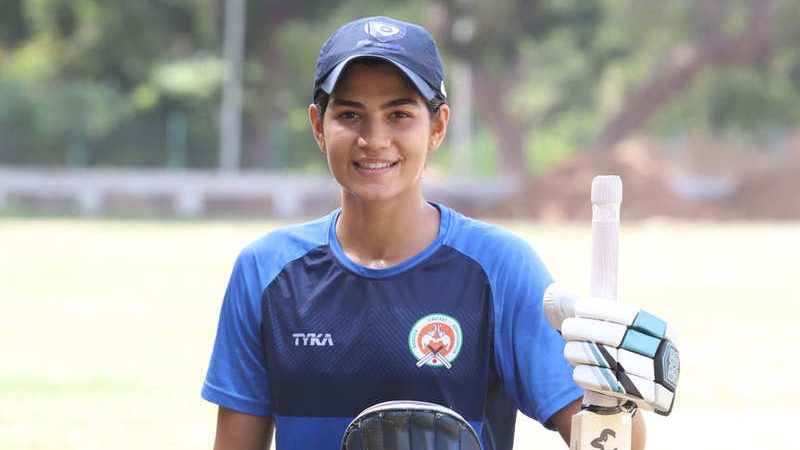 Yastika Bhatia is the talk of the town in Indian Women’s cricket today. The 21-year-old youngster hogged the limelight with her sensational performance in the ODI series against the Australian cricket team.

In the 3rd ODI against the kangaroos, Bhatia scored a match-winning 64 off 69 deliveries and helped the Indian side beat their opponents with 2 wickets intact. In the three-match series, Bhatia scored 102 runs at an average of 34.00.

And, she became a part of the Indian Women’s team that play their first-ever Day-Night Test match against Australia. Bhatia scored 22 runs in the Test. On that note, let us know more about India’s upcoming star.

1. Early years and entry into the national team

Yastika Bhatia joined a cricket academy at the age of 8, and her talent was noticed by the Baroda coaches. At the age of 11, she started playing for her state team, then at the age of 19, got a chance to represent the India A side. And, two years later, Bhatia played her first match in the Indian blues.

What a lovely little speech by Jemimah Rodrigues to hand over the cap to Yastika Bhatia.

2. Yastika Bhatia has a black belt in Karate

Apart from cricket, Yastika Bhatia is adept in a number of sports like swimming, badminton as well as karate. In fact, Bhatia holds a Black Belt in Karate as well and has even taken part in a number of state-level competitions.

Being a left-hander herself, Yastika Bhatia idolizes two stalwart left-handed batters. One is Australian cricket legend Adam Gilchrist, and the other is her very own teammate Smriti Mandhana. In fact, Bhatia has even stated that Mandhana’s exploits with the bat have played a major role in inspiring her to take up the sport.

Yes. You read it right. The first-ever fifty scored by India’s upcoming female star came against a boy’s team in an Under-14 match. Bhatia was only 12 years old when she scored her half-century. The Indian cricketing sensation also revealed that this half-century played a key role in improving her confidence level to take up cricket as a full-time profession.