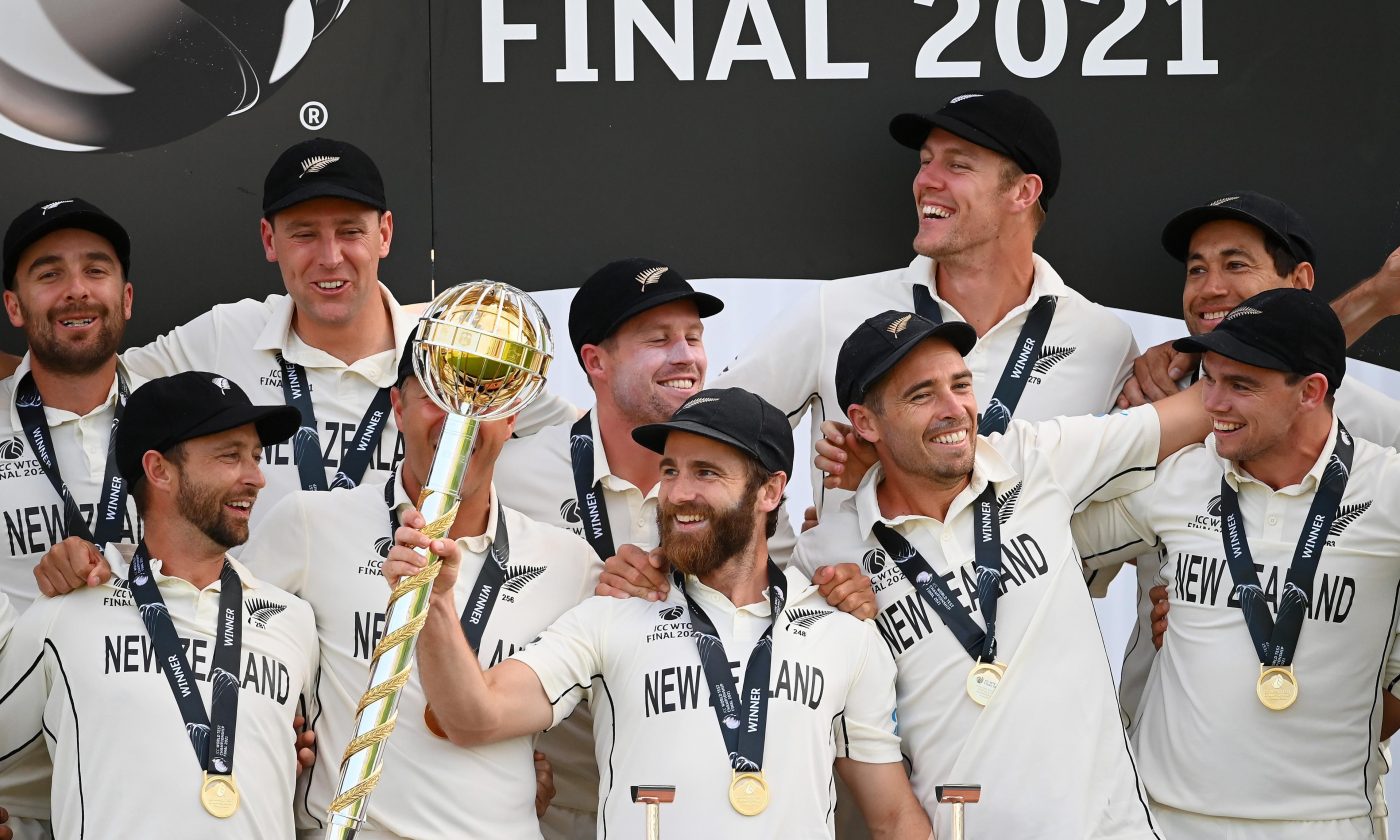 New Zealand triumphed at the Ageas Bowl, Southampton against India to become the winners of the inaugural edition of the World Test Championship final. The riveting game had many ups and downs and many tales, but the Kiwis managed to capitalize on the chances better to end their 20-year run of not winning an ICC event. With the high-octane clash coming to end, here are the best performers of the game – 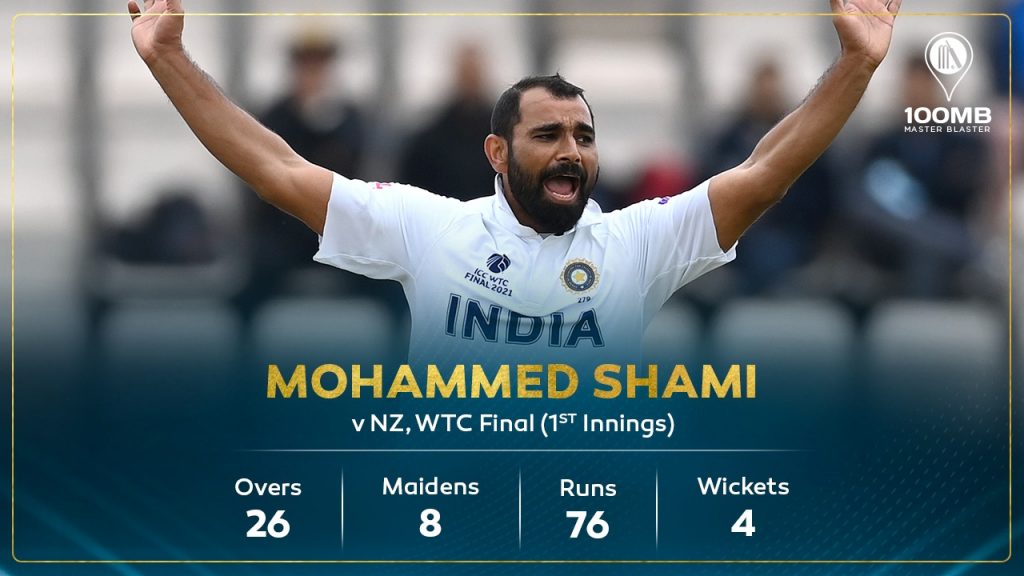 When both Jasprit Bumrah and Ishant Sharma were unable to get any success against the New Zealand openers in the first innings on the second day, it was only Mohammed Shami who showed the wicket-taking sharpness in his spell. Although he was not rewarded on the day, he claimed four wickets on the third day and finished with the figures of 4/76.

India was bundled out for 217 and 170 in the contest, with no batter even crossing the 50-run mark. Even though the scores of 34 and 30 don’t qualify as major contributions, Rohit Sharma was able to impress in the way he tackled the new ball against a decorated New Zealand attack in the pace and swing conducive conditions. 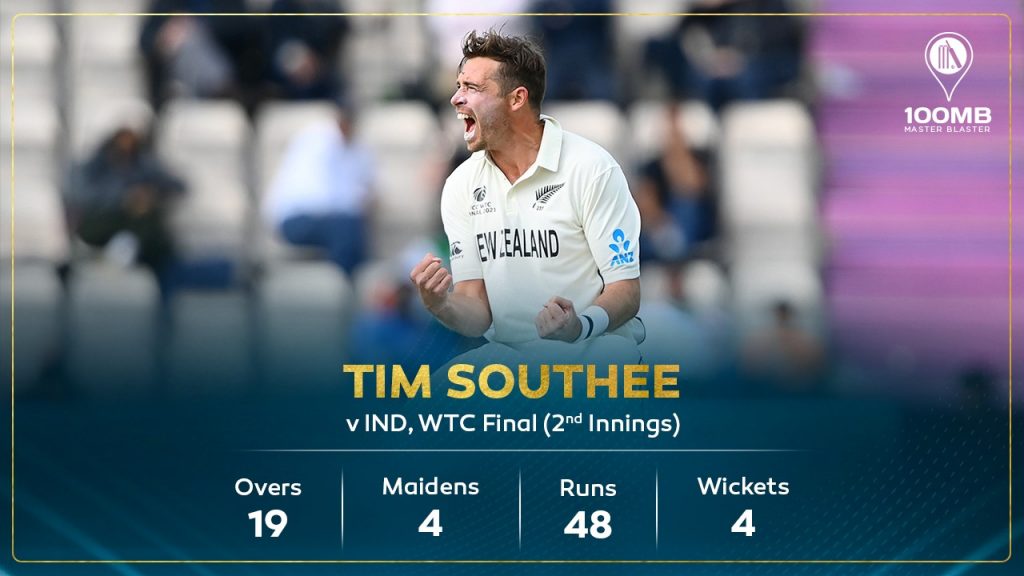 While the other contributions from the New Zealand players grabbed the limelight, it is easy to forget how crucial did Tim Southee’s 30-run knock in the first innings proved. His ability to hit the long ball is no secret, and it was on display again when he struck 30 from 46 to hand New Zealand a small but crucial lead in the context of the game. With the ball, he only got a single wicket in the first innings, but Southee compensated by bagging a four-for in the second innings.

Ever since his debut series, Kyle Jamieson has proven that he belongs at the highest level. Named Player of the Match in the all-important clash, Jamieson recorded 5/31 in the first innings and scored 21, followed by 2/30 in the second, including the prized scalp of Virat Kohli twice. It was his twin strikes on the final morning that pushed India on the backfoot, after which they never found a way of a comeback. 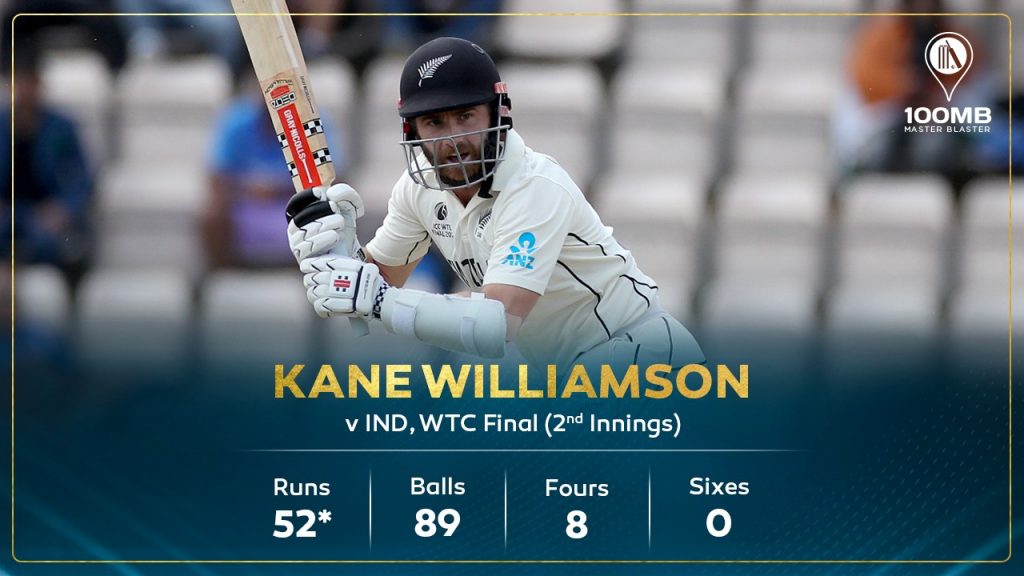 The New Zealand skipper was easily the best batter in the contest, showing his class and patience in the first innings, where he fought for five hours to score 49 runs in 177 balls, while in the second innings, he remained unbeaten on 52 from 89 deliveries to ensure that his team went across the line. It was not only with the bat that Williamson shone, as his spot-on captaincy ensured that New Zealand edged ahead of India.

Kallis is a phenomenal cricketer & is equal to Gary Sobers in my generation: VVS Laxman

On this day in 1932: India commence their first-ever Test match