WTC Final: IND vs NZ, Day 4 – Rain spoils another day as the play is called off 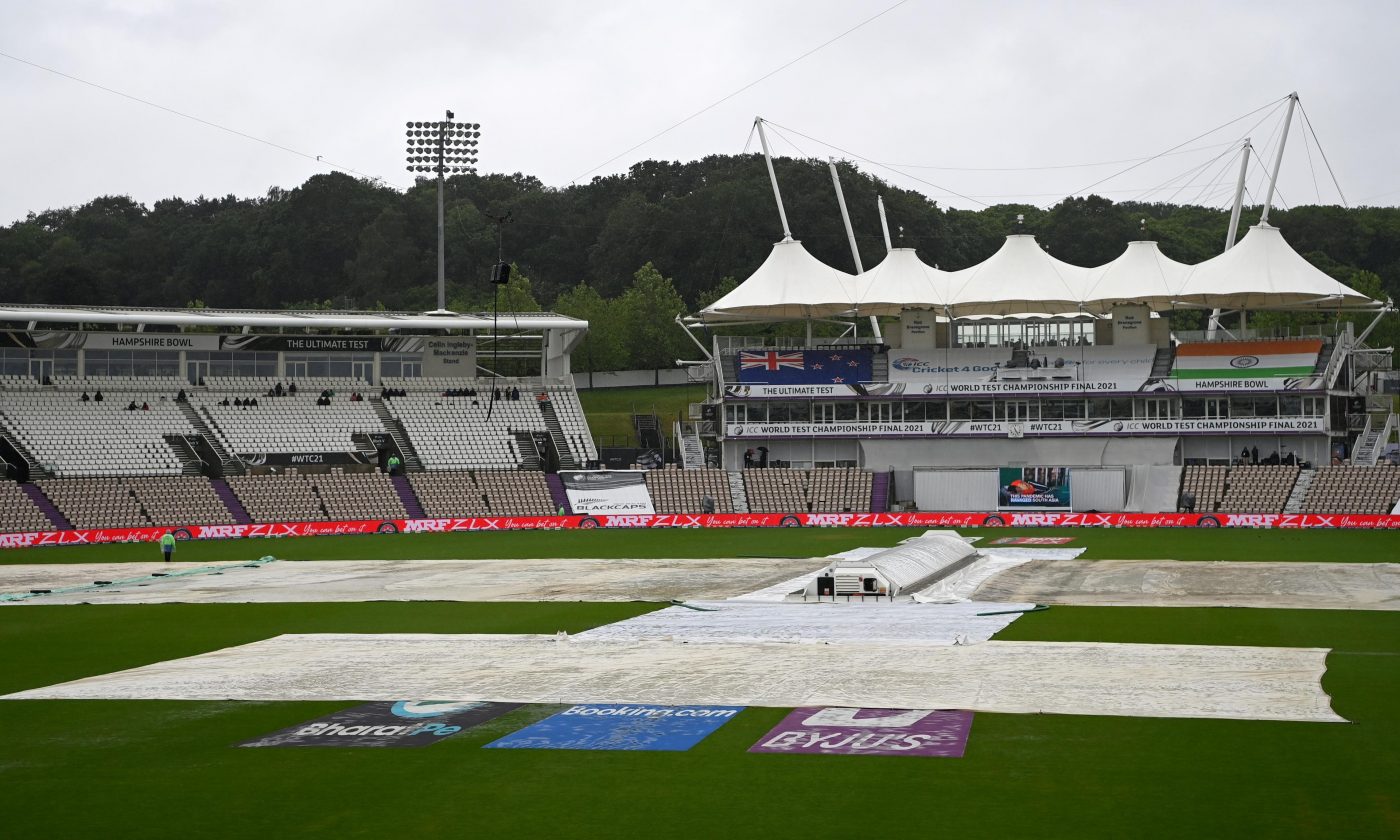 The scores moving into the fifth day of the World Test Championship will read the same since not a single ball was bowled on the fourth day of the game. The incessant rain at The Rose Bowl, Southampton ensured no play in the India – New Zealand Test. The weather forecast had predicted a washout and it indeed turned out to be one. After waiting for hours, the officials confirmed that no play will be possible.

Update: Play on Day 4 abandoned due to rain. We thank our fans who turned up and kept the tempo high. See you again, tomorrow.? #TeamIndia #WTC21 pic.twitter.com/0OpqZ0hGd5

New Zealand shall resume the fifth day with their first innings score reading 101/2. R Ashwin had accounted for Tom Latham while Ishant Sharma had removed Devon Conway on the third day. Captain Kane Williamson and Ross Taylor shall continue New Zealand’s pursuit of 217 runs, which India scored in their first innings. With reserve day being activated, we may still have a play of 180 or more overs if the weather conditions remain favourable. In case of a draw, the trophy will be shared.