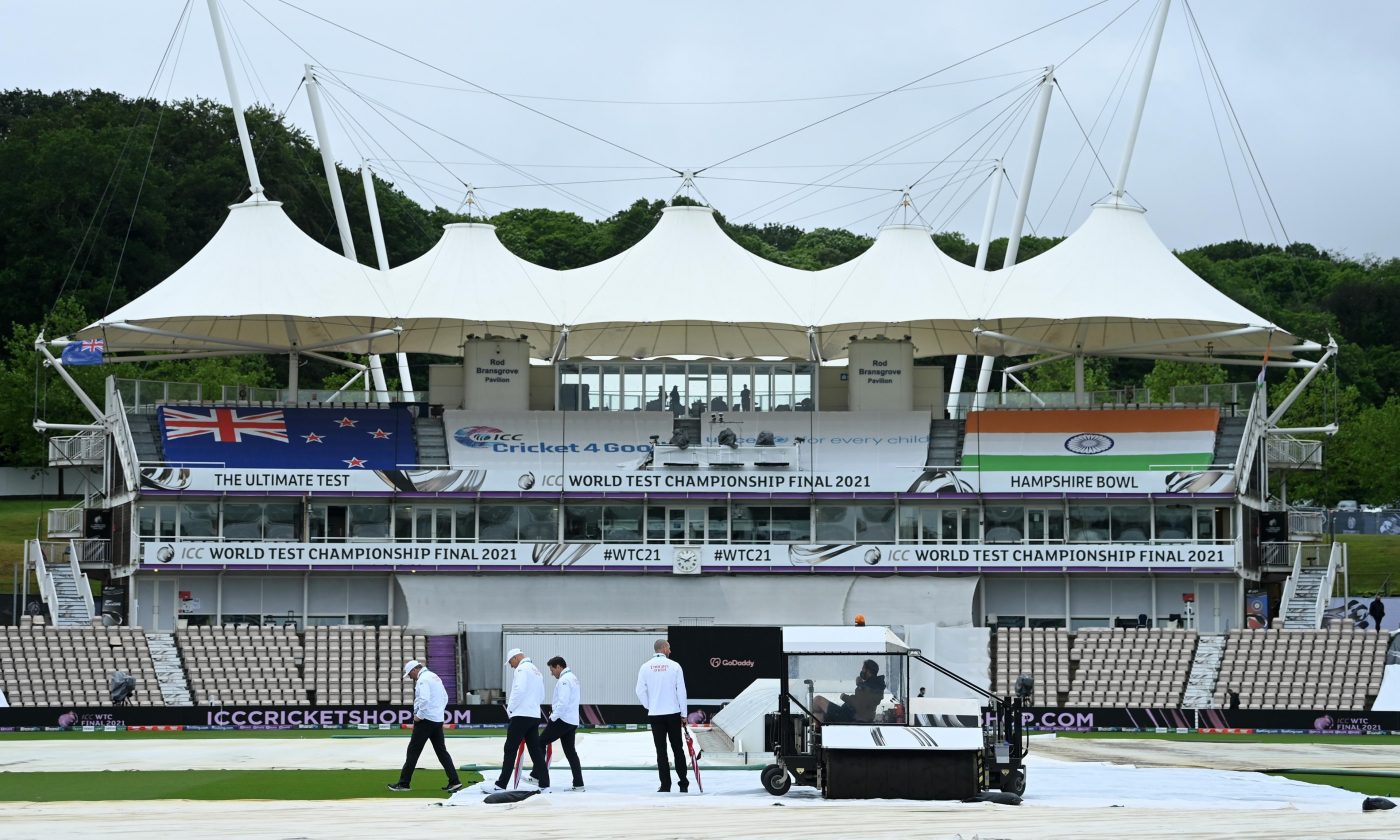 The opening day of the much-anticipated World Test Championship final between India and New Zealand at the Rose Bowl, Southampton, proved to be a dampener. The rain ensured that even the toss could not place and the play never began. At around 7 pm IST, the play on opening day was called off.

UPDATE – Unfortunately, play on Day 1 has been called off due to rains. 10.30 AM local time start tomorrow.#WTC21

The final was scheduled to start at 3:30 pm (IST) but the weather ensured that the pitch at the Rose Bowl was covered and the toss was delayed. The rain did stop intermittently thus arousing the chances of the final coming alive. However, the rain returned and it ensured that no play was possible. The ICC has arranged an extra reserve day which shall now be utilised to complete the overs lost on day 1 if necessary. If the outcome of the Test is a draw, the trophy will be shared between India and New Zealand.