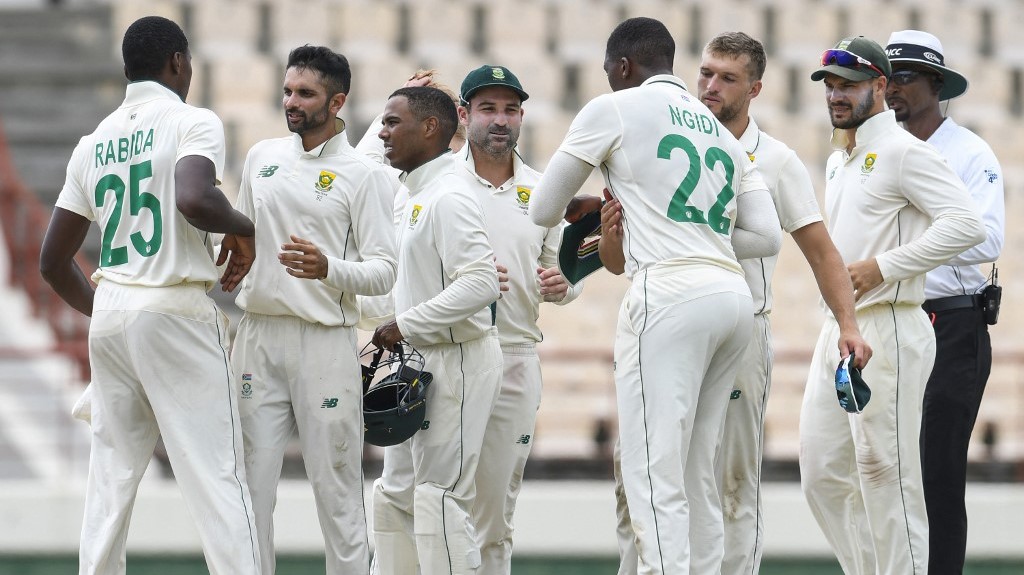 On the fourth day of the second Test between South Africa and the West Indies, the visiting South African team registered an excellent victory. South Africa scored 174 runs in their second innings thanks to a half-century from Rassie Van Der Dussen (75 not out). They set a target of 324 to win for the West Indies on the basis of the first-innings lead.

In reply, the West Indies team was bundled out for 165 runs in their second innings on the fourth day and lost the match by 158 runs. Kagiso Rabada, who scored 21 runs in the first innings, 40 runs in the second innings as well as took 9 wickets in the match, was adjudged ‘Player of the Match’. With this, South Africa have made a clean sweep of 2-0 in this two-Test series. Let’s look at the top 5 performers of this Test series.

In Kemar Roach you can depend!?? 14th Test 4-fer for the pacer! #WIvSA pic.twitter.com/v2xwhqm0W1

Kemar Roach was the most impressive player for the West Indies in this series. He took 9 wickets in three innings at an average of 17.88. He registered the best bowling figures of 4/52 among these innings.

South Africa pacer Keshav Maharaj scripted history on the last day with a hat-trick. He became only the second bowler to take a Test hat-trick for South Africa. Overall, he took 9 wickets in 4 innings at an average of 12.44, and best figures of 5/36.

South African pacer Kagiso Rabada looked brilliant in the series. He picked up 11 wickets in 4 innings at an average of 11.45. In the second Test, he picked up 6 wickets for 58 runs and was chosen as the player of the match.

South Africa wicketkeeper Quinton de Kock did a great job with bat and gloves in this series. He scored 237 runs in 3 innings at an average of 118.50. This includes 1 century and 1 fifty in total. He was adjudged as the player of the series for this wonderful performance.