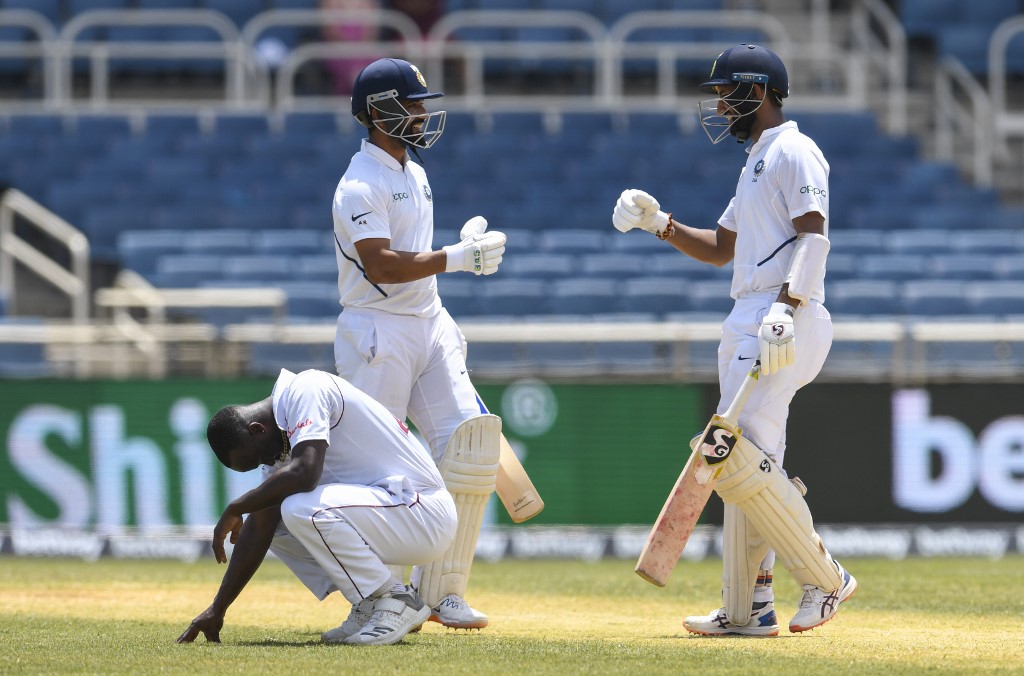 India are eight wickets away from their maiden series victory of the inaugural World Test Championship with two days left in the second Test at Sabina Park, Jamaica. Chasing a mammoth total of 468, West Indies finished the third day on 45/2. India chose not to enforce follow-on after skittling the home side for 117, scored 168/4 in their second outing. West Indies will have to play out the remaining two days or chase down the target to survive.

Roach frustrates India with the bat

Jasprit Bumrah’s fiery spell on the second day left West Indies reeling at 87/7 in pursuit of India’s 416. Rahkeem Cornwall, who did not look comfortable at the crease, was the first batsman to be dismissed on the third day. Ishant Sharma then sent back Jahmar Hamilton. The wicketkeeper played out 59 balls for his five runs. Kemar Roach, the third-highest scorer of the innings, tried attacking Ravindra Jadeja but perished in the attempt on the score of 17. West Indies closed their response on 117, conceding a lead of 299 runs. Giving his bowlers a break, Virat Kolhi opted not to enforce the follow-on.

The third innings gave Indian openers a much-needed opportunity to gain some confidence. However, both KL Rahul and Mayank Agarwal failed to make amends. Roach trapped Agarwal in front of the stumps. The batsman challenged umpire’s decision but it remained the same. Rahul played a torturous knock of 6 from 63 balls. Roach ended the patient knock with his impeccable outside off-stump line.

Roach sent back Kohli on the first ball he faced. His hat-trick ball to Ajinkya Rahane almost got him three-in-three. Rahane’s inside edge off the short ball avoided the stumps only by inches. The batsman then proceeded to bat in a positive mindset after the lucky break. Cheteshwar Pujara, 27 off 66 balls, was undone by a sharply rising delivery from Jason Holder, leaving India at 57/4.

India’s two most successful batsmen on this tour, Rahane and Hanuma Vihari steadied the innings. Rahane was especially nimble on his feet. He regularly danced down the track to take on the spinners. Both the batsmen reached their fifties until the captain decided to call his troops back. India declared on 168/4, setting a target of 468 for West Indies.

India had 13 overs to incur maximum damage. Kraigg Brathwaite’s wretched batting form continued as the opener perished for three. His partner, John Campbell adopted the attacking route and flashed at opportunities that came his way. One of his booming drives ended in the hands of Kohli. Bravo and Brooks survived the remaining overs. The former took a hit on the head from Bumrah in the final over of the day. He and rest of the West Indian batsmen will have a challenge of extending this match as far as possible. 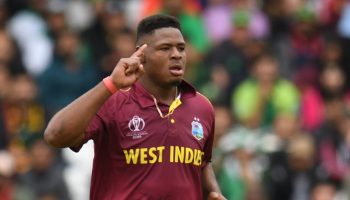