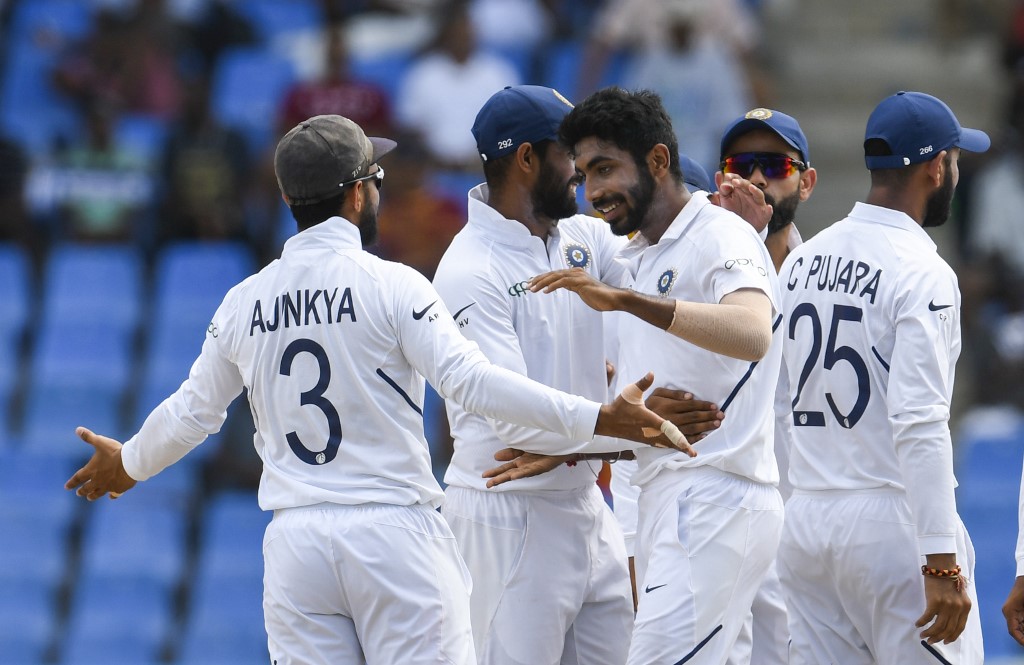 On Day 4, captain Virat Kohli departed in the first over without adding to his overnight score of 51. But Rahane, a man on a mission, continued to dominate proceedings and stretched India’s lead further. With able support from Hanuma Vihari, the batsman brought up his 10th Test hundred in style.

With a solid lead of 260 at stumps on Day 3, India were already placed in a comfortable position. Kohli’s early departure the following morning didn’t affect the order of play to a great extent. Rahane, who was timing the ball well, readied himself to convert his fifty into a big score. In Vihari, he found the perfect partner and the duo went on to add 135 runs for the fifth wicket. Rahane diligently kept the scoreboard ticking and eventually registered his first Test hundred in two years. For someone under immense pressure to keep his Test spot, this century will do a world of good. And if actions speak louder than words, his celebrations after getting the hundred were proof.

The unselfish guy that he is, Rahane did everything he could to help Vihari ease into the match situation. And like an earnest youngster eager to perform, Vihari carefully listened to his inputs and batted with composure. Combining skilful defence with mesmerising stroke play, he once again gave damning evidence of why he’s a player to watch out for. In tough conditions against bowlers of great pedigree, he notched up a poised 93 before succumbing to the Windies captain.

Not all was well with Rishabh Pant though, whose disappointments with the bat continued to haunt him. The 21-year old got a decent start in the first innings, scoring 24 runs until Kemar Roach forced him to push one in the slips. In the second innings, Pant looked to hit a length ball in the air but instead found a diving fielder on 7.

Once India lost both Rahane and Vihari, Kohli declared the Indian innings on 343/7.

Bumrah rips through the Windies

On a day when England miraculously chased down 359 at Headingley courtesy Ben Stokes’ daring hundred, West Indies would’ve hoped to take some inspiration. Of course, they needed to go a lot beyond that total, 419 to be precise. And they had most of Day 4 and a full-fledged Day 5 to do it.

But India’s Jasprit Bumrah was in no mood to walk down the ground on the final day. It is why he ripped the West Indies batsmen apart one by one to leave the Windies reeling. It is why he’s now the first Indian bowler in Test history take five-wicket hauls in Australia, England, South Africa and West Indies. Ishant Sharma, who registered a five-wicket haul in the first innings, then joined the action and bagged three wickets while Mohammed Shami claimed two.

Undoubtedly, the Indian pacers put up quite a show to derail the Windies chase. But the hosts weren’t particularly impressive with the bat. Having faced with a daunting target, they probably gave up even before the start of their innings. Eight of their batsmen were back in the hut for single-digit figures, while the highest scorer was a tailender, Kemar Roach (38). It only took about 27 overs for the Windies to self-destruct for a mere 100 runs. 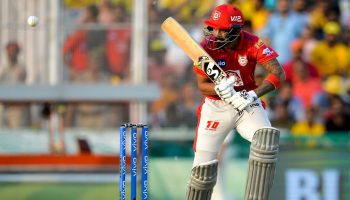 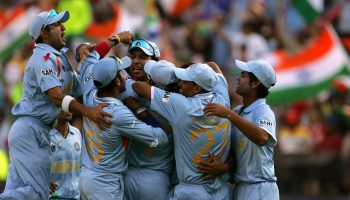 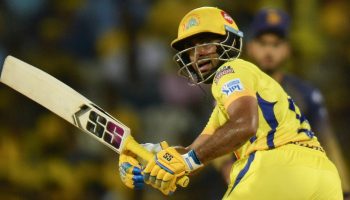 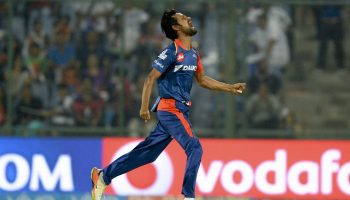 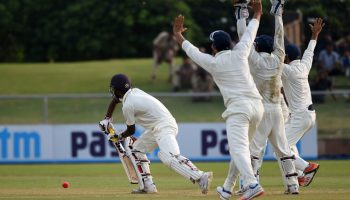