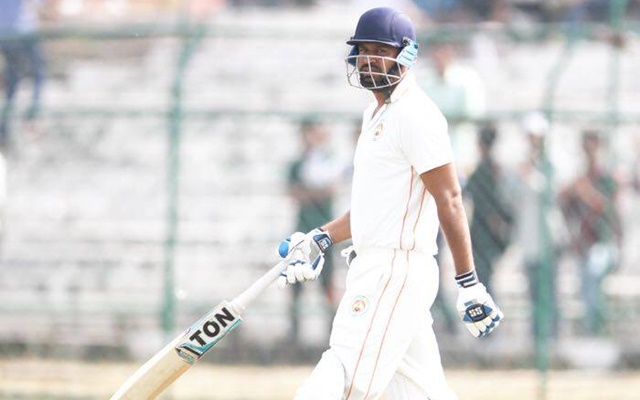 First-class cricket is a different behemoth. The gigantic records of Test cricket look dwarf at this level. While there have been only four chases in excess of 400 in Tests and the highest run chase is 418, a total of 536 has been hunted down in first-class cricket. On 6th February 2010, Yusuf Pathan’s not out 210 powered West Zone to a world-record chase in Duleep Trophy final.

Rajiv Gandhi International Stadium, Hyderabad hosted the final encounter of 2010 Duleep Trophy. Dinesh Karthik, captain of South Zone, won the toss and chose to bat first. The first hour belonged to the West Zone team as Irfan Pathan eked out three early wickets. Captain Karthik and CM Gautam then staged a recovery. Karthik starred with a majestic knock of 183 and took his team’s score to 400. Irfan finished with a five-for.

In reply, West Zone faced a similar struggle. Against the medium pace of C Ganapathy, no batsman other than Yusuf Pathan held his own. The maverick racked up 108 while the second-highest score of the innings was 27. Taking a huge lead of 149 runs, all that Karthik and his team had to do, was to push the game beyond West Zone’s reach. The captain once again rose to the occasion. His marvellous 150 (162) saw South Zone setting a target of 536 for West Zone to win the Duleep Trophy.

West Zone had more than two days to survive. They had conceded a trail in the first innings which meant a draw was enough for the South Zone to lift the trophy. West Zone were left with no option but to chase a total which had never been successfully chased in cricket.

They began in the right manner. Openers Chirag Pathak and Harshad Khadiwale added 117 runs for the first wicket. Pathak carried on and his 130 placed West Zone at 224/2. But one wicket brought two and a mini-collapse saw them reeling at 294/5. Pathan brothers then added 84 runs for the sixth wicket. Irfan perished in the penultimate over of the fourth day.

On the final day, West Zone were still 157 runs away with only four wickets remaining. While Yusuf launched an onslaught, Pinal Shah provided steady support. South Zone shelled four chances given by the marauder and it cost them dearly as Yusuf took the highway towards the destination. He first smashed consecutive sixes to complete his double-century. He then dispatched S Aravind over long-on to seal the record chase.

With a sensational knock of 210 not out from just 190 balls which included 19 fours and 10 sixes, Yusuf sealed a place in cricket’s history. West Zone’s final total of 541/7 became the highest in a winning cause. It still remains an unbreached world record.

KKR were kind enough to pay for the excess baggage: Dinesh Karthik