We expect Pant to play innings that change the momentum of the game: Virat Kohli 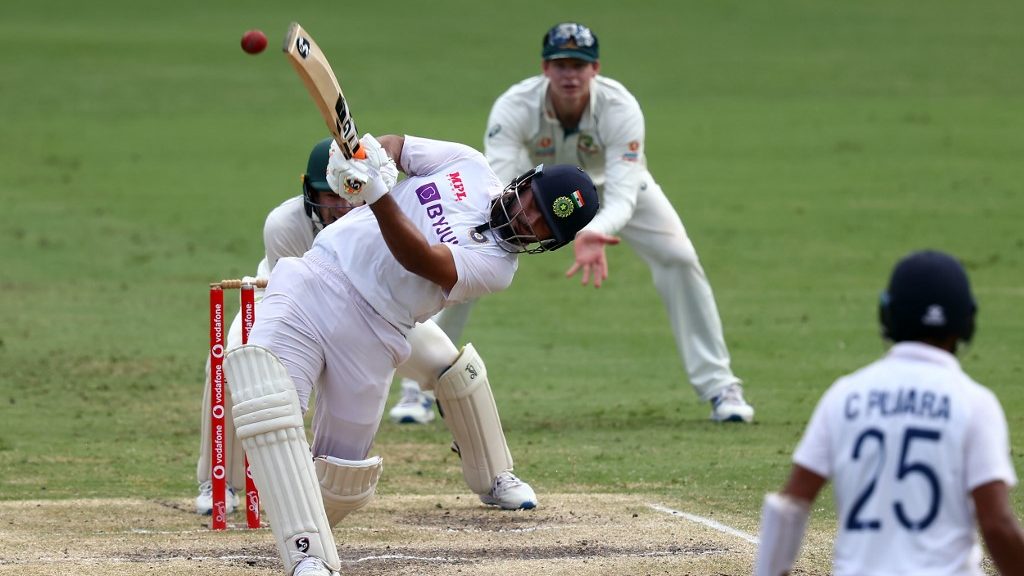 The second Test match between England and India is set to begin on Thursday at the Lord’s stadium. Both teams had to settle with a draw at the Trent Bridge with rain playing a spoilsport. The teams had a good outing with the ball in hand, but it was with the bat that both England and India players failed to convert starts into substantial scores. Barring Joe Root, KL Rahul, and Ravindra Jadeja, the other players struggled to get going.

India wicketkeeper-batter Rishabh Pant dominated the bowling attack and stayed ahead of the opposition, even when India were four wickets down with just 112 onboard in the first innings. He scored a brisk 25 runs off just 20 balls before he fell to the trap set by Ollie Robinson.

India skipper Virat Kohli was quick to defend Pant’s style of play and said, he will continue to play aggressively. Kohli also lauded the wicketkeeper-batter’s ability to change the complexion of the game by being fearless.

He has a chance to change the momentum of the game: Virat Kohli

“Basically, how he plays, the capability to carry on and play long innings in that manner. It doesn’t necessarily have to be in a defensive role, obviously when in demand of the situation he is just intelligent enough to understand if we are looking to save a game. You obviously don’t see playing him such shots. Wherever there is a 50-50 situation, and he has a chance to change the momentum of the game, he will take that chance,” Virat Kohli said in the press conference ahead of the second Test against England.

Pant is known to be fearless in any situation and scores runs by playing his shots. Kohli wants him to continue with the same method

“That’s how he plays and that’s how he is and we want him to be that way. Obviously, the communication is clear from the team where we are heading and what kind of approach we need in different sessions, but from Rishabh we expect him to play an innings that helps the team change the momentum of the game and take that balance to us as a team. He is going to continue to play this way,” Kohli added.

Jemimah Rodrigues opens up on how she handles criticism