WATCH: Victoria’s Sam Harper gets out ‘obstructing the field’ against South Australia 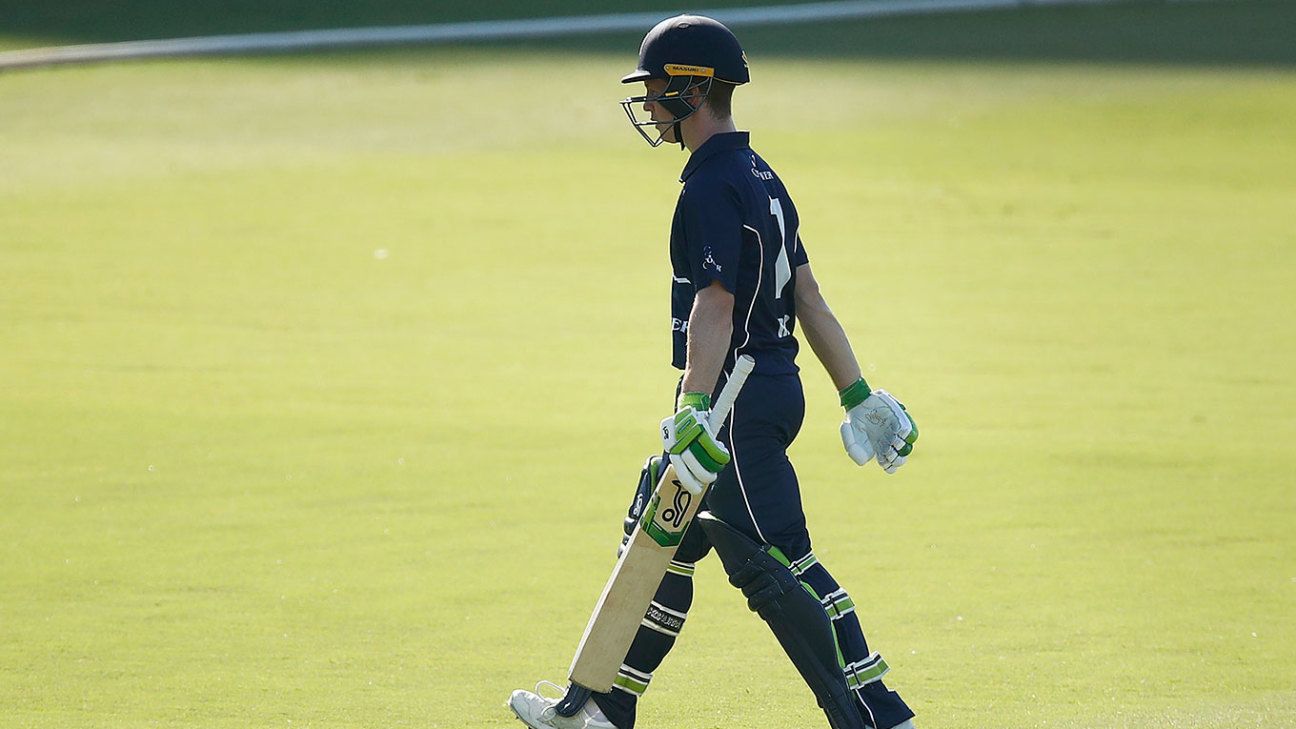 Sam Harper, who has impressed one and all while playing for Melbourne Renegades in the BBL, has found a bizarre way of getting dismissed. While playing for Victoria, the right-hander was given out ‘Obstructing the Field’ against South Australia on Thursday in the Marsh One Day Cup.

Harper shimmied down the track to play a defensive stroke off fast bowler Daniel Worrall. Seeing him outside the crease, Worrall tried to throw the stumps down at the striker’s end, but Harper changed direction and seemed to have stopped the ball on purpose with his pads.

The South Australians appealed after which the umpires asked if Travis Head, their skipper, would like to withdraw his appeal and allow Harper to stay in the middle. In the end, third umpire Shaun Craig gave the batsman out. Harper was batting on seven off 15 with one four before perishing.

Ummm…. What? 🤨 Sam Harper is out for obstruction after moving into the path of a ball 🤷‍♂️ #sheffieldshield pic.twitter.com/z5SnoxUjPR

Sam Harper was preventing the ball from going back to hit the stumps: Andrew Symonds

Andrew Symonds, who was in the commentary box, said that Head was “well within his rights to appeal” and called the dismissal a “classic example of obstruction”. The veteran also lauded Worrall for his presence of mind.

“The ball would have probably gone on to hit middle and leg stump, so the throw was straight. When the ball makes contact with his legs he’s a foot outside his ground, so he’s preventing the ball from going back to hit the stumps. It’s a classic example of obstruction,” Symonds said.

“It’s not as if the South Australians are showing any sort of bad spirit. It’s a rule and it’s part of the game. Harper’s well short of his ground. People might be shaking their heads but that’s out … the right decision’s been made. Some good sharp reaction works there from Dan Worrall,” he added.

Corbin Middlemas, Symonds’ fellow commentator, also opined on Harper’s final innings in the One Day tournament. “Oh wow. Sam Harper is going to be given out here! What an unusual way to be dismissed, and that’s how his season ends … the Victorians lose their wicket in the most unusual fashion,” he said.