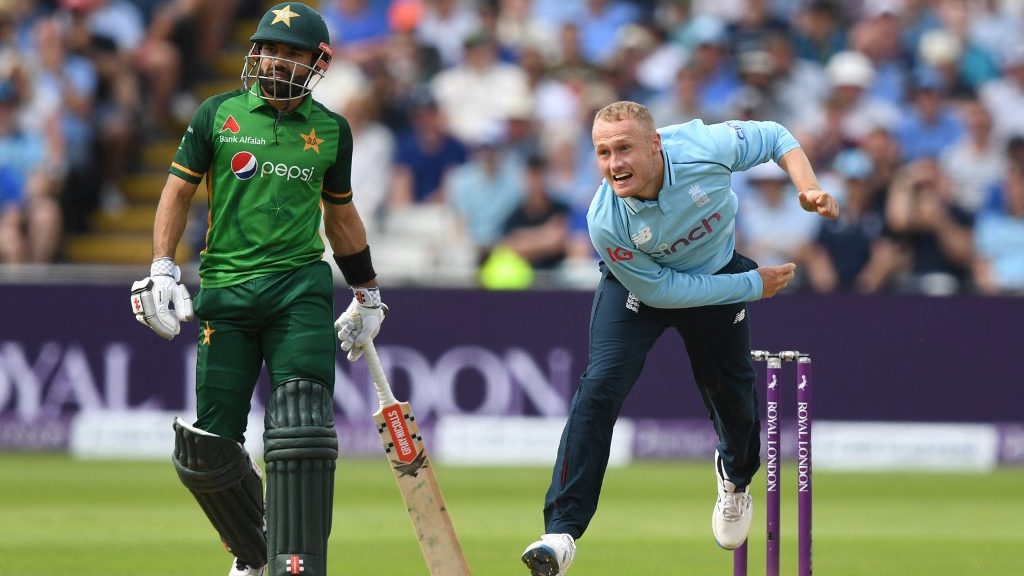 The ODI series between England and Pakistan belonged to the bowlers. If Saqib Mahmood was brilliant with the ball in the first ODI, then Hasan Ali with a five-wicket haul delivered a bowling master class. But the ball of the ODI series or one should say of the year was delivered by Matthew Parkinson.  The leg-spinner would not have ideally played in the series if England’s first-choice players were available.

But Parkinson grabbed his opportunities with both hands and bowled an absolute peach of a delivery to send the set batter Imam-ul-Haq back to the pavilion. The southpaw was batting well after England skipper Ben Stokes inserted Pakistan in. He formed a crucial 92-run stand with skipper Babar Azam. In need of a wicket to break the partnership, Stokes turned to Parkinson.

The last ball of the 25th over was where the match turned in its head. Parkinson bowled the wide delivery wide of the off-stumps, but what caught everyone’s attention was the quick inside turn that made even Imam surprised a bit. Rather than letting it go, or defending it, the batter misread it completely and was bamboozled.

The commenters were in awe of the delivery bowled by Parkinson and it reminded them of the similar kind of delivery that was bowled by Shane Warne to Andrew Strauss during the 2005 Ashes.

You just can’t play that 🤯

England complete a whitewash in the ODI series against Pakistan

Pakistan batters finally stood up to the task in the third and final ODI and posted 331 on board. Azam and Mohammad Rizwan scored 158 and 74 respectively to help the visitors post a challenging score. But in the end, that too was not enough, as England batters stood up for the task and chased the total down with three wickets and two overs remaining.

James Vince scored his maiden hundred and was well supported by Lewis Gregory who scored 77. The victory in the final ODI enabled England to complete a series whitewash with a total squad experience of 124 international games. Indeed England’s bench strength and fringe players stood up to the challenge and proved that they too can challenge the top teams. The teams now will battle it out in the three-match T20I series starting on Friday, July 16.