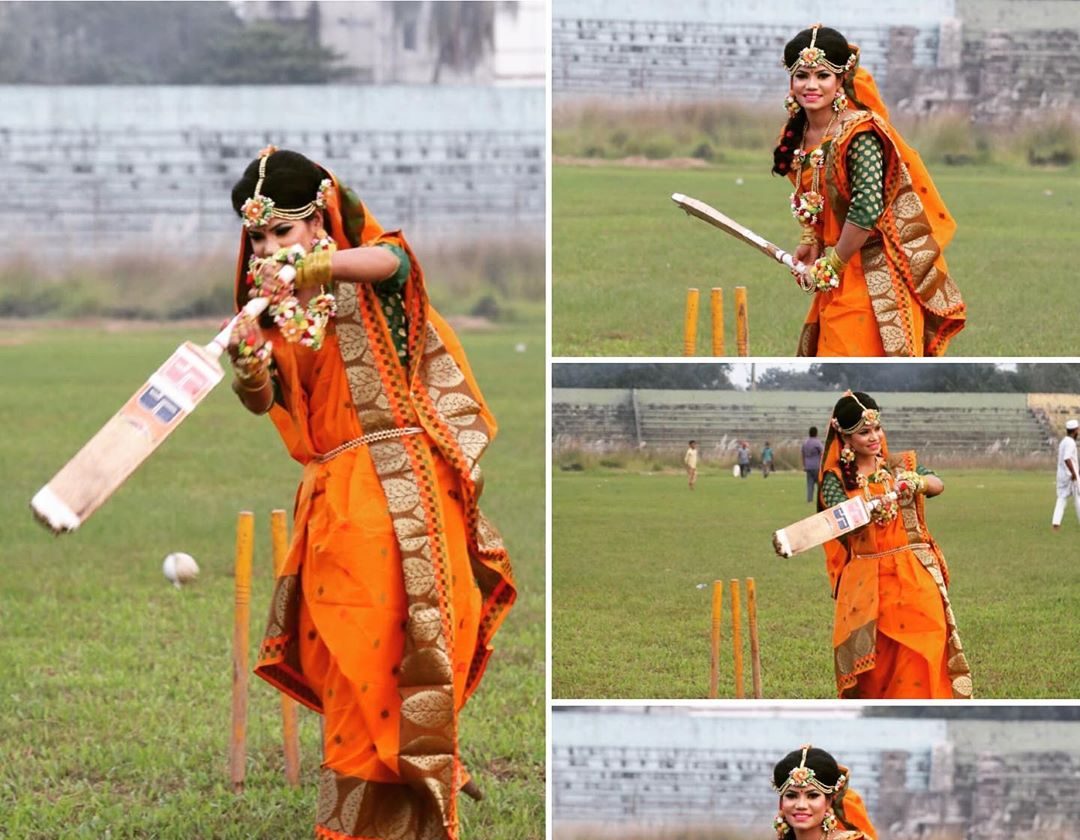 One of the mainstays of the middle-order of Bangladesh Women’s Cricket team, Sanjida Islam became the focal point of discussion in the cricket fraternity when her wedding photoshoot got viral on social networking sites. Wedding Photoshoot has been a thing in recent times with people coming up with some different and unique ideas to make their special day more happening.

Sanjida Islam tied the knot with a first-class cricketer from Rangpur, Mim Mosaddeak and her wedding pictures have been the talk of the town since then. Dressed in a proper traditional outfit along with all the jewellery, Sanjida decided to carry out her photoshoot on a cricket field. She posed with the bat in the middle of the field to showcase the game of cricket as her first love.

Sanjida can be seen playing a cover drive and a pull shot and giving all cricket-lovers couple goals in the viral pictures. Her beautiful photoshoot was also appreciated by the International Cricket Council (ICC) as they shared the photos with an interesting caption.

The 24-year-old women cricketer had made her international debut for Bangladesh in August 2012 in Dublin against Ireland in a T20 International game. In June 2018, she was part of Bangladesh’s squad that won their first-ever Women’s Asia Cup title, winning the 2018 Women’s T20 Asia Cup tournament.

In her eight years of international career, the middle-order batswoman has featured in 16 ODI matches and 54 T20I fixtures garnering 174 and 520 runs respectively at a strike rate of 42.9 and 74.1. She also has a half-century to her name in the shortest format of the game.

Sanjida Islam was last seen playing in the Bangladesh Women Cricket team during the T20 World Cup 2020 against Sri Lanka in Melbourne. Islam featured in the playing XI of just three matches of the marquee event and failed to make a mark. In three fixtures, she could score only 26 runs, with her highest score being 13. The Bangladesh team couldn’t make it to the knockout phase of Women’s T20 World Cup 2020.