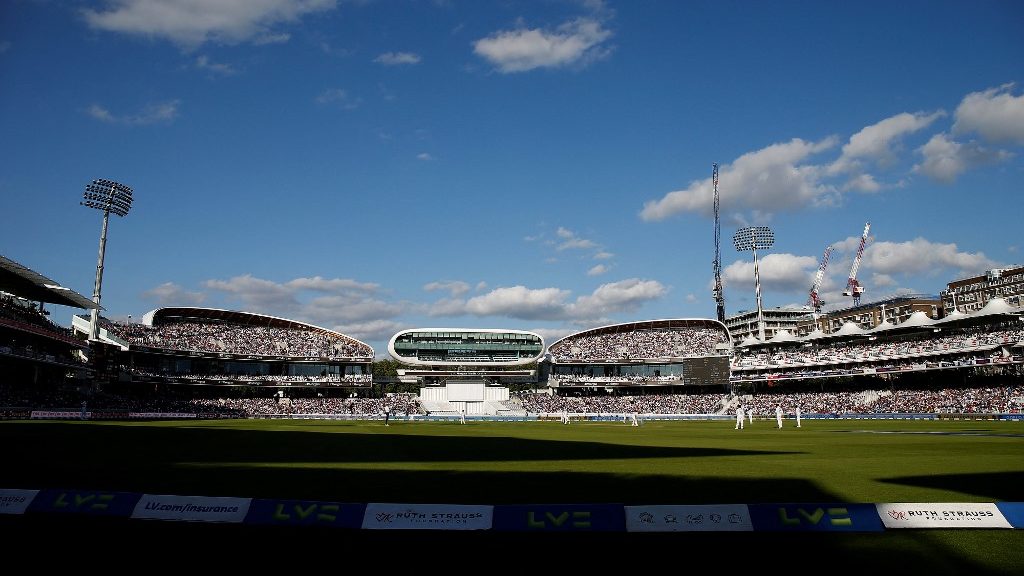 The ongoing second Test match between England and India is just going nowhere. While Indian openers Rohit Sharma and KL Rahul dominated Day 1 of the contest, the second day saw England forging a comeback with skipper Joe Root mustering his second ton of the series. With Root unleashing his best at the iconic Lord’s Cricket Stadium, Indian bowlers and fielders had a tough day at the office.

In order to provide them with a helping hand, a fan from the stands dodged the security officials and invaded the field. Notably, he was sporting Team India’s Test jersey with ‘Jarvo’ written over his back. The whole episode halted the play for a while. Moreover, when the security officials tried to take the spectator out, he tried to convince them he was there to play.

This hilarious incident even left Indian pacer Mohammed Siraj in splits. The invader was eventually taken off the field and the game resumed. It was indeed a bizarre episode and netizens didn’t take long in presenting their opinion on the same. As a result, social media got flooded with pictures of the incident.

ICYMI: India almost fielded 12 men at the start of the session! A gentleman from the crowd walked out with their XI onto Lord’s and tried convincing security he was there to play 😂😂

Speaking of the happenings of the ongoing Test, England skipper Joe Root won the toss and elected to bowl first at the Mecca of Cricket. The decision didn’t seem to be spot on as Indian openers Rohit Sharma and KL Rahul tackled the new ball with precision. With the duo were respecting the challenging deliveries, the bad balls were dispatched over the boundary ropes.

Rohit eventually got dismissed after scoring 83 runs. However, Rahul advanced to his sixth Test ton. Besides the duo, skipper Virat Kohli, Rishabh Pant, and Ravindra Jadeja also chipped in with notable contributions. As a result, India posted 364 in the first innings. For England, veteran pacer James Anderson was the pick of the bowlers, scalping a five-wicket haul.

In reply, England didn’t get a delightful start with opener Dominic Sibley and comeback man Haseeb Hameed getting out cheaply. However, skipper Joe Root came out at number four and he rebuilt England innings alongside Rory Burns.

In the process, Root also advanced to his 22nd Test ton. Besides him, Jonny Bairstow also scored a well-paced half-century. As a result, England crossed the 260-run mark with six wickets in hand. Hence, the game is perfectly poised and it would be interesting to see how the remaining game pans out.