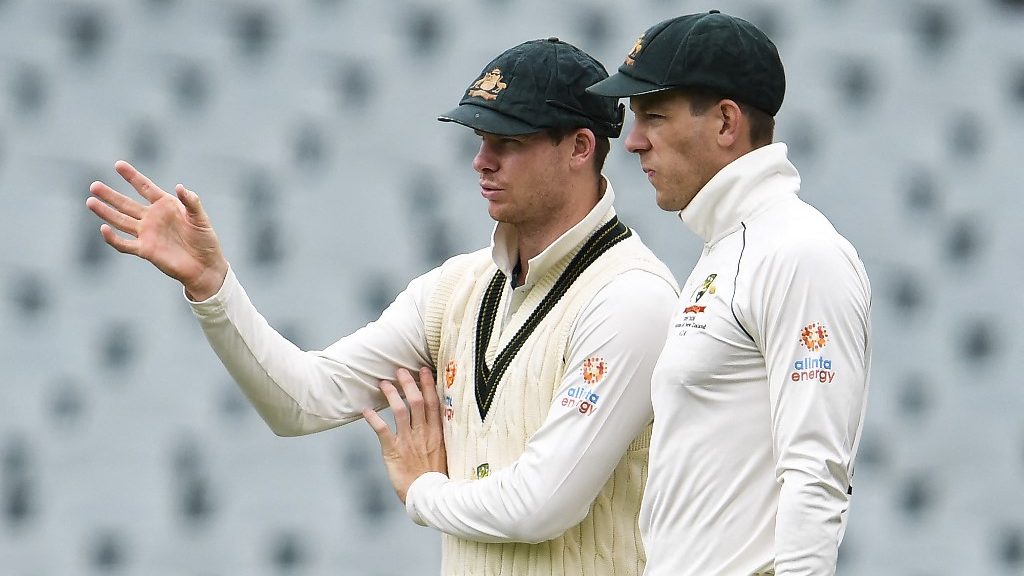 The Ashes series is definitely nothing short of a mega event in the Test cricket arena. When England and Australia draw swords against each other, it creates some unbelievable contests that are savoured by the cricket onlookers. Hence ahead of the series, both the teams strive hard to get the best of their players. The Australian Test Captain Tim Paine thus opened up about Steve Smith and his fitness before the Ashes.

Tim Paine stated that it is of utmost priority for him that Smith is in good shape for both the Ashes as well as the T20 World Cup. The Australian batting powerhouse Smith was ruled out of the team’s limited-overs tour of the West Indies and Bangladesh owing to an elbow injury. Paine also asserted that on a selfish note he wishes that Steve Smith is at his best for the Tests and for that if he misses the T20 World Cup then be it. Having said that the wicketkeeper-batter added that Smith knows his game well and would make the right call.

“Obviously from a selfish point of view, I would love him to be one hundred per cent fit and if that means he misses that (T20 World Cup) tournament, then so be it. But I think Steve’s a professional, he’ll know where his body’s at, and if he doesn’t feel like he’s right then he’ll make the right call.”

He’s the best player in the world: Tim Paine

Tim Paine highlighted the importance of a player like Smith in the side and reckoned that one cannot afford to miss him. He further added that Smith’s absence will create a void in the team and thus he wishes for his elbow to get back in good shape.

Sharing his thoughts on the importance of having the audience watch the games, Paine said that the crowds add to the matches and make the game what it is. Recounting the history of the Test cricket and the Barmy Army, he said that they are a part of this rivalry and garners its audacity.

“The Barmy Army are part of the history of the Ashes and it’s something the players love, whether they’re ripping into you or barracking for the English. It just adds to the Test match and adds to the theatre.