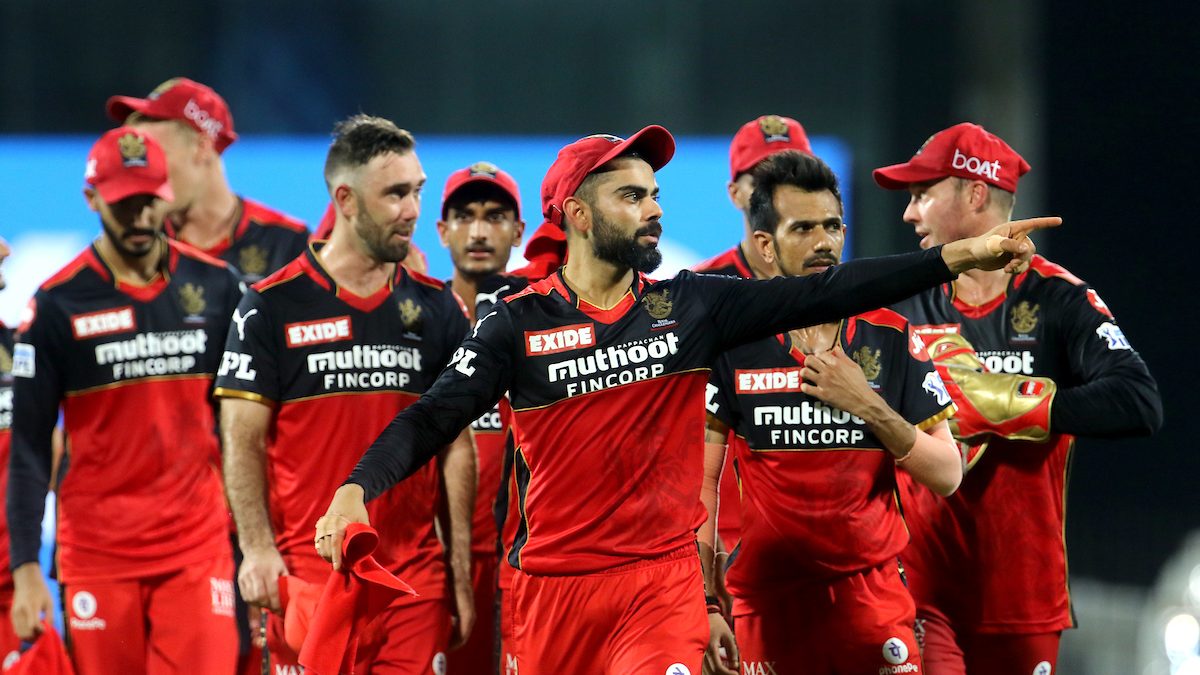 After enjoying an impressive campaign in the first half of Indian Premier League (IPL) 2021, Royal Challengers Bangalore (RCB) have made a dismal start to the UAE leg. The Virat Kohli-led side suffered defeats in their first two outings after season resumption, and they must go back to winning ways before it’s too late. RCB’s last assignment was against Chennai Super Kings in Sharjah where they suffered a six-wicket defeat.

The Bangalore-based outfit must be gutted with the result as they started off well. Openers Virat Kohli and Devdutt Padikkal added 111 runs for the first wicket as RCB looked all set to post a mammoth total. However, the middle-order couldn’t come to the party as CSK restricted them to 156/6. Chasing the below-par total, the MS Dhoni-led crossed the line with as many as 11 balls to spare.

Needless to mention, skipper Kohli would be gutted with his side’s effort and the same is evident in a video shared on RCB’s official Twitter page. Kohli said the team should be hurt with this loss and they need to do better to get the glory.

“Coach Mike Hesson and Captain Virat Kohli address the team after a tough loss against CSK, and identify areas to improve ahead of the all-important fixture against MI (Mumbai Indians) on Sunday,” read the caption of the post.

We could have really put CSK under pressure, and won this one: Virat Kohli

“Giving a game away when we knew, could have really put them under pressure, and won this one. It should hurt everyone when looking to win this tournament and go all the way. It should hurt guys that we gave away a great opportunity, which is acceptable as long as we are willing to learn from it,” skipper Virat Kohli said in the clip.

Coach Mike Hesson and Captain Virat Kohli address the team after a tough loss against CSK, and identify areas to improve ahead of the all important fixture against MI on Sunday.#PlayBold #WeAreChallengers #IPL2021 pic.twitter.com/1vhVt44sU1

Speaking of what went wrong for RCB, Hesson reckoned a total of 170 would have been substantial on the track and batting became more difficult progressively. “170 would have been a good score, everybody saw it got harder and harder to bat, the pitch was always going to be tough to start. 6/66 in the last 10, we would have wanted 10-15 more than that. You would have certainly wanted a few more runs,” said the Kiwi catch.

Meanwhile, RCB will meet Rohit Sharma’s Mumbai Indians in their next fixture. The encounter takes place at the Dubai International Cricket Stadium in Dubai on Sunday (September 26).