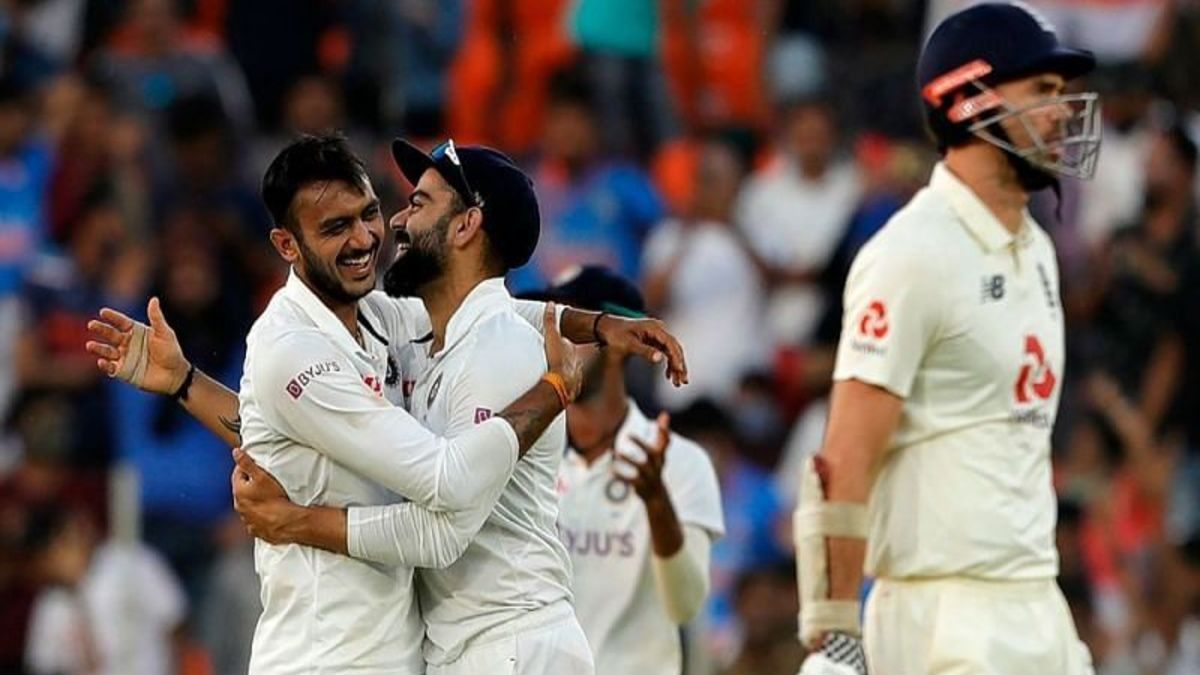 Axar Patel has been an absolute revelation for India’s Test team. The left-arm spinner was picked in the squad for the ongoing series against England only because incumbent Ravindra Jadeja was injured. And he has grabbed the opportunity with both hands. Axar missed the series-opener with an injury before making his debut in the second Test and has not looked back since then.

On Thursday (February 25), he helped India thrash England by ten wickets inside two days in the third Test to take an unassailable 2-1 lead. Axar picked up a total of 11 wickets in the game as England were all out for just 112 and 81 in their first and second innings respectively. In the first innings, he had picked up 6 for 38 after the visitors decided to bat first.

His performance in the second innings was even better as India were under pressure after being bundled for 145. Axar struck on the very first ball of the second innings to remove Zak Crawley. One ball later, he dismissed Jonny Bairstow to reduce England to 0 for 2. The left-arm spinner went on to pick three more wickets to pick his third consecutive five-wicket haul.

Ravichandran Ashwin also played a big role in England’s demolition by picking up four wickets. Set a target of 49, India crossed the finishing line inside 8 overs. Openers Rohit Sharma and Shubman Gill shared an unbeaten 49-run stand to take the team home without any trouble. India need just a draw in the last Test to clinch the series as well as book their place in the final of the ICC World Test Championship (WTC).

he mood in the Indian camp is high after the win in the third Test and skipper Virat Kohli pretty much proved it by hilariously praising Axar Patel in Gujarati. All-rounder Hardik Pandya was interviewing Axar after the game when Kohli decided to interrupt. Kohli walked up to the duo before jokingly praising the local boy in the local language.

Here is a clip of the incident:

DO NOT MISS: @hardikpandya7 interviews man of the moment @akshar2026.👍👍 – By @RajalArora