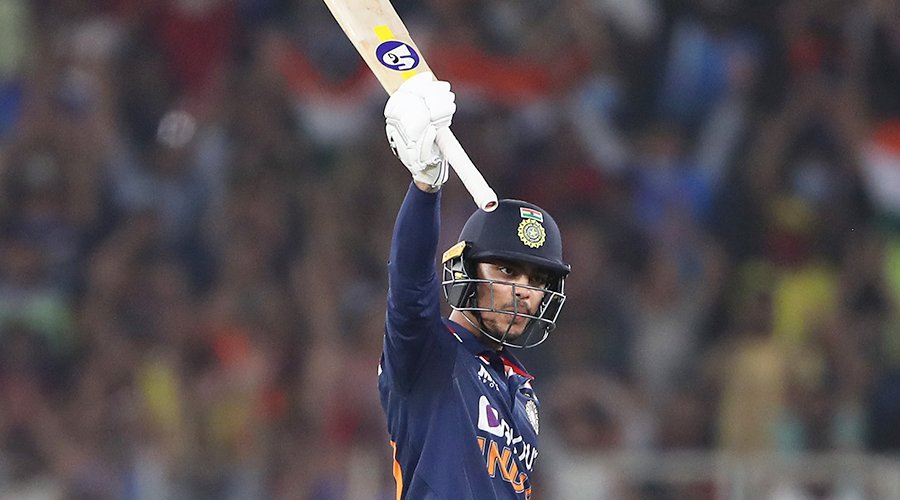 For Ishan Kishan, the 2021 Indian Premier League was turning out to be a nightmare. In his first eight games in the tournament, the southpaw managed 107 runs at an average of around 12. After enduring the failures in the middle-order, the left-hander was left out of the eleven. However, fortunes turned around for him after he was sent to open the batting for Mumbai Indians.

In his last two IPL outings, Kishan 134 runs off 57 balls at a strike rate of 235.08. On Friday, the youngster smashed a 32-ball 84 against the Sunrisers Hyderabad at the Sheikh Zayed Stadium in Abu Dhabi. Having notched the fastest fifty in IPL 2021 off a mere 16 balls, Kishan bagged the Player of the Match award as MI won the game by a comprehensive margin of 42 runs.

He also put to rest the doubts surrounding his form ahead of the T20 World Cup, scheduled to get underway on October 17 in the UAE. After MI’s thumping win over the Orange Army, Kishan was happy to have got his form back. He also said that it was RCB and Indian skipper Virat Kohli, who backed him to open the batting in the upcoming World Cup in the UAE.

You have to be prepared for every circumstance, says Ishan Kishan

“A very good thing for me as well as for the team. Getting in good touch before the World Cup. Good state of mind is very important. I knew we are in a do-or-die situation. It was just the intent and the positive mindset. I haven’t scored as many boundaries in the cover region this season,” Kishan was quoted as saying after the match.

Kishan made his debut for India earlier this year and didn’t flatter to deceive. In two ODIs and three T20Is, he made 60 and 80 runs respectively with two half-centuries.

Flashback: Cricket’s oldest international rivalry which began before the Ashes