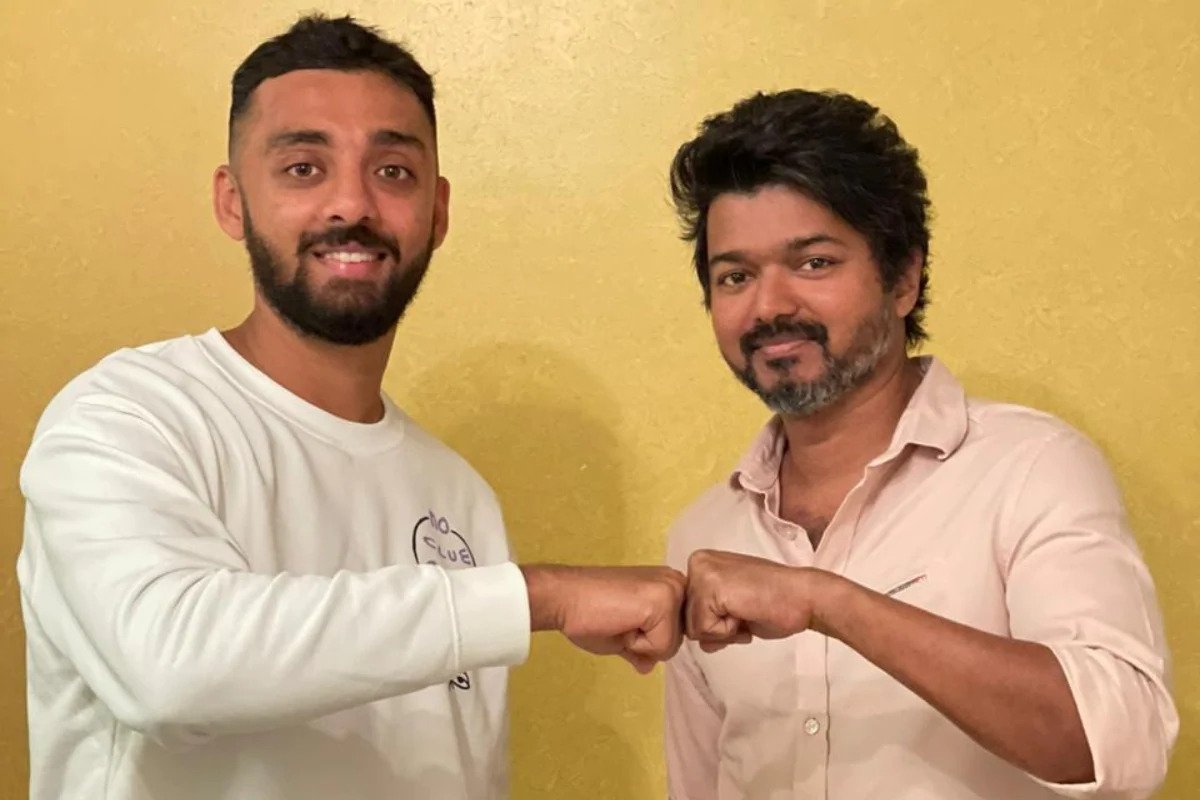 Kolkata Knight Riders mystery spinner Varun Chakravarthy made headlines after he was spotted with the south film superstar Thalapathy Vijay. Varun had a tremendous run in the recently concluded 13th edition of the Indian Premier League. He finished the tournament with 17 wickets in 13 games with an economy rate of 6.84.

The Bidar-born spinner is a big fan of Vijay and had often expressed the desire of meeting his idol one day. Sharing the picture with the south filmstar on his official Twitter handle, Varun used the lyrics of the South drama-thriller “Master”.

Chakravarthy ruled out of India tour of Australia

Chakravarthy had earned his maiden call-up for the Indian team last month for the T20I series in Australia after impressing selectors in the IPL. Varun was stunning throughout the tournament and his performance forced the Knight Riders management to bench one of their experienced spinners, Kuldeep Yadav.

Also, the 29-year-old was the only one to take a five-wicket haul in the IPL 2020. His sensational spell of 5/20 against Delhi Capitals is hailed as one of the most economical spells of the cash-rich league. However, the spinner was dropped by the Board of Control for Cricket in India (BCCI) after he was diagnosed with a labrum tear in his shoulder. The injury doesn’t affect his bowling but hinders his throwing. It is also speculated that it’s an injury that he has had for a while but has aggravated as the IPL progressed.

“The spinner has been ruled out of the T20I series owing to a shoulder injury. The selectors have named T Natarajan as a replacement,” the BCCI had said in a statement.

India team will be resuming international duties with the India tour of Australia comprising three-match ODI and T20I series followed by four-match Border Gavaskar Trophy, starting from November 27 in Sydney.