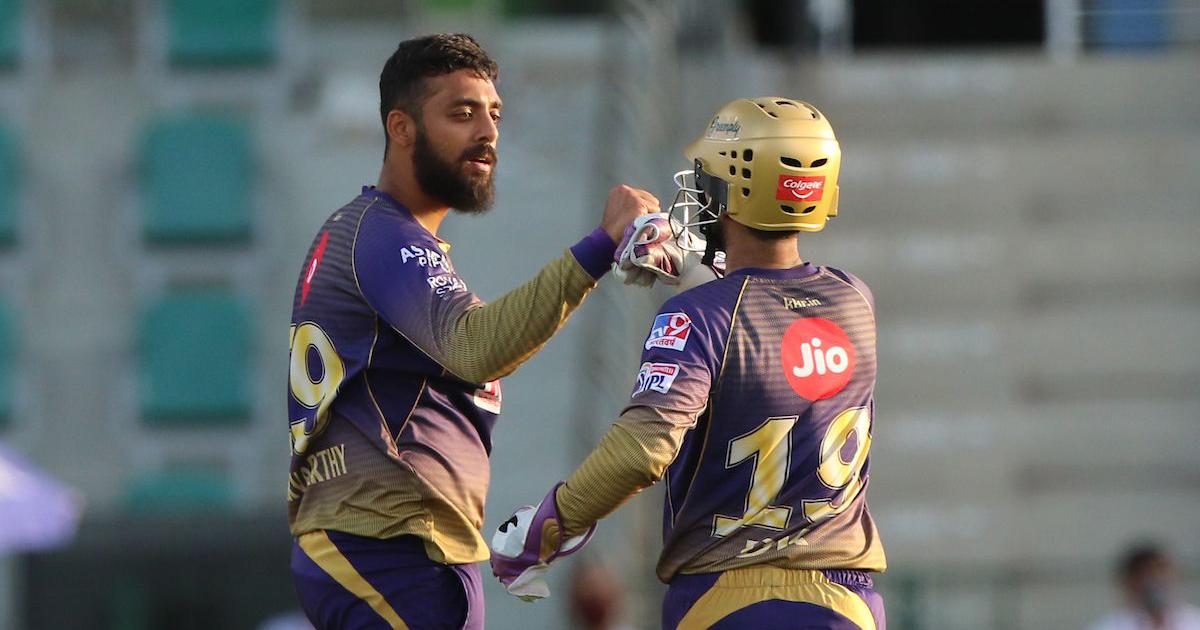 Mystery spinner Varun Chakaravarthy has become a household name in recent times all thanks to his brilliant performances. Despite not being a massive turner of the ball, Chakaravarthy has troubled many prominent batters with the bucket of variations in his arsenal. His stunning performances in the Indian Premier League (IPL) and domestic circuit even earned him a maiden Team India cap last month.

Chakaravarthy made his T20I debut during the Sri Lanka tour in July. He grabbed the opportunity with both hands and troubled the Lankan batters constantly. Although he picked just two wickets in three T20Is, the 29-year-old had an economy rate of 5.3. Hence, one can call his maiden assignment with the national team successful. Recalling his stint with the Men in Blue, Chakaravarthy revealed having a conversation with his Kolkata Knight Riders (KKR) teammate Dinesh Karthik a day before his debut.

Dinesh Karthik shared his observations on where to bowl: Varun Chakaravarthy

“I called him the day before the match and asked him because he was commentating on the England-Sri Lanka series also. He did give me a few inputs. He shared his observations on where to bowl and how to bowl and how the Sri Lankan players play and those kinds of things.” Chakaravarthy told ESPNCricinfo.

The star spinner also revealed that he couldn’t sleep after learning about his debut. However, he didn’t show many signs of nervousness in his first game. He gave just 28 runs in his quota of four overs alongside taking an important wicket of Sri Lankan skipper Dasun Shanaka. His efforts proved to be fruitful as Indi walked away with a 38-run triumph.

Speaking of that game, Chakaravarthy said he focused on his performance while keeping his emotions aside. “Paras Mhambrey [bowling coach] gave me the cap and it was a very emotional moment for me. It felt like it was a dream come true and it was what I’ve been wanting for a long time. Obviously, there was responsibility, but I wasn’t blinded by all those emotions and just kept myself in the present,” Chakaravarthy asserted.

Meanwhile, Chakaravarthy and Karthik will reunite for the second leg of IPL 2021, which gets underway on September 19 in the UAE. With KKR winning just two of their first seven games, the duo has a job in hand to change their side’s fortune.

Afghanistan vs Pakistan ODI series likely to be played in Pakistan