Topping Tests: Three teams that have won the ICC Test mace the most times 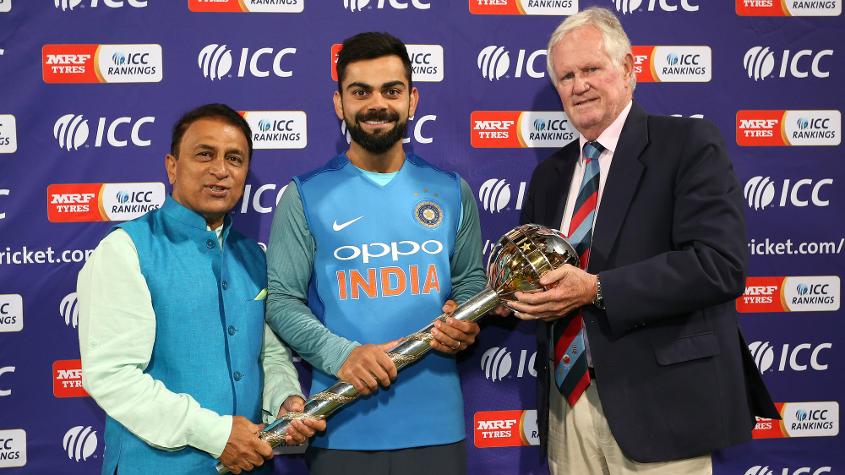 ICC ranking is the major criteria to judge the performance of any team over the course of the entire year. In the ODI and T20I format, we do have the World Cups to decide the champions of that format, while the Test championship was also introduced for the longest format in 2019. However, ICC Test mace is also given to the top-performing team.

Whichever team is ranked number one in Test cricket at the end of ICC annual year, is given a Test mace every year by the ICC. Along with this, the team winning the mace is also given prize money of about 10 thousand dollars from the ICC.

In the annual update in 2021, the Indian team retained the number 1 spot in the ICC Test ranking. Before this, New Zealand became number 1 at the start of the year but team India regained their top spot. In this special article, we will be discussing the three teams that have won this ICC Test mace the most times.

The Proteas team have won the ICC Test mace three times, and that too in consecutive years from 2012-13 to 2014-15. The team was led by Graeme Smith and Hashim Amla in these years. They had a formidable bowling attack which consisted of Dale Steyn, Morne Morkel, Vernon Philander amongst others. The batting unit comprised of Dean Elgar, Faf du Plessis and AB de Villiers managed this outstanding success.

In 2009, India became number one in the Test rankings. They retained it for next year as well and won the Test mace for two consecutive seasons. MS Dhoni was leading India at that time. From the year 2016 onwards, India maintained their number one position in the ICC Test rankings for five consecutive years. This high was achieved under the captaincy of Virat Kohli and the team also topped the World Test Championship table.

Australia’s team has won the ICC Test mace the most i.e. 9 times. They won it for eight consecutive seasons from 2001-02 to 2008-09. Australia’s team was led by Ricky Ponting for most of these years. Before him, Steve Waugh was the skipper. Later, the Aussie team won the Test mace for the ninth time in the captaincy of Steve Smith in 2015-16.