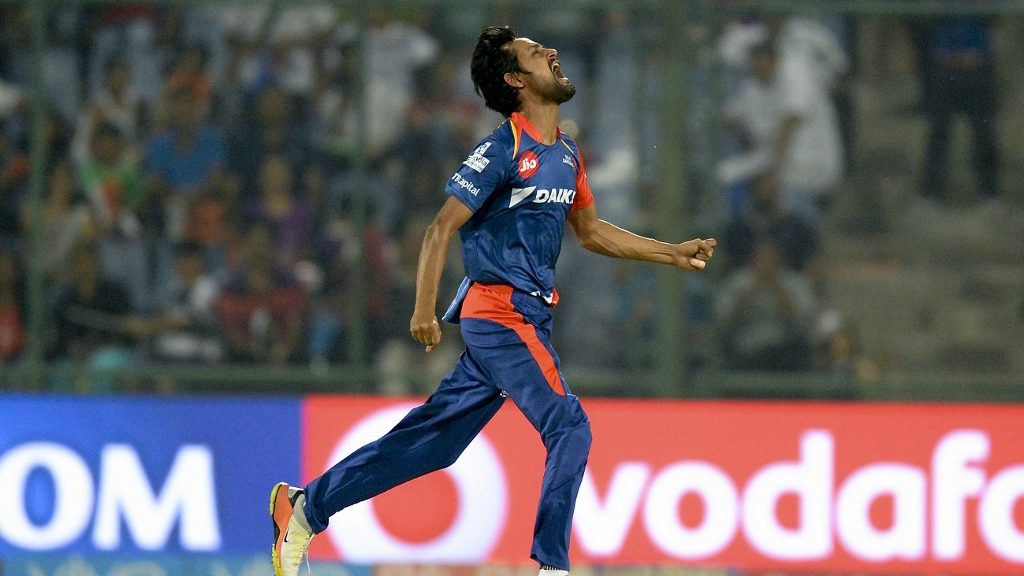 Shahbaz Nadeem, on 20th September 2018, produced his career-best performance to run through Rajasthan team in the Vijay Hazare Trophy. In the match hosted by Chennai’s Murugappa Ground, Nadeem ended up with analyses of 10-4-10-8 for Jharkhand to bundle out Rajasthan for 73 runs. He was brought in as second change during the 10th over when Rajasthan was 32/0.

The left-arm spinner took eight wickets across his first eight overs including six wickets across 27 deliveries. Anukul Roy picked up the 9th wicket as Nadeem lost the chance of a perfect ten. Anukul also took the last wicket but after Nadeem’s ten overs quota was completed. Nadeem broke the record of best List-A bowling figures by Rahul Sanghvi, another Indian left-arm spinner.

Sanghvi registered figures of 8/15 while playing for Delhi during the 1997 Ranji One-Day game against Himachal Pradesh. Sanghvi took each of the last seven wickets to fall during the Himachal’s innings. It was Michael Holding who held the record for best figures in List A cricket when Sanghvi set a new record. Holding, playing for Derbyshire in the 1988 NatWest Bank Trophy, took 8/21 in 10.1 overs against Sussex.

Chaminda Vaas’ 8/19 during an ODI against Zimbabwe in 2001 stands at 3rd place in the best bowling figures in List A cricket. Vaas, till date, is only the player to claim eight wickets in an ODI match. The left-arm pacer took eight wickets in his first eight overs and was set towards a perfect ten. But Muttiah Muralitharan, after being introduced, took two wickets in the four balls to rattle Zimbabwe for just 38 runs.

Holding’s 8/21 is currently the 5th best as another Sri Lankan bettered his record during the 2000s. Pacer Tharaka Kottehewa took 8/20 in 9.4 overs for Nondescripts Cricket Club in Sri Lanka’s Premier List A tournament. Kottehewa took two hat-tricks in the match; the first one to complete a 5-wicket haul and another hat-trick to finish off the match. He is also the only player till date in List A cricket to pick two hat-tricks in the same game.