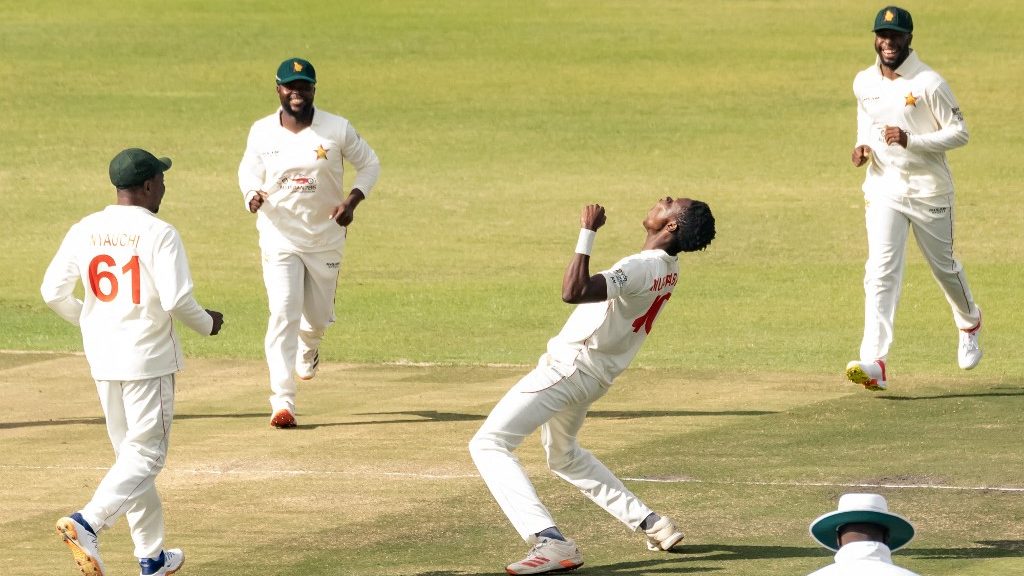 Bangladesh player Taskin Ahmed and Zimbabwe fast bowler Blessing Muzarabani have both been fined 15 per cent of their match fees for breaching Level 1 of the ICC Code of Conduct during the second day of the one-off Test in Harare.

In addition to this, one demerit point each has been added to the disciplinary records of the players, both of whom did not have any previous offence in a 24-month period.

Blessing Muzarabani involved in a tussle with Taskin Ahmed

The incident occurred in the 85th over of Bangladesh’s first innings on Thursday. After Muzarabani had bowled a delivery to Taskin, the two players moved aggressively towards each other, and contact was made after words were exchanged face to face.

Both players admitted the offence and accepted the sanctions proposed by Andy Pycroft of the Emirates ICC Elite Panel of Match Referees and ratified by the ICC Cricket Operations department as per the COVID-19 interim playing regulations. There was no need for formal hearings.

Level 1 breaches carry a minimum penalty of an official reprimand, a maximum penalty of 50 per cent of a player’s match fee, and one or two demerit points.

Muzarabani was impressive with the ball in the first innings. He picked up four crucial wickets of Najmul Hossain Shanto, Mushfiqur Rahim, opener Saif Hassan and tail-ender Ebadot Hossain. However, he couldn’t stop Bangladesh from amassing a massive score of 468 on the board. He has been a revelation for Zimbabwe cricket in the last 12 months.

As far as Taskin is concerned, he scored a career-best 75 in the first innings with 11 fours. He was also involved in a 191-run stand with Mahmudullah for the ninth wicket before Milton Shumba dismissed him. With the ball, Taskin got rid of Roy Kaia for a duck and bowled 10 maidens in 24 overs.