The International Cricket Council has put forth the itinerary for the upcoming T20 World Cup in the United Arab Emirates and Oman. The tournament was set to take place in India but had to be moved due to COVID-19 hassles. The event will take place from October 17 to November 14.

The tournament will start with the Round 1 matches, comprising Group A and B. Group A features Sri Lanka, Ireland, the Netherlands and Namibia. Group B has Bangladesh, Scotland, Papua New Guinea and Oman. Thereafter, the Super 12, consisting of Group 1 and Group 2 will be held.

Earlier in July, Jay Shah, the secretary of the Board of Control for Cricket in India, launched the T20 World Cup in Muscat, Oman. Oman is one of the hosts and therefore, it was learned that the Oman Cricket Academy could host six matches of Group B in Round 1. 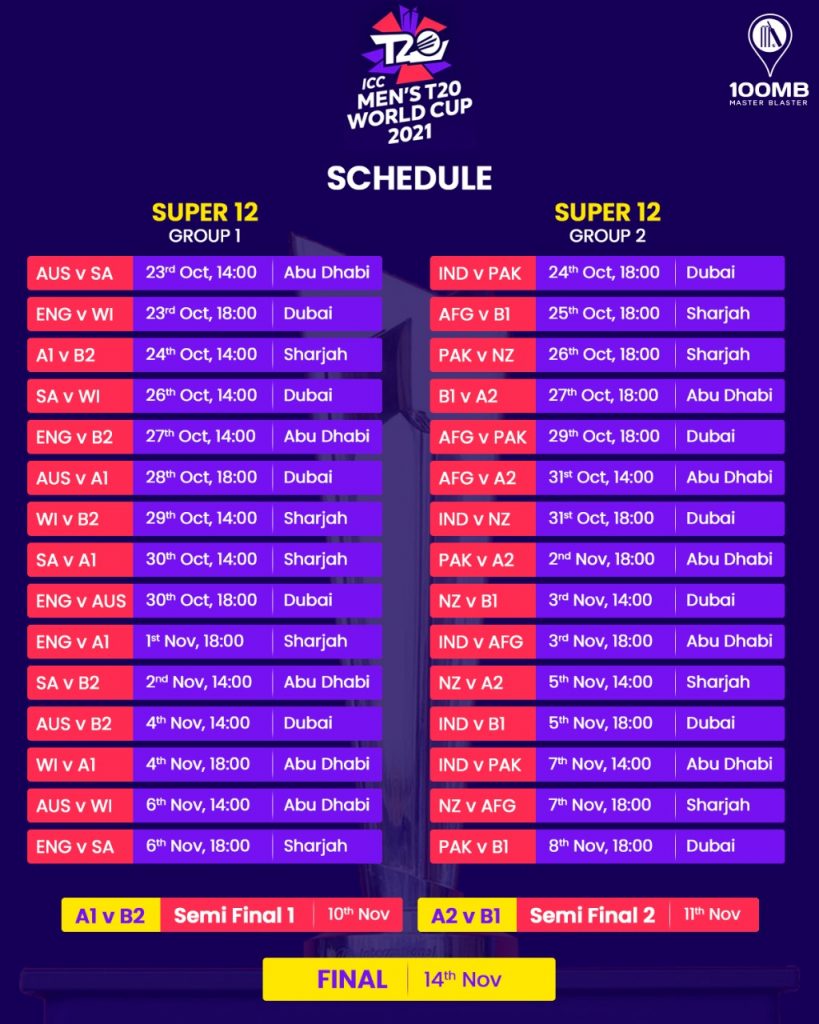 The BCCI was in charge of deciding the schedule and the allocation of games was at its discretion. The decision to host the matches in Oman was said to have taken place during a meeting in Delhi.

“I am particularly delighted to be in Oman. As a major force in world cricket, the BCCI has always endeavoured to promote and assist Associate Nations. In my capacity as Asian Cricket Council President, my vision is to take cricket far and deep into Asia.

“Co-hosting the World Cup will put Oman Cricket on the global stage. They are also playing the Qualifiers and it will be an icing on the cake if they make it to the Super 12s,” the BCCI secretary was quoted as saying.

Previously, Sourav Ganguly, the BCCI president, Jay Shah, Rajiv Shukla, the BCCI vice-president, Arun Dhumal, the BCCI treasurer, and an ICC team went to Oman to recce the playing conditions at the venue.

Oman was picked as the venue since hosting the matches only in Dubai, Abu Dhabi and Sharjah wasn’t deemed feasible by the who’s who of the BCCI and ICC. In the meantime, it was also reported that the ICC could allow crowds at venues for the mega event.