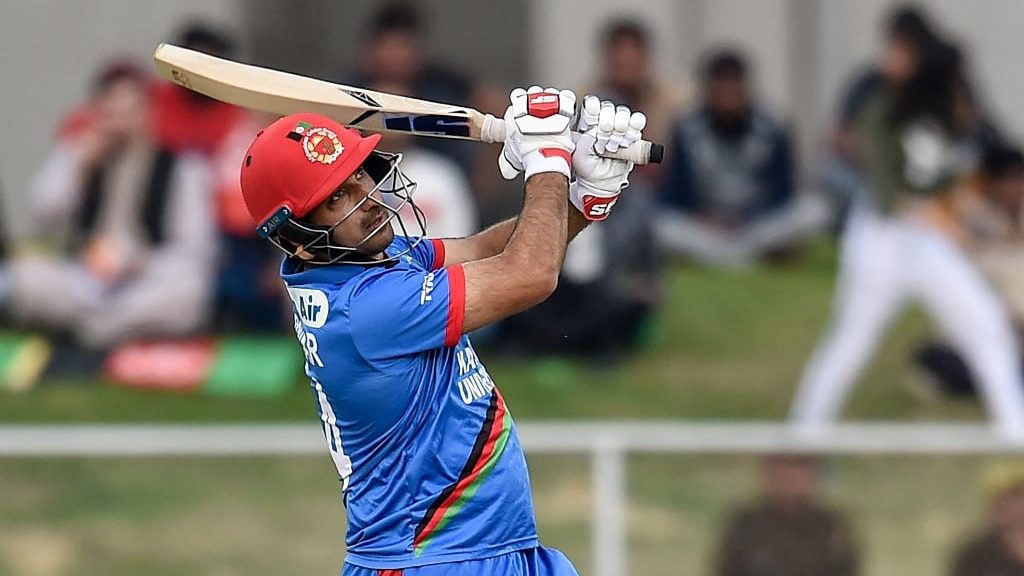 The T20 World Cup 2021 is all set to begin on October 17 in the UAE and teams would be putting their best foot forward to grab the limelight. Afghanistan, who are already going through a lot of disturbances in their nation, will be eager to play some quality cricket after a long time. They can definitely give hiccups to some of the big teams with their action. In the same sequence, let’s take a look at Afghanistan’s probable playing XI.

The 19-year-old wicketkeeper-batsman Gurbaz will be opening alongside Zazai for the Afghans in the high-profile event. Gurbaz has scored 446 runs in 13 T20Is so far and striking at 143.9, he can be crucial for his team. Zazai displayed outstanding form against Ireland recently, scoring 162 off just 62 balls. Averaging over 40 in the T20Is, he is all set to open along with Gurbaz in the UAE.

Zadran is a great option for the team playing in the middle order who can come up with some hard-hitting shots. With an average of 30.56 and a strike rate over 140, he will be crucial for his team.

The former skipper of Afghanistan Asghar Afghan will of great experience for the team in the T20 WC in the UAE. Having an experience of 72 T20Is, he has scored 1317 runs with a strike rate of 109.66.

It is very well known that Afghanistan is a nation that has produced world-class spinners and that is going to be of great importance on the pitches of the UAE. In this light, their team is dominated by all-rounders and bowlers, spinners to be specific.

Nabi, their skipper Gulbadin Naib, and Karim Janat will be the main all-rounders of Afghanistan in the T20 WC. In 27 T20Is, Janat has 29 wickets to his credit and can use his pace well in the given situation. Nabi can be their excellent finisher and can come up with some handy spells as and when required in the game. With rich experience in the international circuit, Naib will be ready to lead his team in the UAE.

It has been proved on the world level that Rashid Khan is one of the finest spinners currently. He has gone to make his mark across several T20 leagues in the world and young Rahman is next in the line. Both of them will be vital for the team.

Naveen-ul-Haq and Dawlat Zadran will be the next two pacers and the final two men in the Afghanistan squad that will play in the UAE.

MS Dhoni is still my most valuable player of IPL 2021: Matthew Hayden