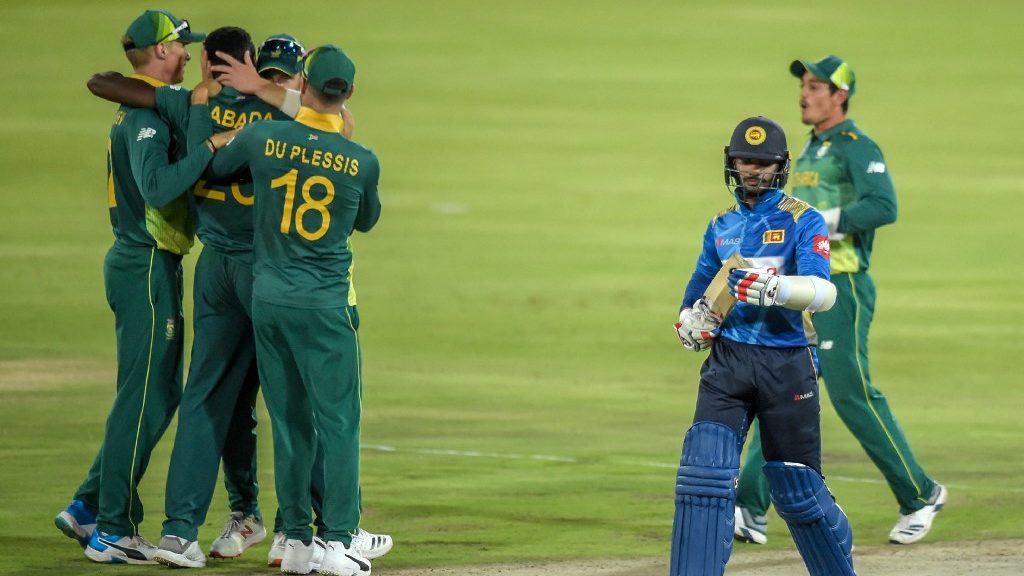 The South African cricket team has unveiled two new jerseys ahead of the 2021 edition of the T20 World Cup that will be held in the months of October and November this year in the United Arab Emirates (UAE).

The first jersey is yellow in color with the logo of the 2021 T20 World Cup finding its place in the top left corner. On the right-hand side, the logo of Cricket South Africa can also be found on the jersey.

You can see the tweet from the ICC below

The South African cricket team has never won the T20 World Cup. In fact, the Proteas have never qualified for the final of the tournament even once as well.

South Africa will open their campaign in the 2021 T20 World Cup against the Australian side on 23rd October 2021. The Proteas will play their opening match of the tournament at the Sheikh Zayed Cricket Stadium in Abu Dhabi.

The South African side will be led by Temba Bavuma during the multi-nation tournament. Several senior players like Faf du Plessis, Imran Tahir, and Chris Morris have been omitted from the squad for the mega event.

The South African side will also play a couple of practice matches ahead of the main tournament. The Proteas will play their first warm-up match against the Afghanistan side on 18th October 2021. This clash will take place at the Sheikh Zayed Cricket Stadium in Abu Dhabi.

Then, on 20th October 2021, the South African outfit will play its second warm-up match against Pakistan at Abu Dhabi. South Africa has been in excellent form in T20I cricket in the recent past. The Proteas have won the last 7 T20I matches that they have played leading up to the tournament.