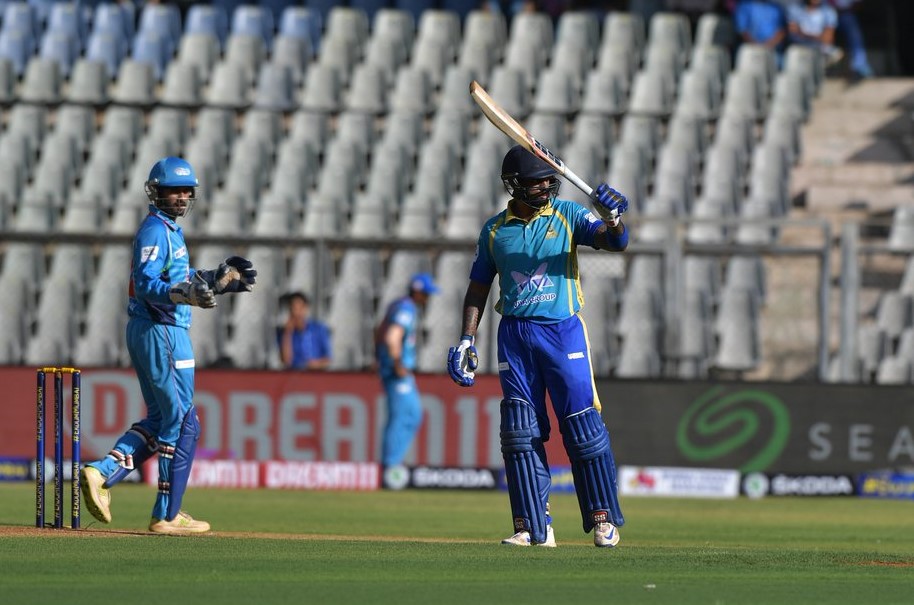 The second season of the T20 Mumbai began with a bang at the Wankhede Stadium yesterday. The first day witnessed four teams in action with the defending champions and a debuting side taking the field. Aakash Tigers MWS, playing their inaugural match, defeated 2018 Champions Triumphs Knights MNE in the afternoon game. SoBo Supersonics reigned supreme over ARCS Andheri in the following encounter.

With eight teams participating, every day will be a double-header in the T20 Mumbai tournament. The first match featured a few familiar names, but it ended up as a low-scoring game. The second match of the day included some spectacular hitting in the first innings which turned it into a one-sided encounter. Here are the highlights from the first day –

Suryakumar Yadav won the IPL 2019 with Mumbai Indians on Sunday, 12th May. After celebrating the victory on Monday, he turned up to lead his side yesterday in the afternoon game. The right-hander walked out to bat with side reeling at 25/2 in four overs. He kept his composure and batted with the intention of seeing the innings through.

By the end of the 17th over, the team score was 101/5 with Surya batting on 46(41). He pressed the accelerator and gathered 12 runs from the over. Dhawal Kulkarni showed his class and kept Surya quiet. He next took on Minad Manjrekar and smashed 28 runs (4 sixes, 1 four) in the final over. The Triumph Knights captain ended up with an unbeaten 90 from 56 balls. Unfortunately, it came in a losing cause.

All eyes on Arjun Tendulkar

Alongside Aakash Tigers MWS, Arjun Tendulkar also made his T20 Mumbai debut. Son of the Indian legend Sachin Tendulkar, Arjun was the most expensive buy in the tournament auction. Yesterday he featured in the afternoon game. This was perhaps his first televised match in India and all eyes were on his performances.

Stepping to bowl the second over the day, Arjun did not disappoint the spectators. The left-arm pace bowler bowled steady line and lengths to keep the batsmen under pressure. He bowled his three overs on the trot and conceded only 21 runs. Arjun also dismissed Karan Shah. He then batted at number three in the chase and contributed 23(19) in the winning cause.

The night game saw SoBo Supersonics taking on ARCS Andheri. Batting first, Supersonics were in all sorts of troubles at 33/2 in five overs. Parag Khanapurkar joined the opener Mansingh Nigde at the crease. While Nigde failed to force the run rate, Khanapurkar took on Andheri bowlers with ease. His first major assault was on Shubham Ranjane where he collected 19 runs from the over.

After 14 overs, Supersonics found themselves at 104/2 with Khanapurkar batting on 39 off 26 balls. The right-hander went berserk and smashed the ball to all parts in the end overs. He almost became the first centurion of T20 Mumbai tournament but fell just four runs short of the milestone. He was run out while attempting a double in the last over. His belligerent knock of 96 from 49 balls included 10 fours and five sixes. Supersonics posted 188/5 in 20 overs which was enough to earn a 48-run victory.

England’s batters are world-beaters but what about their bowlers? 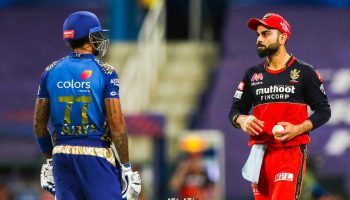 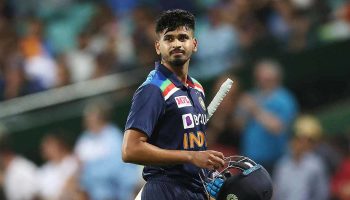 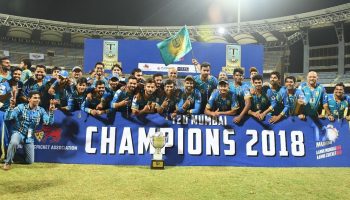 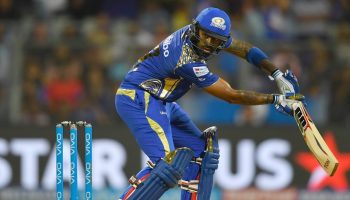