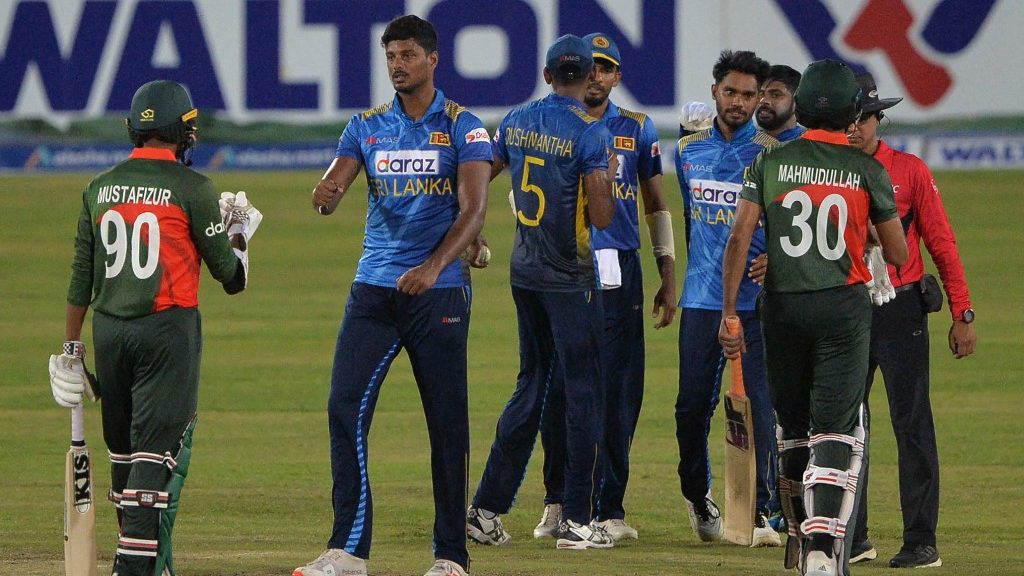 It’s not a good time to be a Sri Lankan supporter as apart from the team’s abject surrender against England, things got worse when Kusal Mendis, Danushka Gunathilaka, and Niroshan Dickwella breached the team’s bio-bubble and were asked to leave home immediately. Clearly, the team is in turmoil and is searching for answers to stem the rot, which has even agitated their fans to a large extent.

The trio comprises of most senior members in the team and such misbehavior from the experienced members, affects the team morale. Cricketer-turned-commenter Kumar Sangakkara is not happy with Dickwella, Gunathilaka, and Mendis and feels the players should get enough support once they return to Sri Lanka, rather than making them look like culprits.

The former wicketkeeper-batter also feels that the players should be given counseling on the matter and help them get over it. No doubt there will strict action taken against the trio, but there need to be ways to make these players better individuals by making them focus on a positive lifestyle.

“The three players are very senior players, one the vice-captain. There will be an inquiry and there will be a sanction. I hope that support and counseling will be made available to keep developing them, not just skill-wise as cricketers but more as people, to get them really focused on living a positive lifestyle on and off the field,” Sangakkara said.

Sri Lanka suffers yet another series defeat in the T20 format

On the other hand, the Sri Lankan team was once again comprehensively beaten by the B-looking England side in a three-match T20I series. This defeat is their fifth straight loss in the shortest format and losing the battle without giving a fight, has made a lot of experts and fans angry, to say the least.

England were without many of their regular choice players such as Jofra Archer, Ben Stokes, Jos Buttler, and Jason Roy and yet the island nation failed to come even close to winning a single game in the three T20Is. Things remained the same in the ODI format too, as the team was bowled out for just 185. There are still two ODIs left and the Sri Lanka team will hope to salvage some pride.