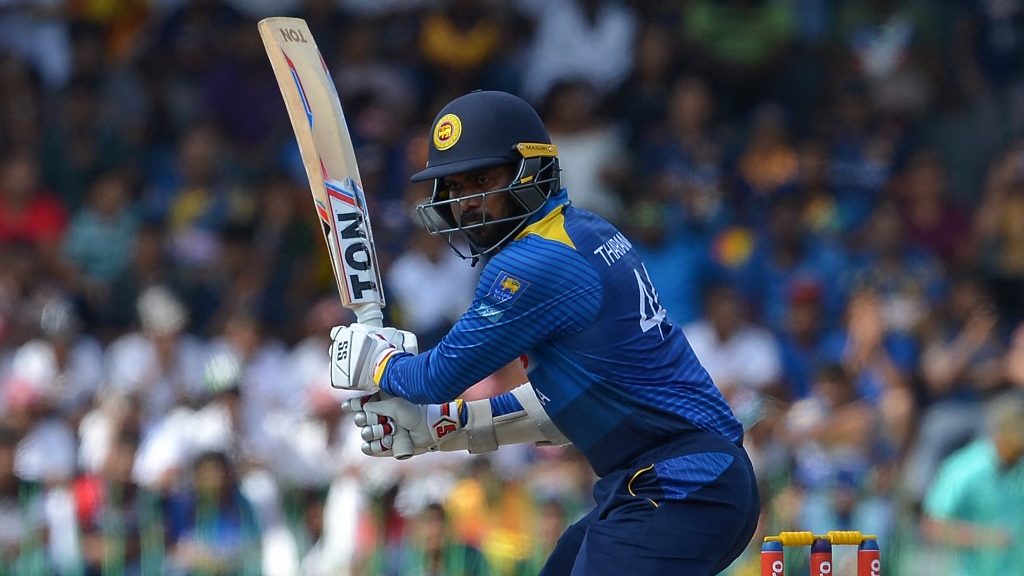 Sri Lanka batsman Upul Tharanga, on Tuesday (February 23), announced his retirement from international cricket. The left-handed batsman has ended his international career as one of Sri Lanka’s finest opening batsmen. Tharanga last played for the Island nation in 2019 during the Cape Town ODI against South Africa.

After making his Test debut against India in 2005, Tharanga represented Sri Lanka in 31 Tests and scored 1754 runs at an average of 21.89. He also scored three centuries and eight fifties in the longest format of the game. Incidentally, his last appearance in Tests also came against India during the Pallekele Test in 2017.

Tharanga’s best performance came in the 50-over format where he forged one of Sri Lanka’s most successful opening stands with Tillakaratne Dilshan. Having made his ODI debut against West Indies in 2005, he played 235 ODIs for Sri Lanka and made 6,951 runs at an average of 33.74. The southpaw slammed 15 centuries and 37 half-centuries in the ODIs.

His career-best score of 174* is the second-highest by a Sri Lankan in the format to date. Tharanga had played a crucial role in Sri Lanka’s march to the final of the 2011 World Cup where they had lost to India in the final. The 36-year old had finished the competition as the fifth-highest run-scorer, scoring 395 runs in 9 games with the help of two centuries and a fifty.

Tharanga retires as the fifth-best century-maker for Sri Lanka, after Sanath Jayasuriya, Kumar Sangakkara, Tillakaratne Dilshan, and Mahela Jayawardene.  He played 26 T20Is for Sri Lanka, scoring 407 runs with a best of 47. An occasional wicketkeeper, Tharanga also lead Sri Lanka for a brief period of time.

All good things must come to an end: Upul Tharanga

I have decided to retire from international cricket 🏏 pic.twitter.com/xTocDusW8A

Upul Tharanga took to Twitter to announce his decision of retiring from international cricket. He posted a statement with the caption: “I have decided to retire from international cricket.” In his statement, Tharanga thanked Sri Lanka Cricket, the fans, and his family for their support in his career. He concluded with the hope that Sri Lanka cricket would bounce back soon.