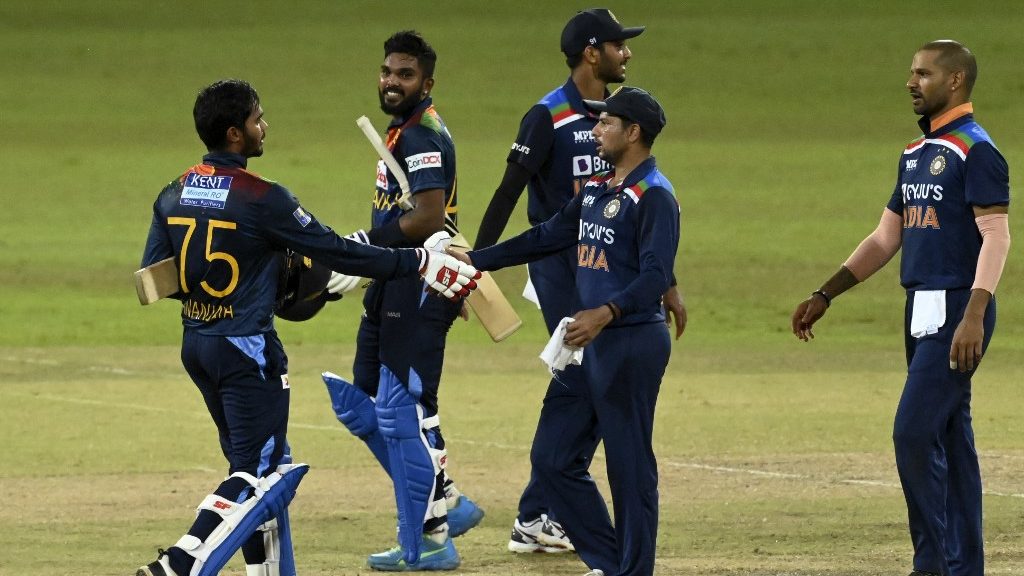 Sri Lanka Cricket has decided to provide its national players USD 100,000 after the team’s 2-1 victory against India in the three-match T20I series. The Lankans didn’t have a number of their big names due to various reasons and they fell 0-1 down in the series as well. However, Dasun Shanaka and Co made a stupendous comeback with their backs pushed to the walls.

After winning the second T20I by four wickets with two balls left, the hosts put forth a dominating show in the final match. In the decider, the Islanders won by seven wickets with 33 balls left after restricting Shikhar Dhawan’s India to a paltry 81.

It also happened to be the Lankans’ first bilateral series win over the Men in Blue since the year 2008. SLC, quite rightfully, decided to reward the players for their stupendous show.

“Sri Lanka Cricket wishes to congratulate the National Team for the excellence shown on the field during the T20i series played against India, thus winning the series 2 -1,” a SLC media release stated, Sportskeeda reported.

“The Executive Committee of Sri Lanka Cricket lauded the efforts of the players, coaches, and the support staff for bringing this much-needed victory, which it believes will augur well for the National team going forward.

“Hence, in order to recognize this victory, the Executive Committee of Sri Lanka Cricket decided to award a sum of US$ 100,000 for the National Team,” the report added.

In the last game, India didn’t have quite a few of their players, who went into isolation after Krunal Pandya tested positive for COVID-19. India played with only five specialist batters in their last two T20Is at the R Premadasa Stadium in Colombo and their inexperience in batting showed.

Wanindu Hasaranga ran through their batting as he picked up four wickets and gave away only nine runs in his quota of four overs. He also got support from Shanaka, who picked two wickets.

In the run-chase, Dhananjaya de Silva’s unbeaten 20-ball 23 helped the Lankans over the line. For India, Rahul Chahar picked up three wickets in his four overs, giving away 15 runs.