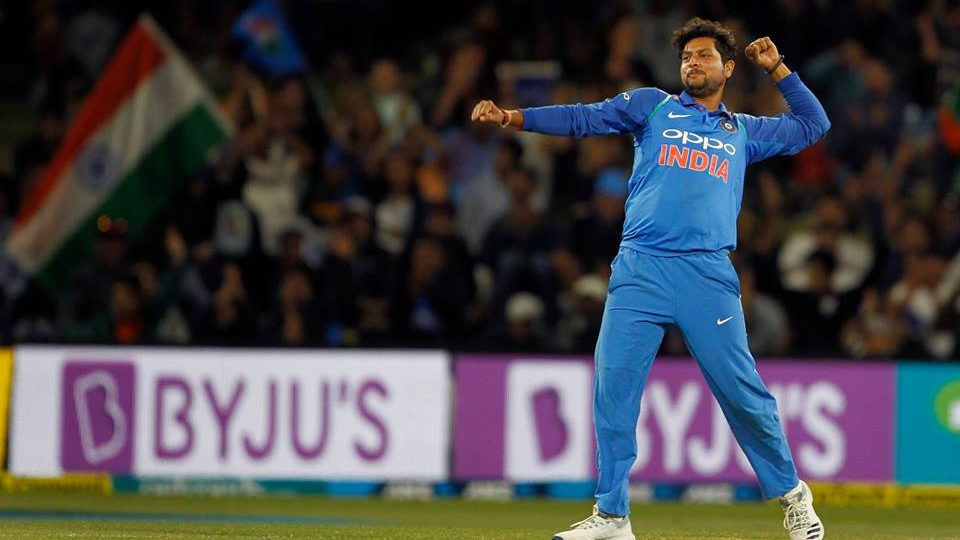 Kuldeep Yadav, the Indian spinner, lauded Rahul Dravid for keeping him in high spirits amidst his travails at the international level over the last few months. Kuldeep had an impressive outing for Team India in their opening ODI against Sri Lanka on Sunday, July 18 at the R Premadasa Stadium in Colombo.

The left-arm wrist-spinner picked up the wickets of opener Minod Bhanuka and Bhanuka Rajapaksha and gave away 48 runs in his quota of nine overs. Speaking on Dravid, the tweaker said that ‘The Wall’ of Indian cricket had his back during the tough phase and asked him to enjoy the game.

Kuldeep put forth his opinions during the post-match press conference following India’s resounding seven-wicket triumph in the series opener.

I am very happy about the good performance: Kuldeep Yadav

“Pressure and nervousness are always there when you play. I was playing after a long time. Initially, there were a lot of conversations, Rahul sir backed and motivated me a lot. He talked about enjoying the game, believing in the process that we worked on in the last fifteen days without worrying about the result. I am very happy about the good performance,” Kuldeep was quoted as saying.

Kuldeep also spoke about the difficulties of staying in the bio-security bubble at a time when opportunities are few and far between. From Sunday’s playing eleven, Kuldeep was the only player, who didn’t get to play a single match in the first leg of the 2021 Indian Premier League.

“It’s difficult to stay in the bubble for a long time but when you are not playing, a lot of doubts creep into your mind. Perhaps, there are a lot of people who want to help you, talk to you, but the more you talk the more doubts are created. But it’s a team sport, sometimes you get the chance, sometimes you don’t. You should just wait for that opportunity,” he added.

As far as the game was concerned, India chased down 263 with as many as 80 balls to spare. Shikhar Dhawan scored an unbeaten 95-ball 86, but it was Prithvi Shaw who got the Player of the Match award for scoring 43 runs off 24 balls with nine fours.

WATCH: Fearless Ishan Kishan slams the first ball of his ODI career for a six