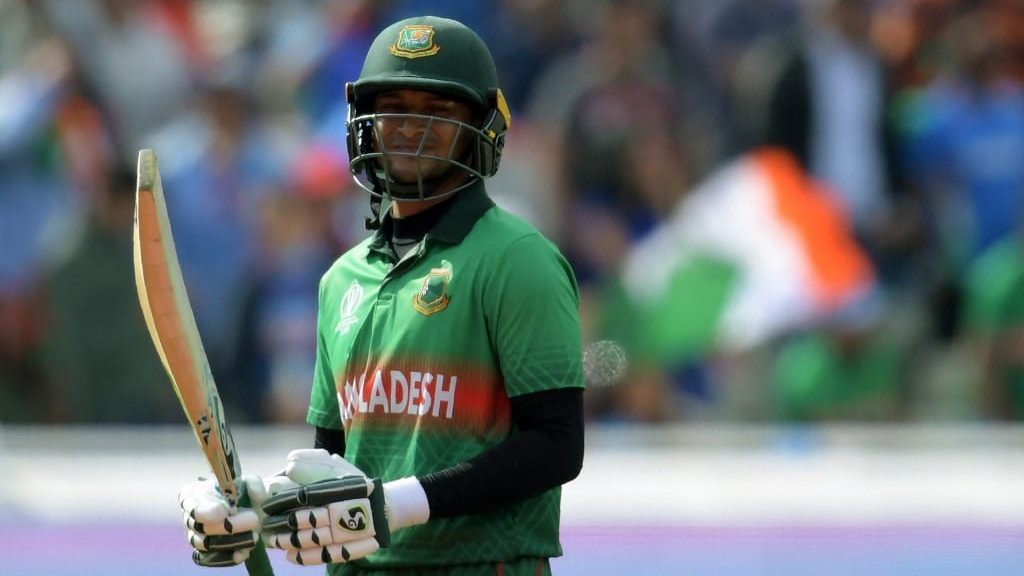 Shakib Al Hasan, on Monday, became the first male cricketer to achieve the double of 1,000 runs and 100 wickets in T20Is. The 34-year-old achieved the feat when he dismissed Ashton Turner in Bangladesh’s fifth and final T20I at the Sher-e-Bangla National Stadium in Mirpur. In the last game of the five-match series, Shakib picked four wickets and became the Player of the Match.

Even as he was the first to achieve the double in men’s cricket, Shakib also became the third player, overall, to accomplish the milestone in T20Is. Australia’s Ellyse Perry and Pakistan’s Nida Dar hold the same record in women’s cricket. Perry has scored 1243 runs and picked up 115 wickets from 123 T20Is. Dar, on the other hand, has 1207 runs and 103 wickets from 108 T20Is.

Dar achieved the feat during Pakistan Women’s T20I series against West Indies Women back in July. In the meantime, the Magura-born Shakib also became the second male cricket after Sri Lanka’s Lasith Malinga to pick up 100 T20I wickets.

I am still enjoying my game: Shakib Al Hasan

On the back of Shakib’s spell on Monday, the Tigers won the final T20I by 60 runs. In the fourth match, he had a torrid time after Dan Christian smashed him for five sixes in one over. In four overs, he went for 50 runs. Shakib admitted that the batters had a tough outing, but sounded happy with his team’s performance in the series.

“I am still enjoying my game. Thanks to my teammates, this achievement wouldn’t have been possible. The wicket was tough but we held our nerves. All in all, a very good series for us. To be honest, if you look at the last game, we scored 104 or 105 and got momentum towards the defence of the chase,” Shakib was quoted as saying

“It wasn’t easy for the batters in this series but the bowlers did well. We are trying to improve all our areas. Our fast bowlers have been improving really well. They have been bowling brilliantly. It has been a good combination of spin and fast bowling. Sometimes I do keep track of the records,” he added.

Jasprit Bumrah would’ve been my player of the match in the first Test: Zaheer Khan