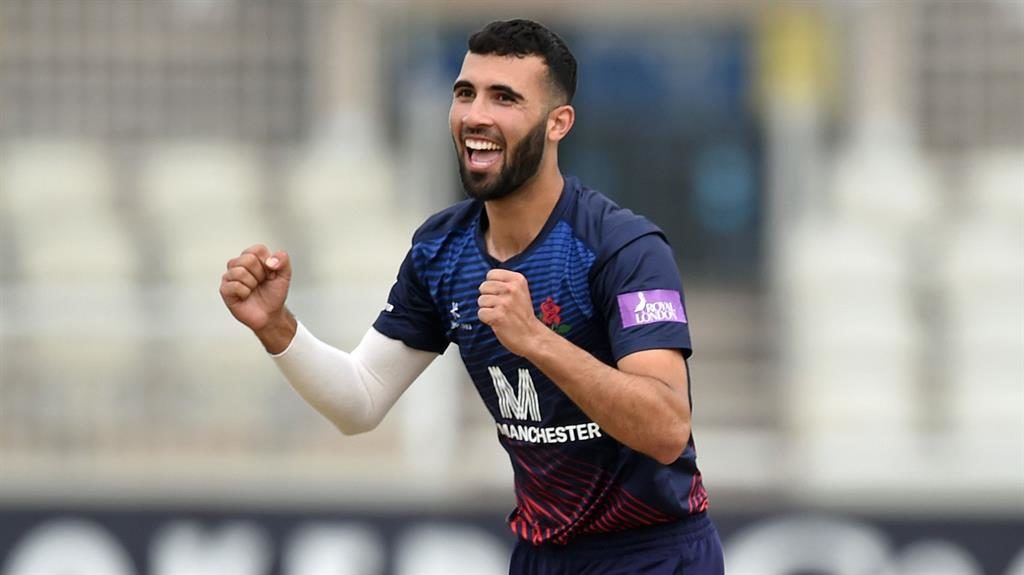 Former England captain Michael Atherton has praised fast-bowled Saqib Mahmood and indicated that the young right-arm pacer could be a potential replacement for the veteran fast-bowler Stuart Broad. Mahmood has been impressive in the current series against Pakistan, where he has picked up six wickets in two matches.

The 24-year-old pacer has been among one of the young prospects who has been groomed by the England and Wales Cricket Board (ECB) and has been given opportunities at the international level at times. However, his performances against Pakistan in the ODI series should give a lot of confidence to the selectors.

Atherton noted that the young Lancashire pacer can be a huge prospect going forward in playing the Test series against India and also the Ashes in Australia later this year.

“He looks like a bowler who can challenge across formats, thinking ahead to the India and Australia Test matches coming up,” Atherton said of Mahmood and was quoted by Sky Sports.

Saqib Mahmood offers accuracy, seam movement, and a bit of skill with the old ball: Atherton

In the first ODI, Mahmood’s opening spell jolted Pakistan’s batting which was eventually dismissed for 141. The pacer ended with figures of 4 for 42. In the second ODI, Mahmood bowled another impressive spell ending with 2 for 21 in eight overs, which helped England seal the series 2-0. The third and final ODI will be played on Tuesday, 13 July.

Atherton said Mahmood has the ability to step into Broad’s shoes once he is done in the longest format. “I’m not wishing Broad away at all, he’s one of England’s all-time greats, but Mahmood looks like the type of bowler who could step into Broad’s shoes. He offers accuracy, seam movement, and a bit of skill with the old ball when it reverses. He is improving, for sure,” Atherton concluded.