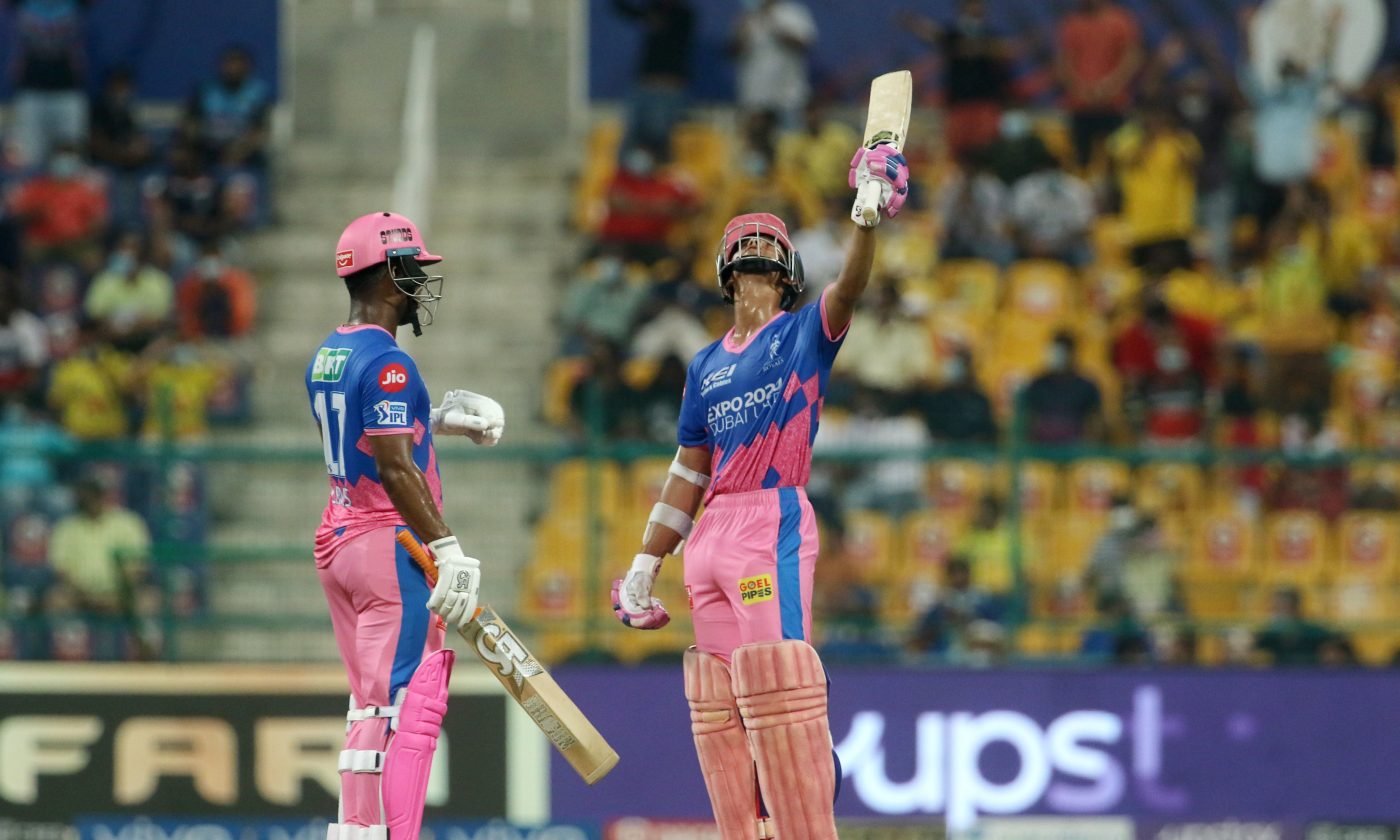 Former India wicketkeeper Saba Karim has termed Rajasthan Royals’ seven-wicket win over the Chennai Super Kings as the upset of the Indian Premier League 2021. The Royals made short work of a 190-run chase against the Super Kings in Abu Dhabi on October 2 to keep their playoff qualification hopes alive.

Notably, MS Dhoni’s CSK entered the contest with a four-match winning streak, although it came to a halt courtesy of some sensationally aggressive batting from Yashasvi Jaiswal, who smashed a 19-ball 50 and Shivam Dube, who got a 42-ball 64 not out to trump Ruturaj Gaikwad’s maiden IPL century (unbeaten 101 off 60).

“This is clearly the upset of IPL this season. They have roared back into contention now. Some great stuff from the openers. In 5.2 overs Rajasthan Royals had put up 75 runs on the board. It was unbelievable,” Karim told Cricket.com on Man vs Machine.

“They were up against a strong bowling attack – they had Josh Hazlewood, Sam Curran, Ravindra Jadeja. To score these runs in such a blistering manner is very difficult to understand. This goes to show that all the teams have the surprise element up against their sleeves. It depends when they want to play their best game. Today was such a day for RR. Look at Shivam Dube. He played his first game today, he was sitting out. He carried on the momentum from the openers,” he added.

RR will fancy themselves and look to get back into the tournament: Saba Karim

Karim further said that the Royals have set the template, which other teams can follow to defeat CSK. “RR will fancy themselves and look to get back into the tournament. They need to win the last two games. They will also be dependent on the results of some other matches. Having said that, this is also a great cue for some other teams, who have faltered against CSK. This is the kind of success mantra the other teams would like to follow against CSK,” Karim said.

“I can understand this is a great batting track but it just gives a different kind of insight as to how to make inroads into this strong CSK line-up. RR have not just done themselves a favour, but also a big favour to the other teams who have to play the matches against CSK,” Karim added.

Sometimes my passion for DC gets the better of me: Ricky Ponting