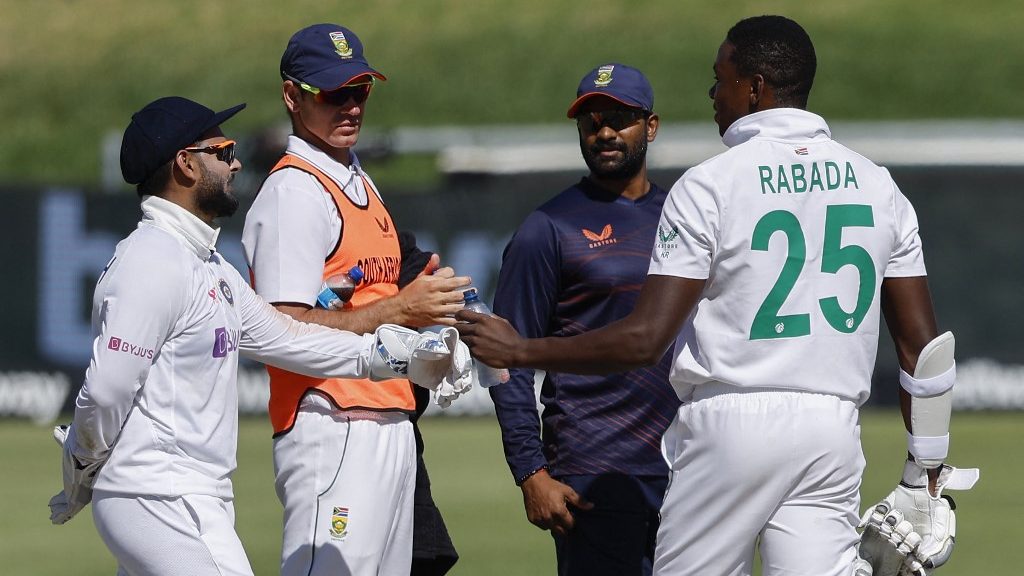 India’s dream of winning a maiden Test series in South Africa got shattered as the hosts won the third and final Test in Cape Town by seven wickets to bag the series 2-1. After losing the opening Test in Centurion, Dean Elgar and his men made a terrific comeback in the Johannesburg Test as the Proteas chased down a target of 240 with the help of their skipper himself who scored a brilliant 96*. Pacers Kagiso Rabada and young Marco Jansen along with batter Keegan Petersen were on song in the Cape Town Test to deny India their first-ever series win in the rainbow nation.

Meanwhile, here are some of the important stats and numbers from South Africa vs India, 3 match Test series:

100 – Virat Kohli reached 100 catches landmark in the longest format of the game.

8 – India has participated in eight Test series with South Africa in South Africa and failed to win a single one.

20 – Speedster Kagiso Rabada equalled Allan Donald and is now joint-second with him for most wickets in a series against India in South Africa. Donald took 20 scalps twice in the 1992/93 and 1996/97 series. Dale Steyn is on top who snared 21 wickets in the 2010/11 series.

4 – Markram got dismissed by Mohammed Shami for four out of six times in the series.

3 – Pant has now three Test hundreds outside Asia. Other Indian wicketkeepers Vijay Manjrekar, Ajay Ratra, and Wriddhiman Saha all had one century each.

4 – Fourth instance of India losing the Test series after winning the first Test. The other three instances were against England in 1984/85, against the Proteas in 2006/07, and against England again in 2012.

14 – Mayank Agarwal has now scored just one fifty in his last 14 away Test innings.

7 – With seven five-wicket hauls, Jasprit Bumrah is now joint-top with Kapil Dev and Irfan Pathan for as many hauls by Indian pacer after 27 Tests.

79 – Kohli recorded his highest score (79) since his last international century in 2019.

1032 – Kohli became the first Asian captain to register 1000 runs across formats in South Africa. Sourav Ganguly with 911 runs is the second name on the list.