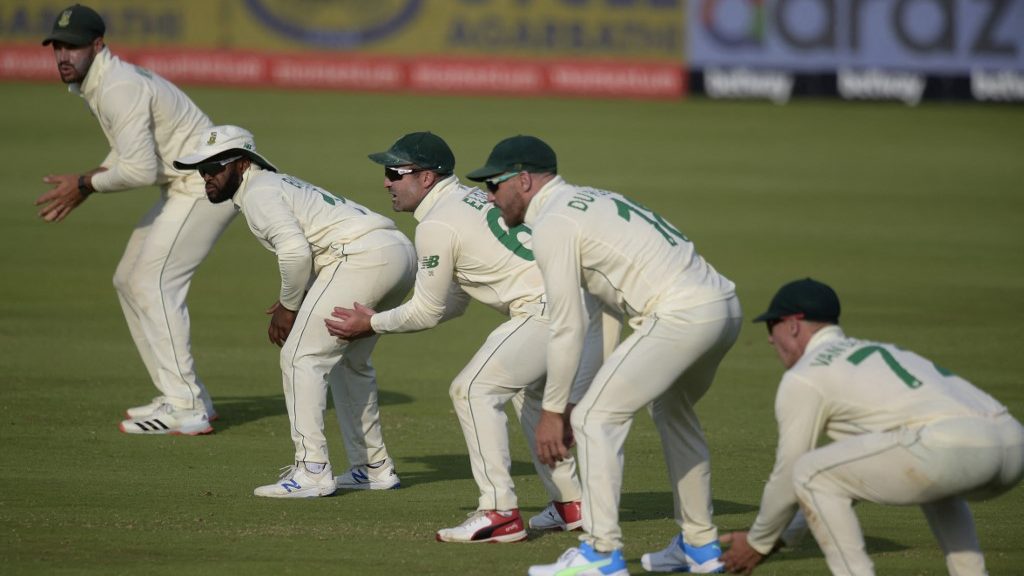 Cricket South Africa have announced their 21-man squad for the upcoming three-match Test series against India at home, starting from December 26. Duanne Olivier, who last played a Test for South Africa in 2019, has been called back after a change in CSA’s Kolpak system. Hence, the pacer would be raring to make a mark in national colours. He’ll join forces with the likes of Kagiso Rabada and Anrich Nortje, who were rested for the preceding ODI series against Netherlands.

Veteran wicketkeeper-batter Quinton de Kock has also been called back for the all-important series. Opener Dean Elgar will lead the side while Temba Bavuma will serve as his deputy. Aiden Markram, Keshav Maharaj and Rassie van der Dussen are some other prominent players in the squad and expectations are high from the veterans.

Meanwhile, Glenton Stuurman and Prenelan Subrayen also got the nod from the national selectors while Ryan Rickelton and Sisanda Magala earned maiden Test call-ups. Notably, South Africa’s last Test assignment saw them thrashing West Indies 2-0 back in June. Dean Elgar’s men are expected to put up a similar show against India as well.

We are confident in the team that we have selected: CSA’s Convenor of Selectors

“We are really looking forward to the return of Dean Elgar and his men, it’s been a long few months since the last time we saw them dominate in the West Indies. We are confident in the team that we have selected and believe fully in backing the talent that we have unearthed and cultivated over the last couple of seasons and giving players the backing that they deserve when they have continuously done well over a significant period of time,” Victor Mpitsang, the Convenor of Selectors, said in a statement.

“This Test series is also important in terms of getting some points in the Test Championship table and we are confident that this group will pick up from where they left off and give us a good show on home soil,” said Victor Mpitsang further.