Ruturaj Gaikwad credits MS Dhoni for showing confidence in him 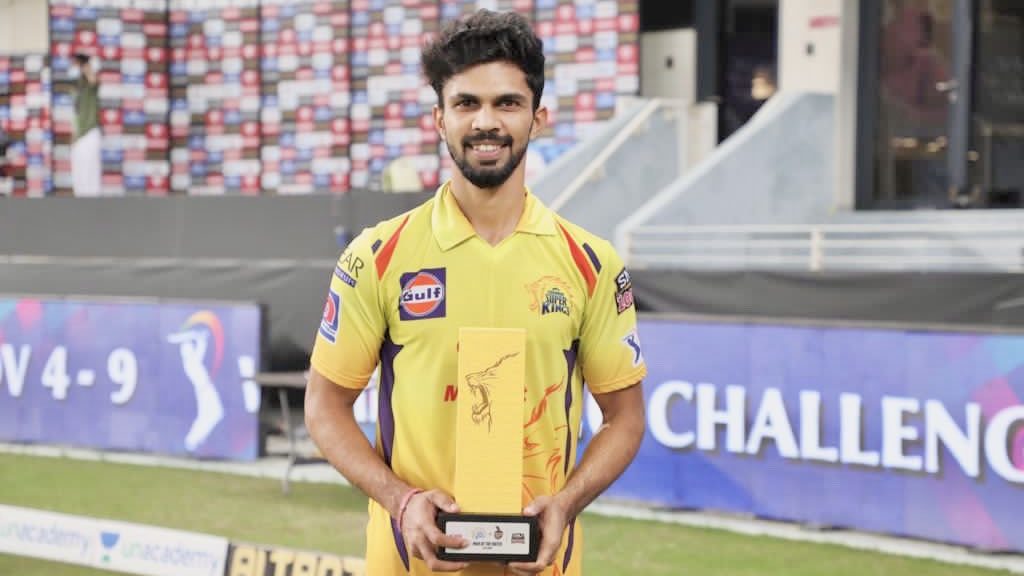 Ruturaj Gaikwad has risen in stature in Indian domestic cricket in recent times. The Maharashtra batsman has been a solid performer in domestic cricket for a couple of years and has also performed quite well with the bat for the India A side. In the IPL 2020 and 2021, he also impressed with the bat by putting good performances for his IPL franchise, Chennai Super Kings.

With all these performances, Gaikwad has even received a call-up for the Indian limited-overs series in Sri Lanka and could make his international debut on the tour as well. In a recent interaction, he shared his experience with MS Dhoni and how the former Indian skipper helped to stay confident during his tough team.

Gaikwad talked about the time when he was struggling to get scores in the IPL and still was backed by his CSK skipper, Dhoni. “Mahi Bhai always helped me. I was not getting a run at the beginning of this time in the IPL. I still did not lose confidence and regularly opened. The confidence that Mahi Bhai has placed in me has helped me,” Gaikwad said during an interaction with Anand Bazaar Patrika.

Gaikwad recalls how Dhoni taught him to battle in tough situations

In the beginning of the IPL 2021, Gaikwad started his campaign with a string of low scores. However, Dhoni and the team management didn’t drop him and Gaikwad turned around his fortunes in the tournament. When the tournament halted due to the coronavirus, he had scored 196 runs at an average of 28.00 and a strike rate of 128.94.

Gaikwad further explained how Dhoni thought about batting. He revealed how the CSK skipper made him understand batting and battling tough situations. Gaikwad has previously talked about the guidance that he has got from the former Indian skipper. Dhoni and Gaikwad will once again reunite when the IPL 2021 resumes in September.

“Mahi Bhai always used to say not to play without seeing the name of the opponent. Success is achieved by batting according to the quality of the ball. Opponents will try to warm their heads in many ways. Mahi Bhai advised not to fall into that trap. The advice he gave during his visit to Sri Lanka will help a lot,” Ruturaj Gaikwad concluded.