RSWS 2021: Sachin Tendulkar lights up the tournament with consecutive fifties 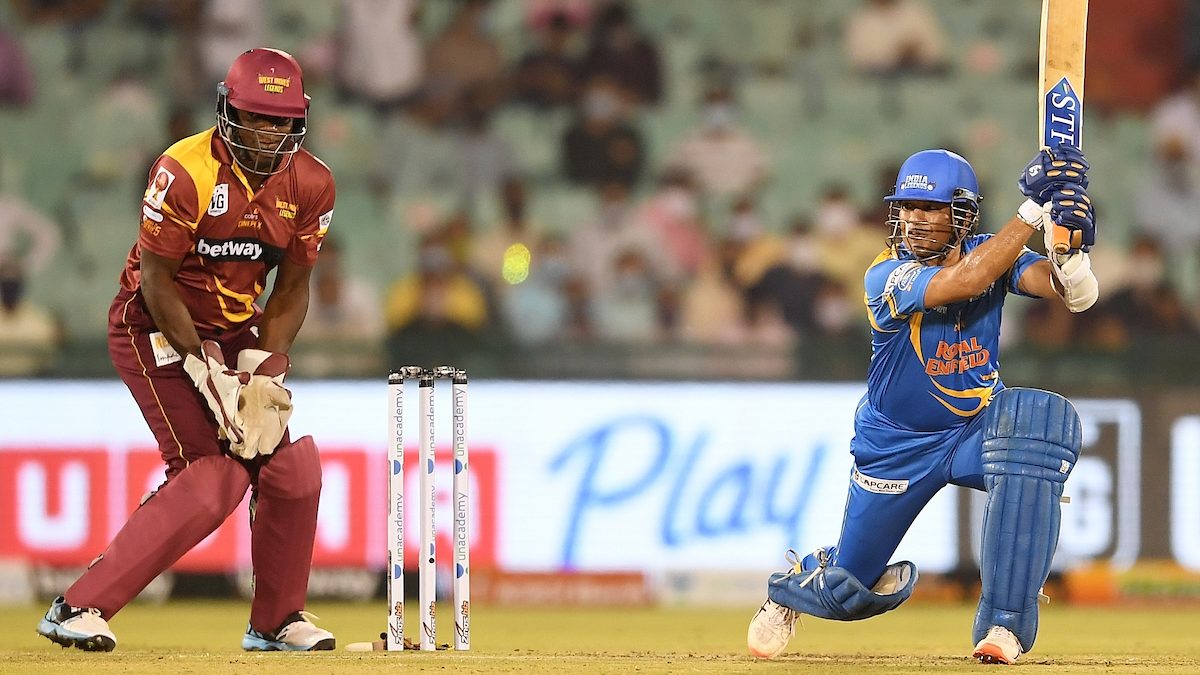 The ongoing Road Safety World Series is attracting Indian cricket fans from all around the nation and for all the right reasons. The ‘legends’ are back in action and they are proving their title correct. The biggest name in the draw, Sachin Tendulkar, has lived up to the expectations and has put up an exhibition of his wizardly batting.

In the first semi-final against West Indies Legends being played at the Shaheed Veer Narayan Singh International Stadium, Raipur, Tendulkar treated the crowd with sumptuous strokes. His dashing opening partner, Virender Sehwag gave a fiery start but perished for 35 runs from 17 balls. After Sehwag’s exit, Tendulkar took the mantle of punishing the West Indian bowlers. He drove Mahendra Nagamootoo, pulled and hooked Tino Best, swept Dwayne Smith, cut Ryan Austin on his way to an enterprising knock. His aggressive batting was complemented by the jubilant crowd which soaked itself in the batting brilliance.

Tendulkar eventually brought up his fifty in just 36 balls. In his previous innings which was played against South Africa Legends, the Master Blaster had smashed 60 off just 37 balls. India Legends went on to clinch that encounter by 56 runs. Continuing the same run of flow, Tendulkar finished with an innings of 65 from just 42 balls against West Indies Legends. The innings consisted of six boundaries and three sixes. The knock allowed India Legends’ middle order to attack from the onset and then carried the team score to 218/3.

A wonderful knock by @sachin_rt had everyone on their feet.

India Legends reached the semi-final of the tournament by winning five of their six encounters. The tournament which began in March 2020 was suspended due to the coronavirus outbreak. India Legends had won all three matches till then. After resumption, England Legends came up trumps against the Indian side. West Indies claimed the semi-final spot after finishing at the fourth spot courtesy of three wins and three losses.

Racking up fifties: Batsmen with the most fifties in IPL history