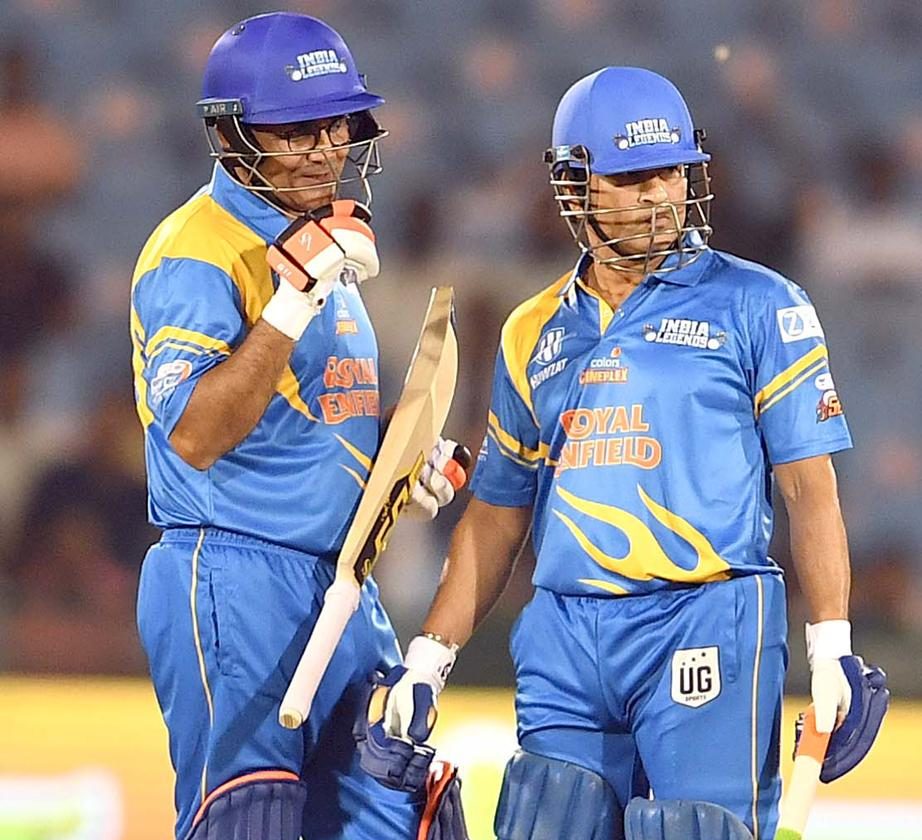 The Road Safety World Series finally resumed after a year with the encounter between India Legends and the Bangladesh Legends. The Indian side cruised to a ten-wicket win in what was a top-notch performance from the entire team. Bangladesh won the toss and opted to bat first. The toss was the only positive outcome for them in the entire match.

With a score of 59/0 at the end of 8 overs, Bangladesh seemed like they were set for 150-160. However, the outcome was something no one really expected. They side kept losing wickets from time to time and failed to build any partnership of note. Nazimuddin was the top scorer as he played a good 49-run knock. The fact that only two other batsmen managed to get to double-digit scores shows how badly the team collapsed. They were eventually all-out for 109 runs at the end of 19.4 overs.

Pragyan Ojha was the best bowler as he secured two wickets conceding only 12 runs in his four overs. Vinay Kumar and Yuvraj Singh too got two wickets to their name. While a chase of 110 was always going to be an easy one, the fact that fans would get to see Sachin Tendulkar and Virender Sehwag bat together was enough to keep the excitement going.

Sehwag started off with a bang as he scored 19 runs in the very first over. He started off the inning by hitting a first-ball four which took everyone down memory lane. His off-side play was top-notch and impressed one and all. Tendulkar, on the other hand, played exquisite drives whenever he had the strike.

Viru brought up his fifty of just 20 balls to remind the world about his aggressive batting. He finished with a score of 80 off just 35 balls to seal the game for the Indian side. His knock included ten fours and five sixes. This win made it three in three for the Indian side who are cruising at the top of the table.