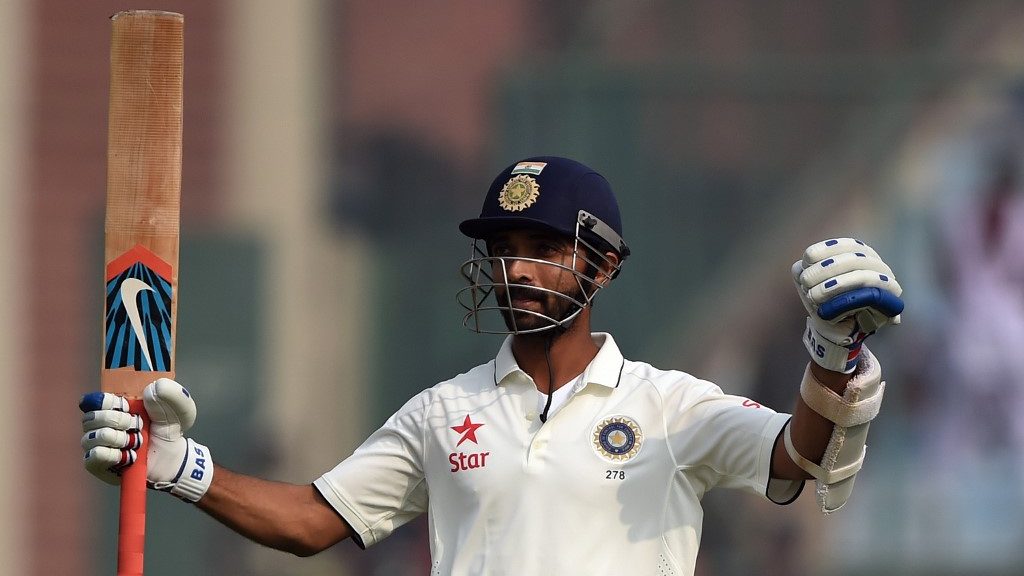 Ajinkya Rahane, India’s Test vice-captain and one of our most dependable batsmen, turns 32 today. Coming from a humble background, he has personified dedication and hard work while establishing himself in the Indian side. In his nine-year-long international career, he has provided India with 7,540 runs and 14 centuries along with 145 catches. Here is a look back at this elegant batsman’s journey. 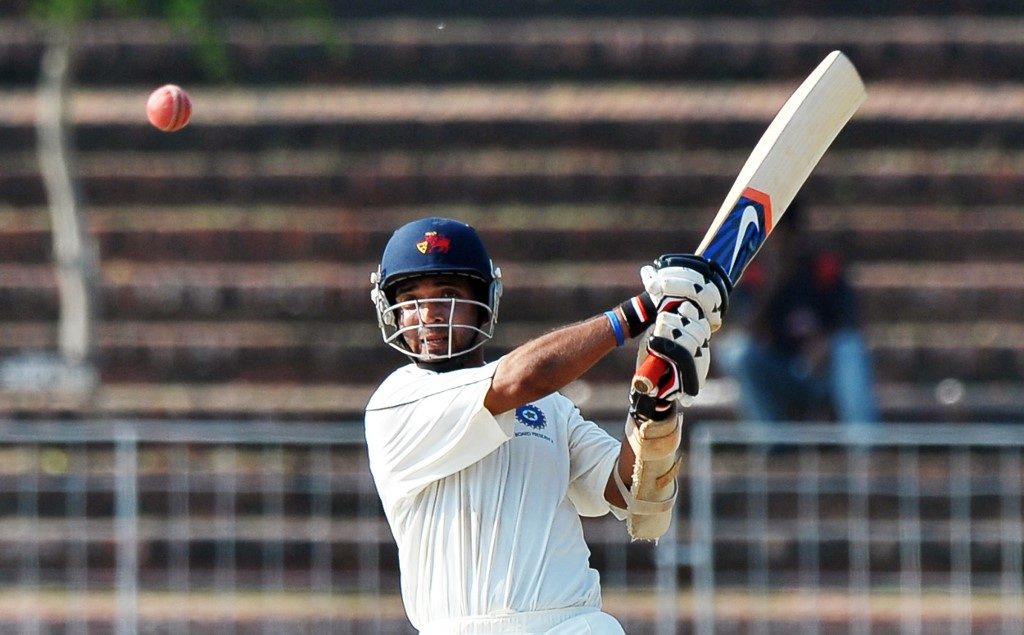 Representing India Under-19, Rahane delivered solid performances in New Zealand. This helped him in gaining a spot in the Mumbai team for all three formats. He made his first-class debut in Karachi, Pakistan and scored a brilliant 143 while opening the innings. His prolific run-making for Mumbai in domestic cricket brought him on the national radar. 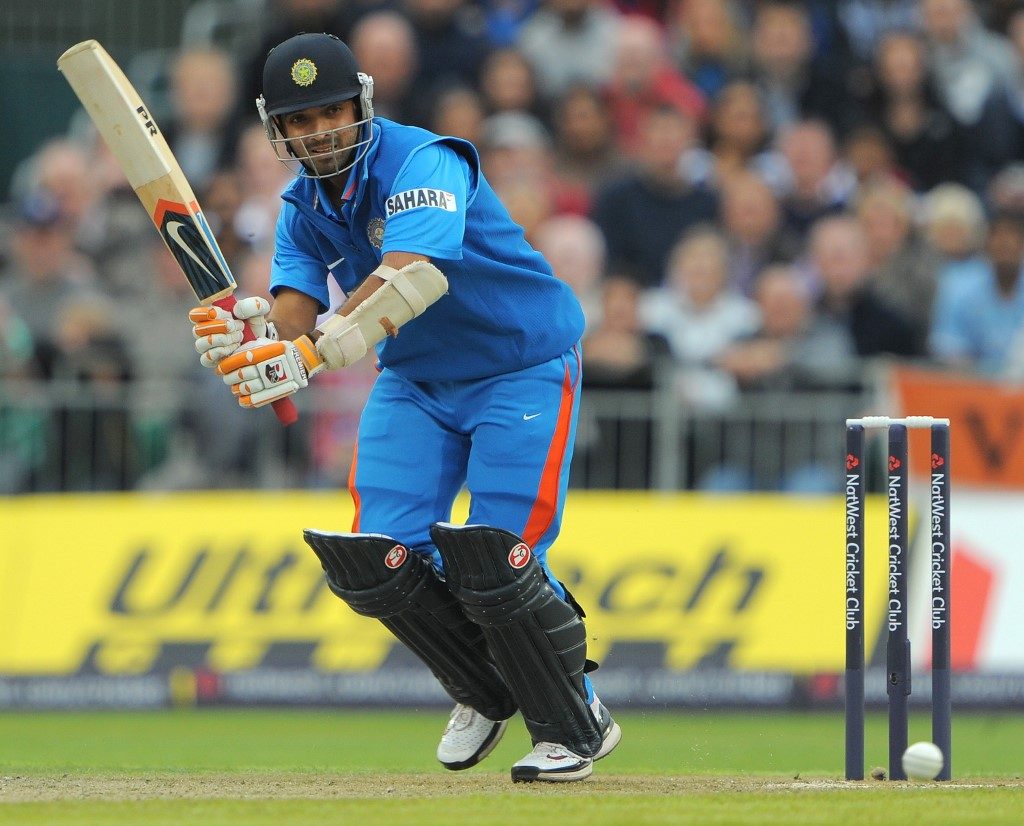 Rahane donned the Indian jersey for the first time on 31st August 2011 in Manchester. His debut T20I match proved to be Rahul Dravid’s last T20I appearance. Rahane top-scored for India with a smashing knock of 61 from 39 balls while opening the innings. This is still the highest individual score by an Indian T20I debutant. Two days later, he played his first ODI and scored a confident 40 against England in a no-result match. 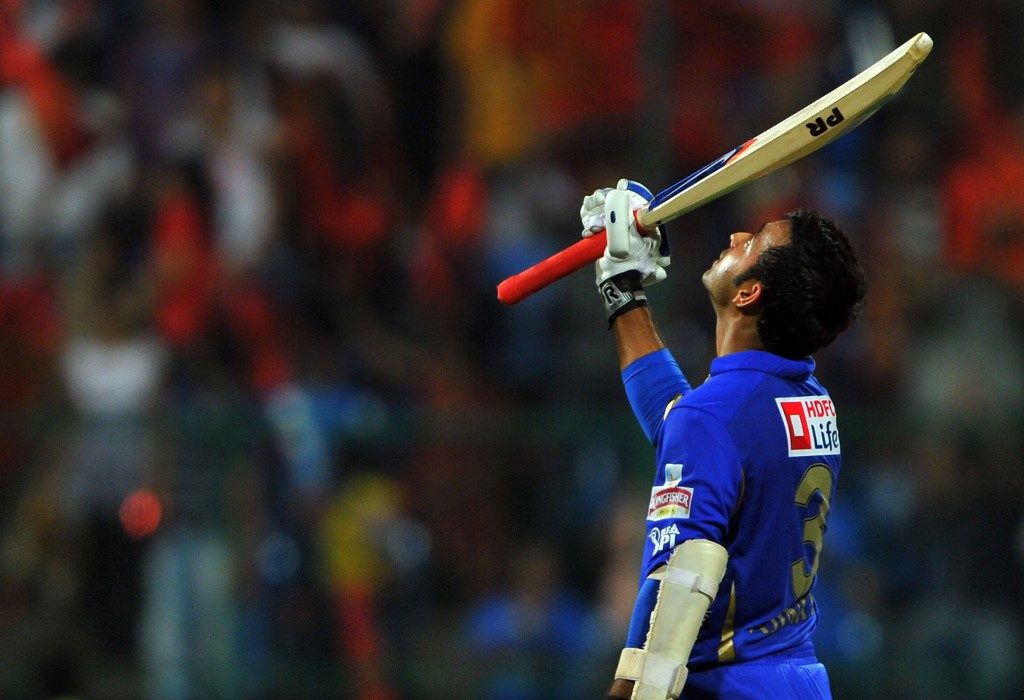 IPL 2012 with Rajasthan Royals proved to be a turning point in Rahane’s T20 career. Nurtured by Rahul Dravid, he was promoted to open the innings. Batting fearlessly, Rahane enjoyed his best IPL performance thus far. He finished with 560 runs which included a century and three fifties thus topping the run charts for Royals. 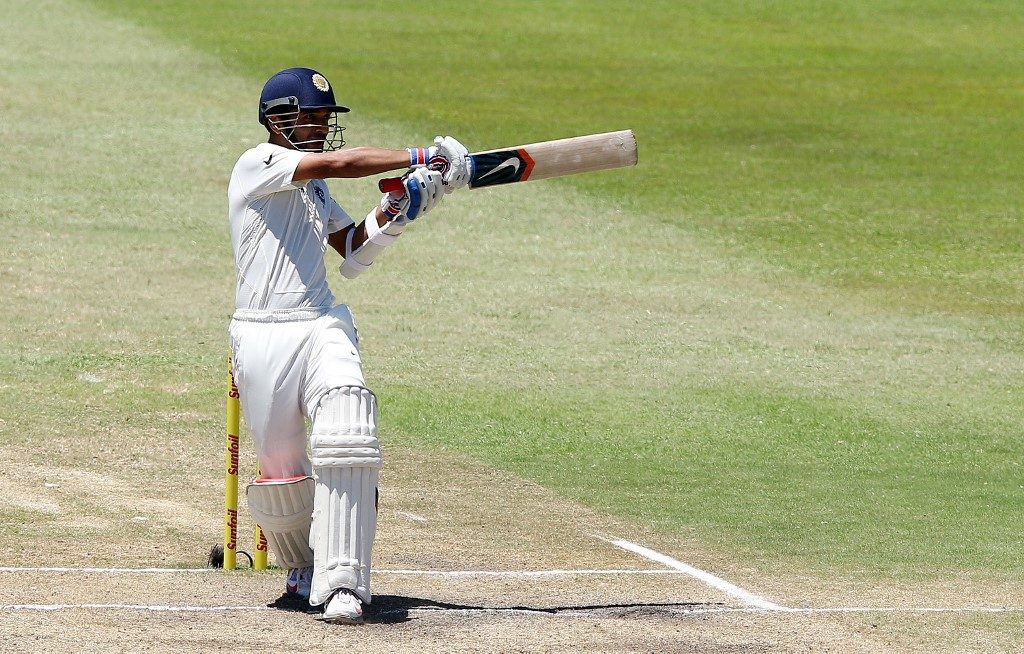 After a long wait, Rahane finally wore the Test cap against Australia in Delhi. Despite two low scores, the selectors showed confidence in him for the South African tour and he repaid them gloriously. His innings of 96 in Durban was praised for its bravery. 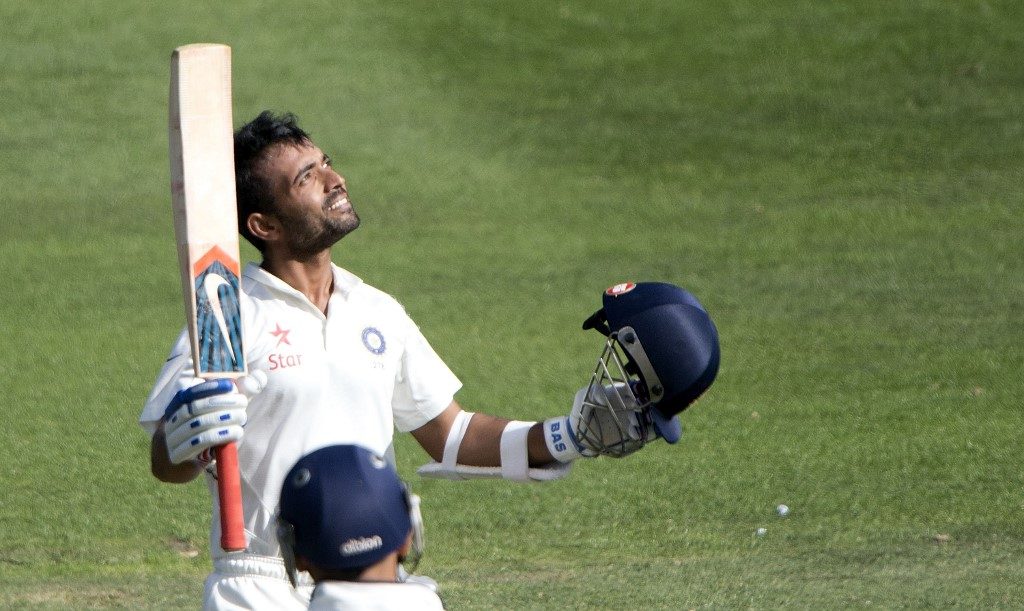 Not letting the team down in difficult situations, Rahane scored 118 against New Zealand in Wellington, which was his first century in international cricket. In the same year, he celebrated a Test hundred at Lord’s. Later that year, he conquered Melbourne with a scintillating knock of 147. 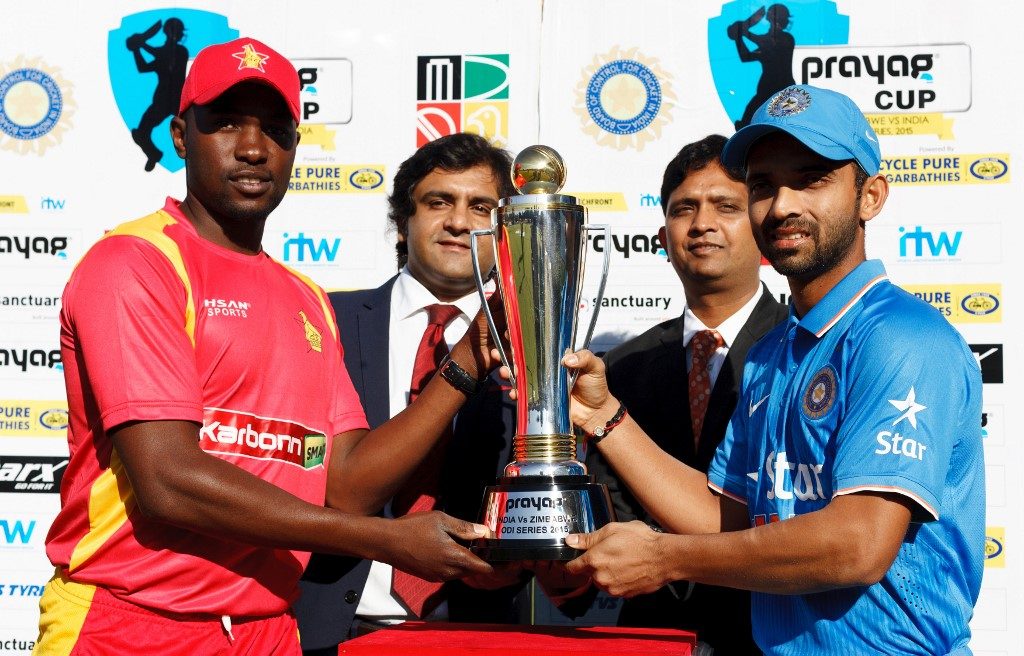 Owing to his calming influence and solid temperament, the selectors named Rahane as the captain for India’s limited-overs tour to Zimbabwe. In the same year, he became the 5th Indian batsman to score two centuries in a Test match. He achieved it against South Africa in Delhi. 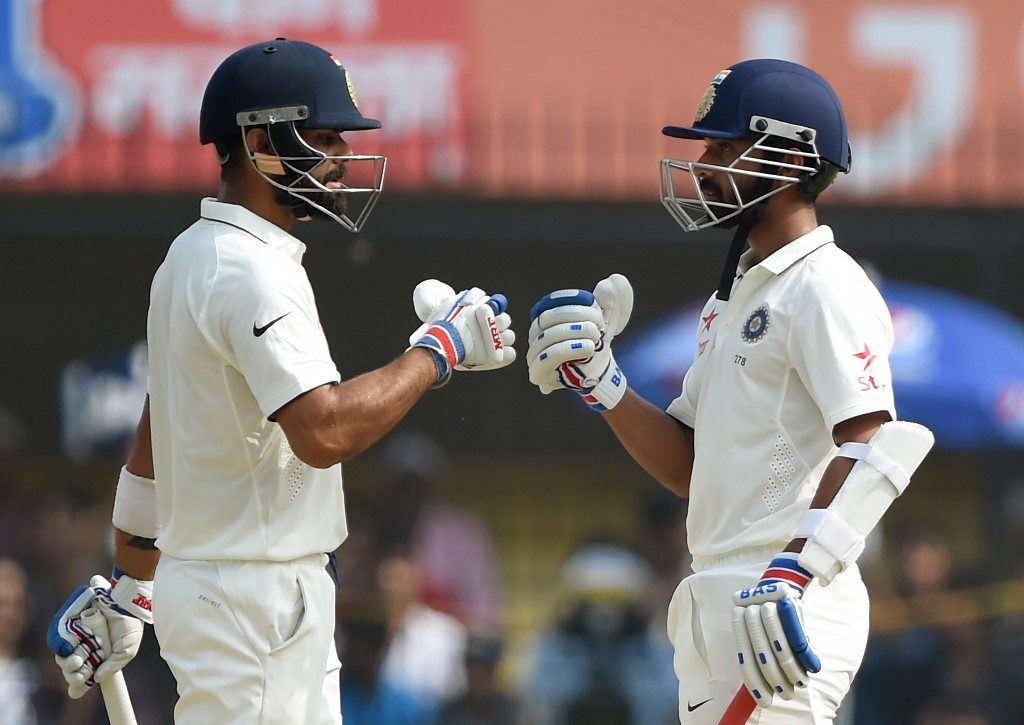 Batting first against New Zealand in the 3rd Test in Indore, India were in a spot of bother at 100/3. However, Virat Kohli and Rahane rose to the occasion by adding 365 runs for the 4th wicket. Rahane registered his career-best score of 188 in this Test. 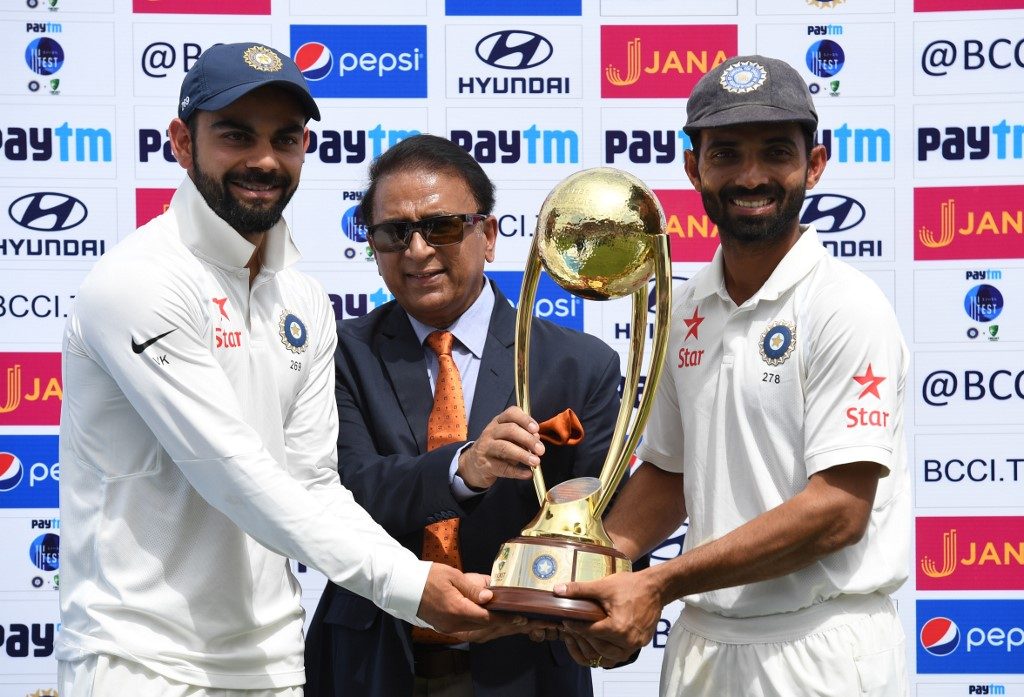 When injured Kohli was unable to play in the 4th Test against Australia in Dharamsala, Rahane stepped up. He started his captaincy career with an eight-wicket victory over the Kangaroos. 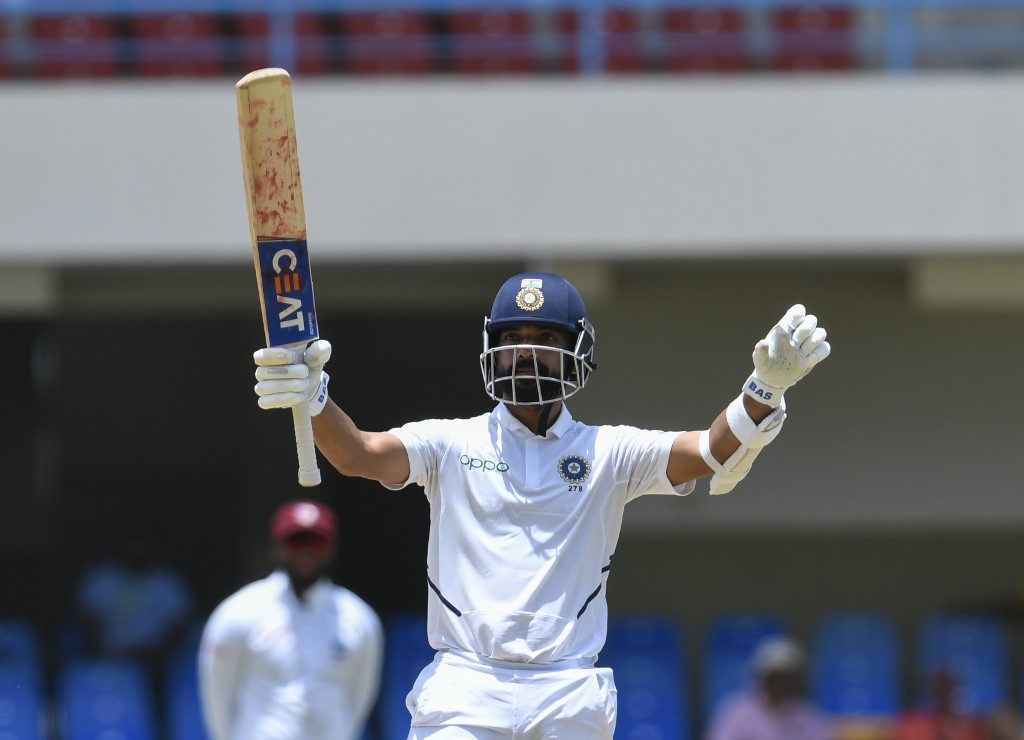 Rahane was under a lot of pressure before India’s tour to West Indies in August. He gained back confidence in style with his knocks of 81 and 102 in Antigua. His century in the Caribbean was India’s first in the World Test Championship. He later scored 115 against South Africa and 86 against Bangladesh in India’s maiden day-night Test.