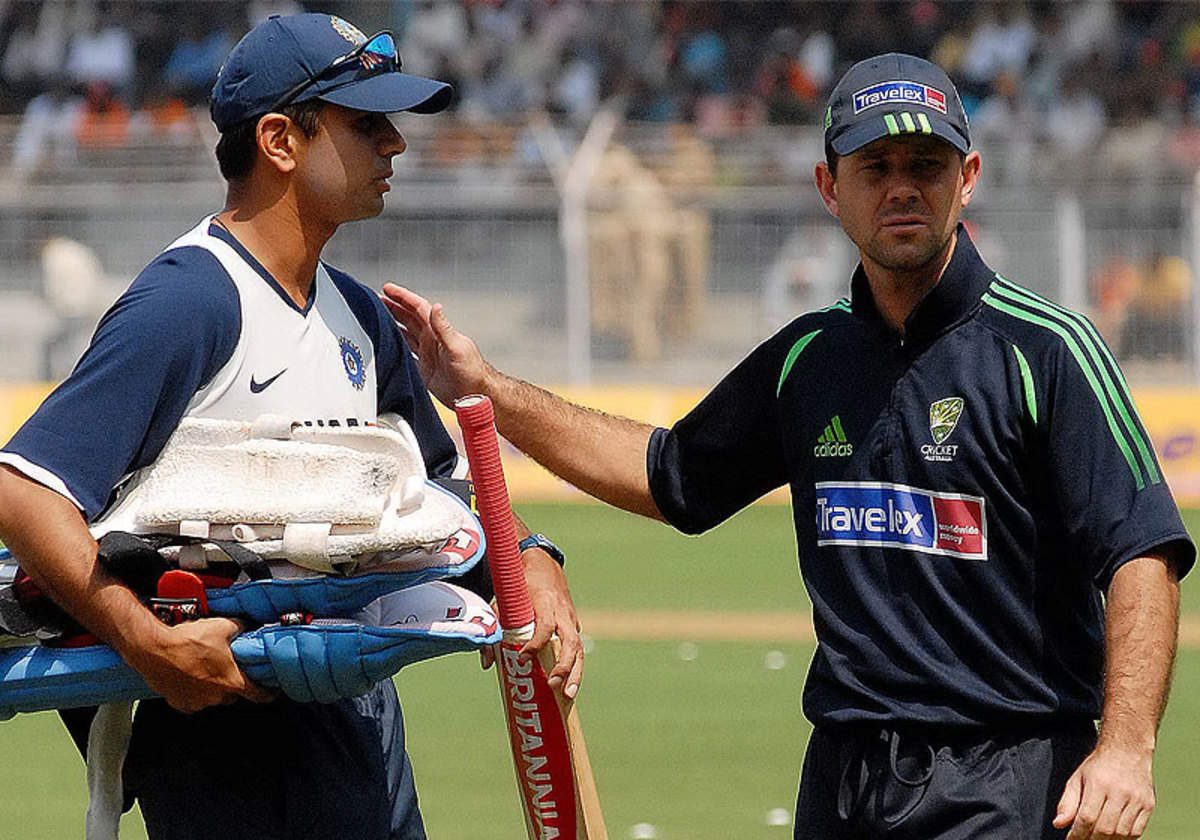 It’s the good memories, some bad and funny ones, which always bring a smile to any cricketer’s face. Sometimes, reminiscing old tales and stories is the best way to remember a certain player. Former Australia captain Ricky Ponting did the same as he recalled an old incident involving Rahul Dravid.

The incident took place in the 2005 ICC Super Series. Australia was dominating the cricket world by beating all the teams and hence the ICC had come up with a unique idea to conduct a series of matches between Australia and World XI. During that time, Dravid once batted in the nets wearing football shoes, which he later found to be a bad idea.

The former Australia captain narrated the hilarious incident in a chat with Cricket Australia. Ponting revealed that he told his teammates to wear football shoes instead of cricket spikes because the outfield was extremely wet and fielding would have been a hindrance. The players agreed, only to leave Ponting stunned when he saw Dravid was batting in the nets wearing football shoes.

“One funny story coming out of that Super Series… the outfield was quite wet and damp and I had basically instructed all the guys that weren’t bowling – the fielders and outfielders – that we have to go and get football boots to field because tried to change directions but our cricket spikes were ripped from the top and you’ll slip and fall over. I sort of felt that if we got footy boots, then it’ll probably be a real advantage for us in the field. So we tried in for the first couple of days, leading up to the first game,” Ponting said.

"We'll just use those for fielding, thanks Rahul." ?@RickyPonting remembers a funny story about India legend Rahul Dravid's footwear from the 2005 ICC Super Series. pic.twitter.com/dzb9gw88rL

Dravid is very particular with his meticulous planning regarding the minute details but he was left wondering as to why his foot was slipping away while batting. Later to his amusement, he found out it was because of the hard surface.

“A lot of guys that were a part of the team had caught on to the fact that we were getting around in our footy boots. I’ll never forget, on the day of the first game, we went down to the nets and Rahul Dravid was in the nets batting with footy (football) boots. And you can imagine what they are like on the turf. He was trying to put his foot down on the hard surface and his foot was just slipping out. He’d seen us and thought we might be batting in it as well. But, we just used those for fielding”

I am an elected person and cannot be removed by 4-5 people: Mohammad Azharuddin