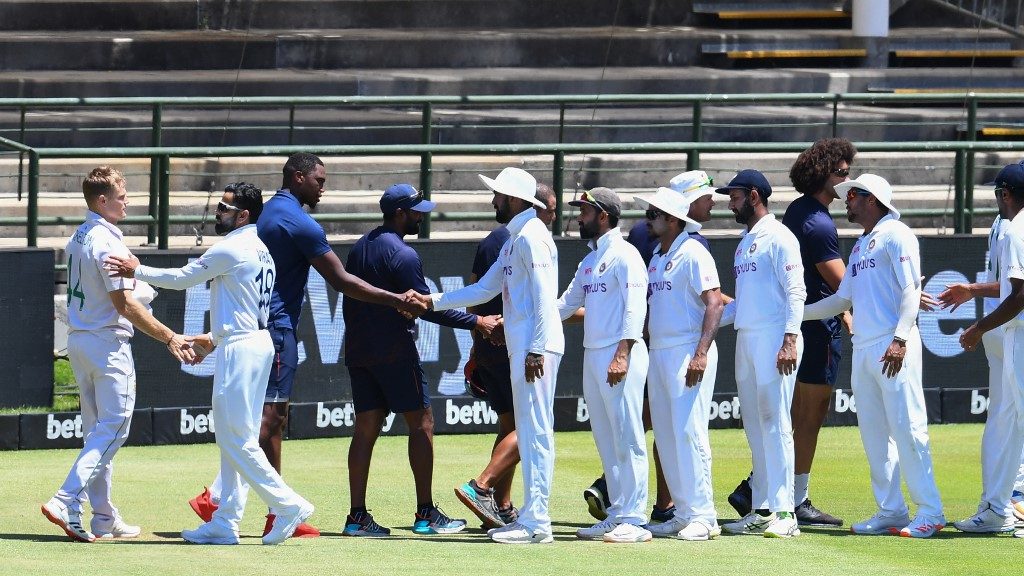 As per the latest developments, Team India players won’t face any formal charges for the DRS outburst in the recently-concluded third and final Test against South Africa. The controversial incident took place on the stroke of Day 3’s play. DRS saved South African captain Dean Elgar from getting dismissed and the same left Indian players in disbelief.

It was a full-length delivery from off-spinner Ravichandran Ashwin which smashed Elgar’s pads and stand-in umpire Marais Erasmus was convinced to raise his finger. In fact, Elgar didn’t look too sure while going upstairs. However, the Hawk-Eye, a ball-tracking technology, showed the ball would have gone over the stumps. This way Elgar received a lifeline while Indian players vented their anger near the stump microphone.

In fact, Ashwin even accused official broadcaster Ravichandran Ashwin for favouring the home team. “You have got to find better ways to win SuperSport,” the 35-year-old was heard saying. These actions of Indian players received a lot of criticism from fans and experts. However, ICC’s match officials haven’t taken any action against the team.

The major report was carried out by ESPNcricinfo. It was learned that the match officials had a word with the Indian team management regarding the code of conduct. Indian skipper Virat Kohli was also a part of the conversation. Fortunately for the visiting team, no charges were filed against any of their players.

Speaking of the saga in the post-match press conference, Kohli said he and his team knows what has happened. However, he refrained from commenting anything regarding the decision. He also said his team wasn’t carried away.

“We understood what happened on the field, and people on the outside don’t know exact details of what goes on in the field, so for me to try and justify what we did on the field and say we got carried away is wrong. If we had gotten charged up and picked up three wickets there, that would have probably been the moment that changed the game,” Kohli said.

Meanwhile, South Africa walked away with a seven-wicket win in the deciding Test, clinching the series 2-1. The two teams will now cross swords in a three-match ODI series, starting from January 19.