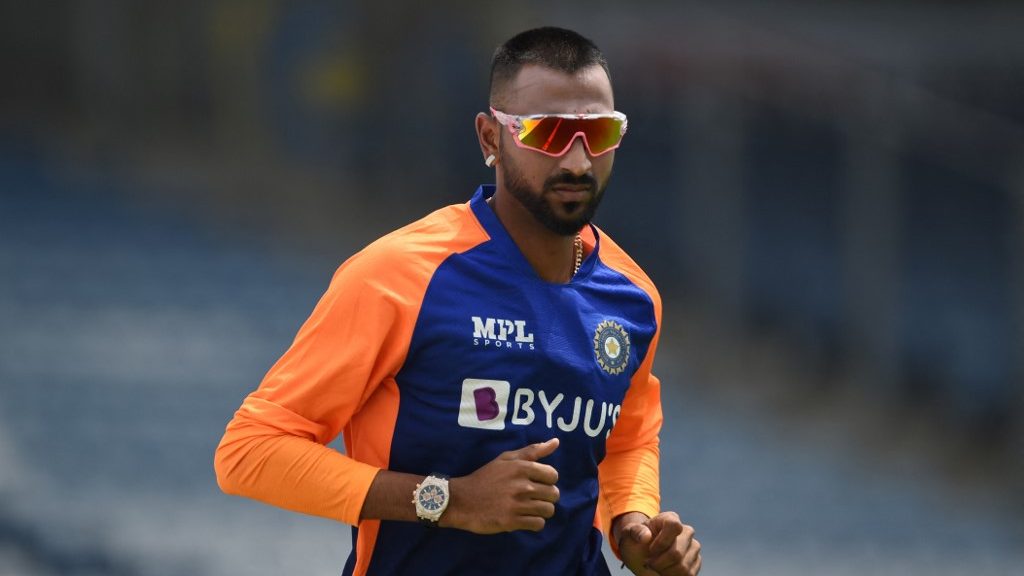 Team India was on a roll during the Sri Lanka tour last month till the COVID-19 virus dent their campaign. Having won the ODI series 2-1, the Men in Blue also won the first T20I comprehensively. However, all-rounder Krunal Pandya tested positive for coronavirus on the eve of the second T20I and got ruled out of the entire tour. Moreover, eight more Indian players were found close to southpaw and they also underwent isolation for safety measures.

Although the Sri Lanka tour is done and dusted now, it has emerged that BCCI’s medical officer on tour didn’t handle Krunal’s case in the right way. As per reports, Krunal, after sensing symptoms like throat pain, had immediately red-flagged the team’s doctor Abhijit Salvi on July 26. However, the all-rounder didn’t undergo a Rapid Antigen Test (RAT) right away nor he was asked to isolate himself.

The team doctor allowed Krunal to even attend a team meeting despite the throat pain and only on July 27 morning, his RT-PCR Test was done. As we know, the reports returned positive and the second T20I got postponed.  Eight players, who were found close to Krunal, also underwent COVID-19 Tests. Initially, all of them tested negative. However, Krishnappa Gowtham and Yuzvendra Chahal returned with positive results later.

“Krunal had throat pain on July 26 and he followed the protocol informing the medical officer. It is strange that he should have been immediately isolated with a Rapid Antigen Test (self-test kit) done. But nothing of that sort happened,” Hindustan Times quoted a BCCI source as per saying.

“Although Rapid Antigen Test is not conclusive but it’s the first part of protocol. But I can confirm, Krunal despite throat pain attended team meeting. In fact, another question that’s being raised is how come BCCI’s medical team in Sri Lanka agreed to testing every fifth day whereas in IPL, testing is done every third day,” the source added.

Meanwhile, India were left with a further depleted squad for the remaining two games. Sri Lanka made optimum utilization of the opportunity and walked away with victories in the last two T20Is. Subsequently, they clinched the series 2-1.