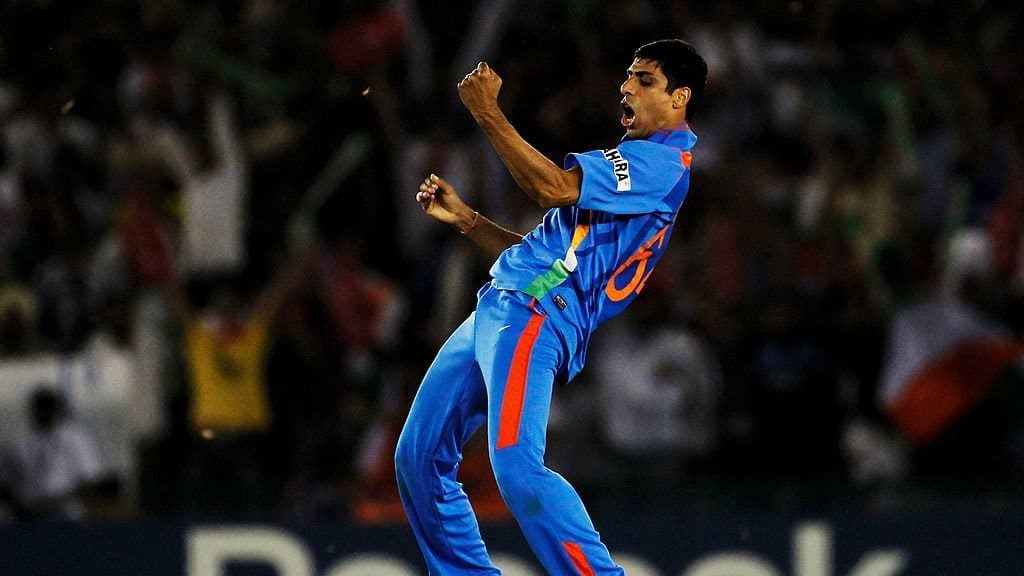 The race to qualification for Super Sixes was heating up in the 2003 World Cup, South Africa. In Group A, Australia were outright favourites with India, England, Zimbabwe and Pakistan competing for the remaining two places. In such circumstances, India and England faced off each other at Kingsmead, Durban.

Batting first, India were off to a breezy start as Sachin Tendulkar attacked the opposition. England fought back by taking regular wickets. Rahul Dravid and Yuvraj Singh played substantial knocks to take the side to 250/9 in 50 overs.

On the seventh ball of England’s chase, Mohammad Kaif effected a spectacular run out to send back Nick Knight. By the time, Ashish Nehra stepped up to bowl his first over, England were already under pressure at 28/2 after 12 overs. In his third over, Nehra dismissed Nassir Hussain and Alec Stewart on consecutive deliveries. But this was just the beginning.

Happy birthday Ashish Nehra! There couldn’t be a better time to watch his famous 6/23 against England in 2003 – India’s best bowling figures at the @cricketworldcup! ? pic.twitter.com/n5ajnw2UWx

Nehra went on to bowl all his 10 overs unchanged from one end. Finishing with the stupendous figures of 6/23, the Delhi bowler had reduced England to 108/8. There was no hope left for England and they soon succumbed to an 82-run defeat. They later exited from the group stage while India reached the final of the World Cup with their victory march. Nehra’s analysis remains the best bowling analysis for an Indian bowler in the World Cups.