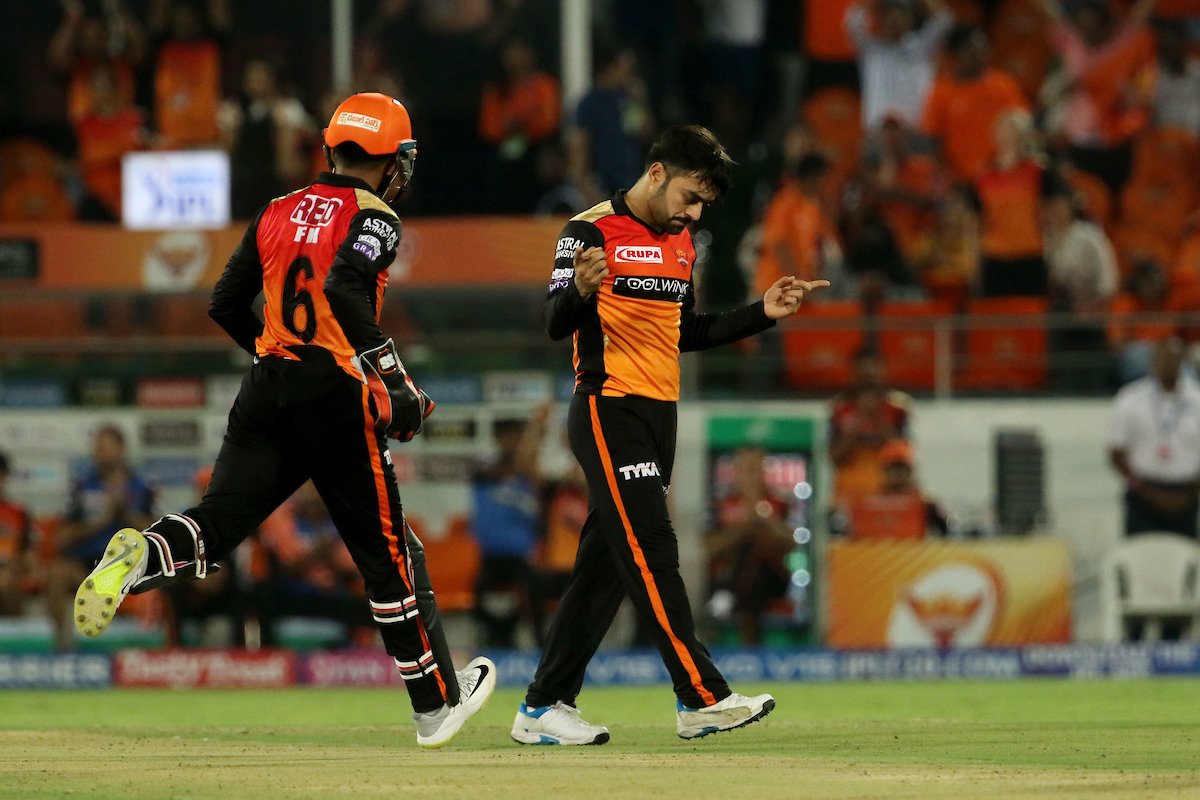 In just a short span of time, Afghanistan leg-spinner Rashid Khan has gone onto bamboozle top teams with crafty and fast leg-spin. His unparalleled success in the Afghanistan team has also made him one of the most popular cricketers in the franchise T20 leagues across the globe. Such is his wicket-taking ability that be it in Indian Premier League (IPL), Big Bash League (BBL), and the Caribbean Premier League (CPL), Rashid has so far been effective on all conditions and possesses a threat to the opposition team.

He will next be seen in action for Sunrisers Hyderabad (SRH) in the IPL. Although the franchise didn’t have the best of starts in the first half of the IPL, yet Rashid was brilliant with the ball, picking up 10 wickets so far in seven games. Muthiah Muralitharan, who has been with the SRH as a mentor spoke about what makes star Afghanistan’s leg-spinner such a difficult customer in the T20 format.

“See, he is very much suited for the shorter formats. He won’t be suited for Test cricket because people try to sit on him, then he won’t get wickets and he can go for runs. Also, he will need a bit of help from the wickets because he bowls so quickly that when he is turning the leg-spin it does not turn much. But his googly is lethal because if you don’t pick his googly you will be stumped by him,” Murali said to ESPN Cricinfo.

The former Lankan off-spinner further opined that Rashid Khan is not like him and Ravi Ashwin and he won’t ball the same line and lengths in the same over or during his other spells. “He is not a bowler who is going to bowl like me and Ashwin or anyone with regards to line and length for a period of time, or six balls at the right spot because Rashid does not give you much time to play. If you bowl short also, you can’t punish him. You can manage him but in shorter formats, you need to punish the bowlers then only you will get runs. So he does his work very well and I as a mentor there know about spin bowling. I give him confidence rather than trying to change anything about him. I have maybe told him few times to improve line and lengths, then do a little bit of spot bowling. That might improve your memory and make you better. But it won’t be a hundred percent accurate you can improve now for 60 to 70 percent and later 10 percent more.”

Rashid Khan is a hard bowler to pick: Muthiah Muralitharan

Murali further opined that Rashid is a hard bowler to pick due to the batters failing to read him from the pitch. “Rashid is a hard bowler to pick for batters. That’s why even if you see, most of the Indian players sometimes pick, they still can’t play freely. Also, foreign players don’t pick him. So if you are not picking or seeing him from the pitch, then it’s too late to react. That’s why he is so special and he and Sunil Narine are the best T20 bowlers in the world,” Murali added.