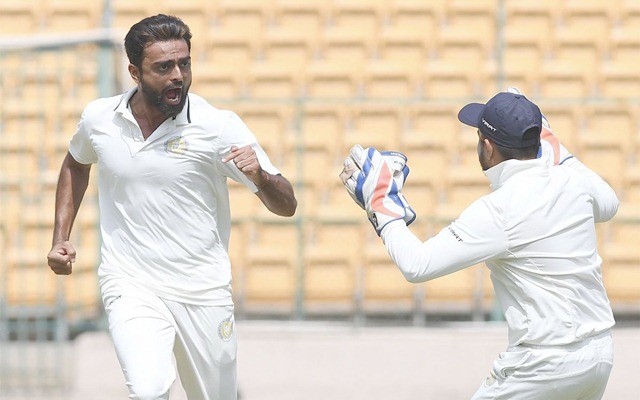 Jaydev Unadkat powered his side to another Ranji Trophy final with a crushing seven-wicket haul against Gujarat at Saurashtra Cricket Association Stadium, Rajkot. At the stroke of tea on the fifth day, Gujarat were in a dominating position with Parthiv Patel and Chirag Gandhi braving an unbeaten stand. However, Unadkat and Dharmendrasinh Jadeja snared five quick wickets to secure a 92-run victory.

Saurashtra hold their nerve in a thriller against Gujarat and reach the @paytm #RanjiTrophy 2019-20 final.?

Earlier, Sheldon Jackson’s 103 had helped Saurashtra post 304 runs in their first innings. In reply, Gujarat faltered to 97/6. It was Rujul Bhatt’s 71 and Chintan Gaja’s 61 that saved Gujarat from conceding a significant lead. The advantage of 52-run lead vapourised quickly as Gaja now wreaked havoc with the ball. At 15/5, they needed a hero to save them from an embarrassing defeat. Arpit Vasavada rose to the occasion and his 139-run knock threatened to take the Ranji Trophy final away from Gujarat.

Chasing a tall target of 327 runs, Priyank Panchal fell on the first ball he faced. Losing wickets quickly, Gujarat slipped to 18/3 which soon became 63/5. The hopes were still alive with captain Parthiv Patel at the crease. He found an able ally in Chirag Gandhi who did not yield to the pressure exerted by Saurashtra bowlers.

Patel and Gandhi consolidated the team’s position in the tall chase and soon started aiming for the runs required. Their difficulty lay in accumulating runs without losing any extra wickets. Post-tea, Gujarat found three boundaries in the first over itself thus reducing the target to 107 runs.

It was Saurashtra captain Unadkat who reignited his team’s quest and dismissed the major threat in their way – Parthiv Patel. Saurashtra’s claim became stronger as the seamer removed Axar Patel on the very next ball. Gandhi soon fell for 96 which took down remaining scant chances of Gujarat progressing. Unadkat secured the victory with his 7th wicket of the innings thus swelling his tournament wicket tally to 65, highest by any fast bowler. His match-winning spell of 7/56 confirmed Saurashtra’s second entry in the Ranji Trophy finals in as many years. 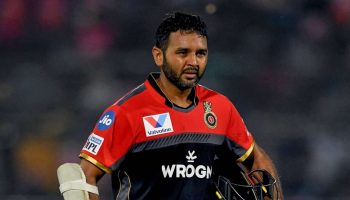 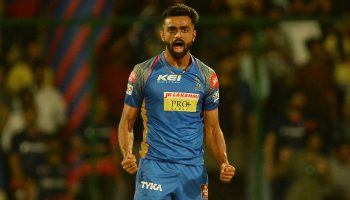