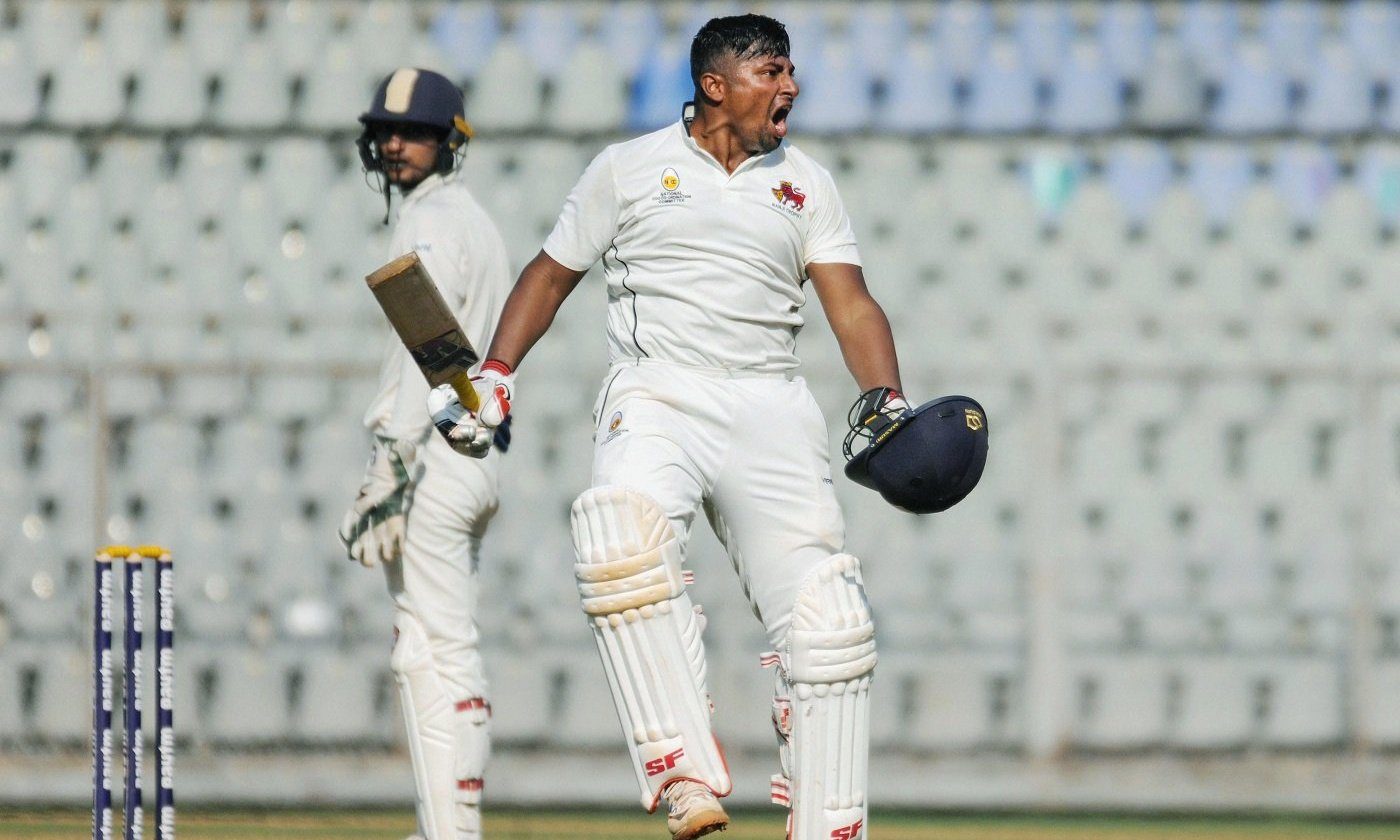 Bad weather and rain continued spoiling the tournament for a few as the seventh round of Ranji Trophy witnessed as many as seven draws. Goa, Andhra, Karnataka maintained their stronghold with victories whereas the defending champions Vidarbha slipped southwards with another loss. The wet outfield in Dharamsala also threw a spanner in Mumbai’s wheels as the non-result made the journey difficult for them. Here’s an overview of Ranji Trophy seventh round results.

Bad light and rain stopped both Bengal and Delhi of getting a meaningful result from their encounter at Eden Gardens, Kolkata. Here Bengal’s Anustup Majumdar got run out for 99.

Kerala succumbed to another loss as Andhra completed a seven-wicket triumph over them in Ongole. Andhra’s Shoaib Md Khan took 8 wickets in the match.

Defending champions Vidarbha suffered their second consecutive loss of the season and Gujarat took them down by four wickets in Surat.

In a low-scoring game where no team crossed 200, Rajasthan celebrated a nine-wicket win over Hyderabad. Chasing 193, opener Manender N Singh struck an unbeaten 107 for Rajasthan.

Andhra continued their stellar run with another victory while Vidarbha tumbled down the pecking order.

Captain Jaydev Unadkat snared 12 wickets against Baroda at Moti Bagh Stadium, Vadodara to take his team to a four-wicket win.

Uttar Pradesh fell behind Madhya Pradesh in the first innings but their bowling attack brought them back in the game. Chasing 175 to win, UP got there with seven wickets remaining.

Only 75 overs of play was possible in Mumbai-Himachal Pradesh encounter in Dharamsala. Sarfaraz Khan continued his imperial form with another double century. He was 226 not out by the end of day one but never faced another ball.

That is the number of runs Sarfaraz Khan has scored in his last two Ranji Trophy matches!#RanjiTrophy pic.twitter.com/iLt65NwXz7

Ronit More’s 6/32 in the third innings saw Railways collapsing to 79 all out. Karnataka chased down the target of 51 without losing a wicket to claim a bonus point as well.

Saurashtra and Karnataka find themselves firmly placed in the top five of Supergroup.

Chhattisgarh played just 90 overs in their innings before declaring for 270/4. Then they wrapped up Jammu and Kashmir for 168 to take the lead.

Haryana captain Harshal Patel secured the first-innings lead with his knock of 50. Chasing Uttarakhand’s 109, they were 58/7 but Patel ensured three points for the team.

As many as five Odisha batsmen celebrated fifties in the first innings to help the side claim an innings and three runs victory over Assam in Cuttack.

Twin fifties from Ankit Bawne saw Maharashtra taking all six points against Tripura with a five-wicket win in a low-scoring encounter. This was Maharashtra’s second consecutive victory.

Odisha take the top spot with 35 points with Jammu and Kashmir following closely at 33 points. Uttarakhand have only two points in their account.

Amidst low first-innings scores, Bihar did enough to take the lead with captain Ashutosh Aman’s dashing knock of 72.

Only 89 overs were possible in Chandigarh as the home side managed to take a lead against Puducherry. Vinay Kumar took a six-for thus completing his 500 first-class wickets.

Goa registered a mammoth innings and 336 runs victory over Arunachal Pradesh. After posting 589/2, where all four of their batsmen scored centuries, they skittled AP for just 83 and 170. 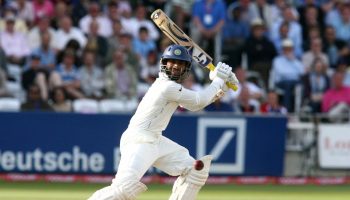 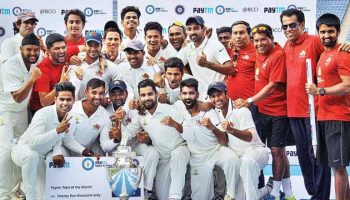 On this day: Haryana and Mumbai play out the most thrilling Ranji Trophy final