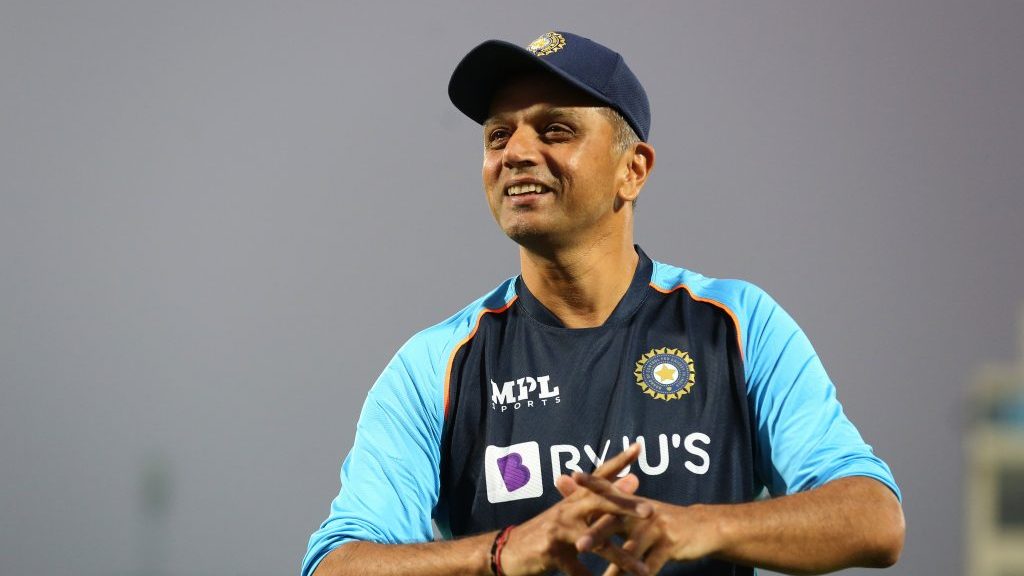 India’s head coach Rahul Dravid gave Green Park’s ground staff, led by Shiv Kumar, INR 35,000 for preparing a sporting pitch for the first Test against New Zealand. The tail-enders of the visitors displayed some great character in order to dominate the proceedings. They stayed firm on the pitch and denied India a win as the match resulted in a draw.

The match was an intriguing contest wherein the pitch arguably played a larger role. Dravid, who is often renowned for pulling in stunners, has yet again shown it to the world why he is different from all. By paying the sum to the groundsmen, he displayed a great gesture that will be adored by the cricketing fraternity.

During his career, Dravid was known for playing the game fair and was termed as one of the nicest players in cricket. His gesture now shows that nothing much has changed even today. The Uttar Pradesh Cricket Association made an announcement to inform about the same.

“We would like to make an official announcement. Mr. Rahul Dravid has paid Rs 35,000 personally to our groundsmen,” the Uttar Pradesh Cricket Association (UPCA) announced in the press box after the game.

As much as the match, the Kanpur pitch was also in discussions. It appeared as a sporting one wherein the batters could apply themselves and build on their innings. While the pacers received some good help in the initial part of the match, it had a lot to offer to the spinners as well.

Dravid’s token of appreciation to the groundsmen hints that the template going forward would be pretty much the same, and the surface would be a sporting one. The former India batter started his stint as India’s full-time head coach from the T20I series against the Kiwis. It was a positive start to his tenure wherein India whitewashed the visitors by dominating the T20I series 3-0.

Shreyas Iyer had earlier opened up on Dravid’s suggestion to him regarding his innings. He had said, “In the end, we have to win the match, and that would be the most important thing for me. Rahul sir said that I need to stay out in the middle for as much as possible and build on the score. The mindset was to play the session and play as many balls as possible. I wasn’t thinking too far ahead, was just focusing on the present.”