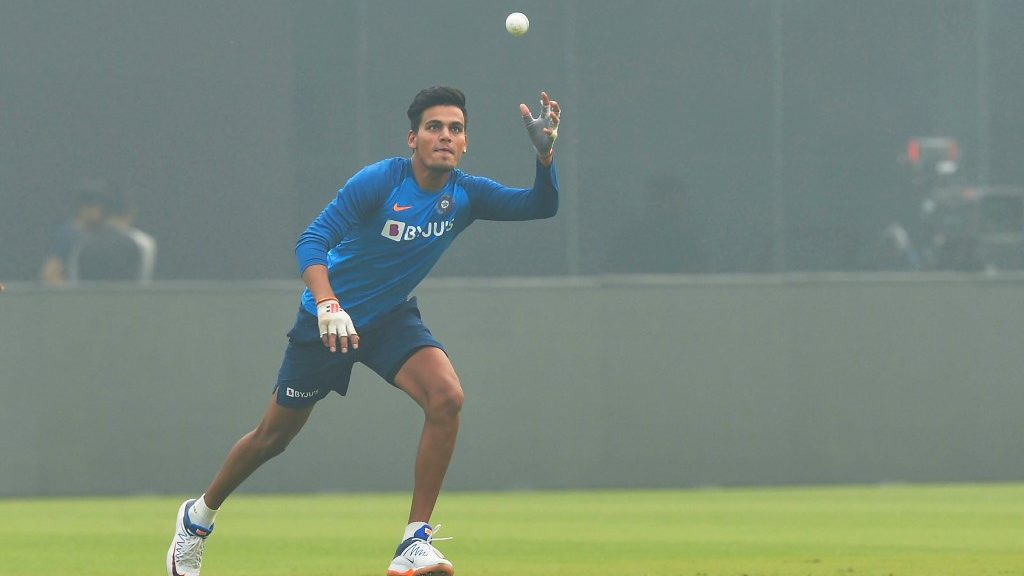 A depleted Indian team went down by 2-1 in the three-match T20I series against Sri Lanka. Carrying with them 25 players for the Sri Lanka tour, India would not have thought they would face a situation that forming an XI would become a task.

Although Krunal Pandya contracting with Covid-19 meant that he and each one of his eight close contacts were unavailable for selection for India’s second game against Sri Lanka, leading the team into some serious trouble. India had managed to take a 1-0 lead, although they lost the next two encounters to concede the series.

Even as the team went on to lose the series, there were plenty of positive takeaways for the visitors. India also regrouped their famed spin duo of Kuldeep Yadav and Yuzvendra Chahal during the ODI series in what was the first instance of them featuring in the same XI after the ICC ODI World Cup 2019.

Meanwhile, it was India’s young spinner Rahul Chahar who impressed former cricketer Aakash Chopra the most as he reckoned that he reminded him of Rashid Khan sometimes. Rahul bagged three wickets in the final T20I and constantly asked questions to the Sri Lankan batters.

Rahul Chahar has grabbed every opportunity that has come his way: Aakash Chopra

“Rahul Chahar doesn’t play regularly in the Team India squad since Yuzvendra Chahal is the No. 1 leg-spinner. Ravindra Jadeja and Washington Sundar are also other spin options Team India have. Varun Chakravarthy is also trying to make a name as a mystery spinner. But Chahar has grabbed every opportunity that has come his way to play for Team India,” Aakash Chopra said on his YouTube Channel.

“Chahar bowls with a lot of confidence and is incisive and accurate. He bowls quick through the air and the ball often zips past the batsman on pitching. From his action, it seems like he is bowling a googly when he is actually delivering a leg-spinner. He has got this mystery about him and variations, which remind me a little about Rashid Khan. If he does well in the IPL, Team India will be tempted to play him in the T20 World Cup along with Chahal.”

“Don’t forget Kul-Cha. There was a reason they were playing together for Team India at one point of time. Whenever they get chances, they will do well. Both Kuldeep and Chahal made a major impact in the first two ODIs and were among the wickets as well. Kuldeep got an opportunity in the T20Is too and did not let the chance slip. There is a lesson for KKR in this. They need to play him and give him that confidence.”